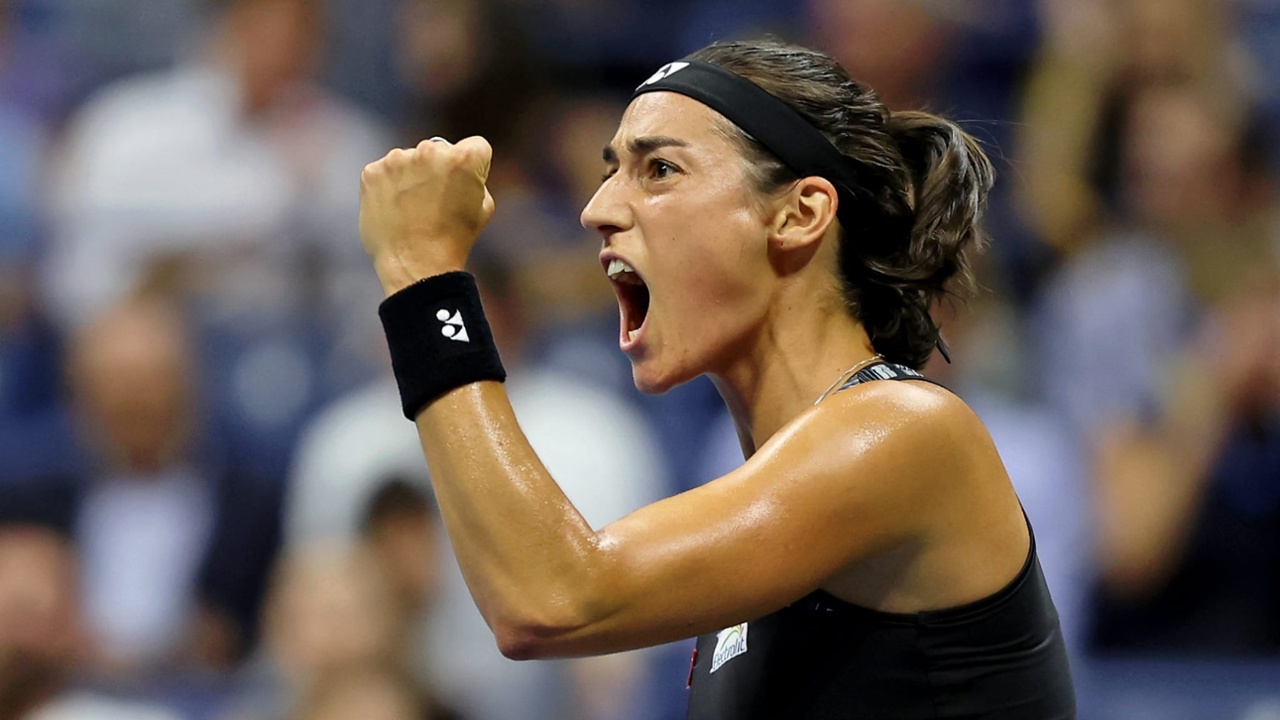 The women’s semifinals will take place on Thursday night in New York, headlined by the WTA’s two best players of 2022: Iga Swiatek and Ons Jabeur.  They will respectively face two resurgent players in Aryna Sabalenka and Caroline Garcia.  Which of these four women will advance to Saturday’s final, with one becoming a first-time US Open champion?

What a roll Garcia has been on these last few months.  After winning her second women’s doubles title at Roland Garros, she won a title on grass on Bad Homburg, a title on clay in Warsaw, and a title on hard in Cincinnati.  And in Cincy, she came through qualifying to win the event.  Caroline is on 13-match win streak, and has also taken her last 13 sets.  In this tournament, no player has earned more than four games against her in a set, so she has completely dominated proceedings.

Jabeur has contested many tight sets, yet only lost one of them.  She is vying for her second consecutive Major final after her disappointing loss in the championship match at Wimbledon, where she let a one-set-lead slip.  She is 43-13 on the year, yet hard courts have easily been her weakest surface, where eight of her losses have occurred.

Ons leads their head-to-head 2-0, with both matches occurring at hard court Majors: the 2019 US Open and the 2020 Australian Open.  And while Jabeur’s game has advanced since those victories, Garcia is a completely different player than she was a few years ago, and is brimming with confidence.  She has been stepping well into the court and blistering the ball, taking valuable time away from her opponents.  But can Garcia maintain that level in the biggest match of her career, her first Slam semifinal?  Based on the poise and determination she has displayed this fortnight, I like her chances.

Swiatek has not played her best tennis this summer, nor during this event.  After going on a 37-match win streak earlier in the season, which included her second Major title at Roland Garros, she went just 2-2 on hard courts in August prior to this tournament.  However, as champions do, she has persevered and advanced to this semifinal without her top level, still managing to only drop one set.

Even though Sabalenka was a semifinalist here a year ago, as well as at last year’s Wimbledon, it’s quite surprising to see her back at this stage at this time.  Aryna endured some terrible double fault issues this season, and in the second round last week, was down a set and 5-1 to Kaia Kanepi.  But after escaping that near-defeat, she’s played a lot more like the 2021 version of herself, defeating two of the WTA’s biggest hitters in Danielle Collins and Karolina Pliskova.

Swiatek is 3-1 against Sabalenka, with all four matches taking place within the past year.  Aryna prevailed 7-5 in the third at last November’s WTA Finals, but since then, it’s been all Iga.  The set scores in their three matches this year have been 6-2, 6-3, 6-2, 6-2, 6-2, and 6-1.  And Sabalenka has some serious scar tissue to overcome, as she’s 0-2 in Slam semis.  Last year in the same round of this event, she lost a heartbreaker to Leylah Fernandez 6-4 in the third, and Aryna had a bit of a meltdown at the end of that match.  All that makes Swiatek the favorite to reach her third Major final.

Rajeev Ram and Joe Salisbury (1) vs. Juan Sebastian Cabal and Robert Farah (13) – The top seeds and defending champions are on an eight-match winning streak, coming off a title run in Cincinnati.  Cabal and Farah won this event in 2019, yet arrived in New York on a three-match losing streak.  When these teams met this season in Monte Carlo, Ram and Salisbury won in a third-set 10-point tiebreak.