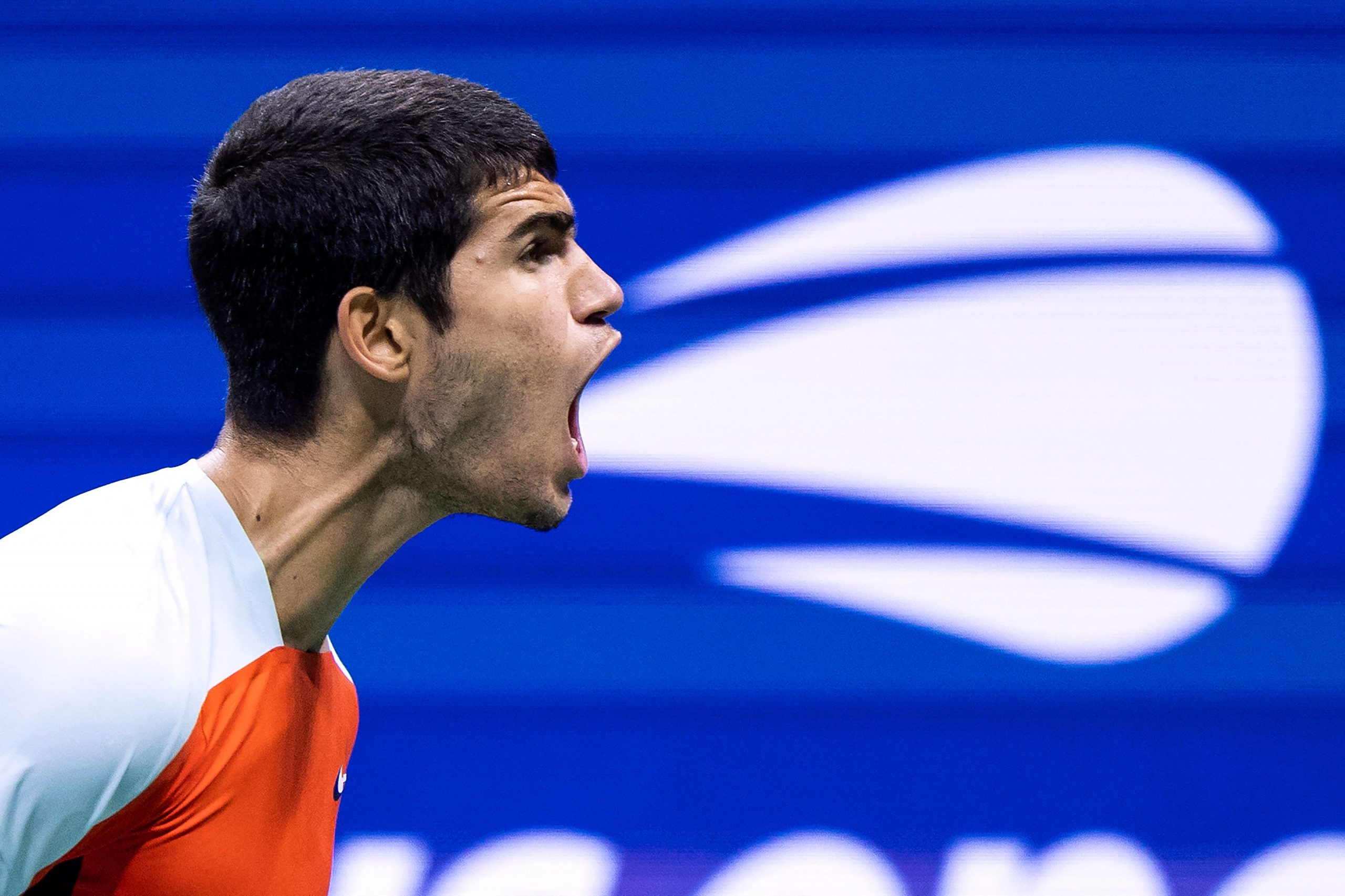 Carlos Alcaraz in the quarterfinals (twitter.com/usopen)

The men’s semifinals feature four players all vying for their first Major title.  Roland Garros runner-up Casper Ruud is the only remaining man who has previously played in a Slam semifinal.  Carlos Alcaraz, Frances Tiafoe, and Karen Khachanov are all making their debut at this stage of a Major.  And both Ruud and Alcaraz have a chance to leave New York as the new world No.1 if they win the title, or if one reaches the final and the other loses in the semifinals.  Which two men will advance to Sunday’s championship match, and which one will become a first-time Slam champ?

Also on Friday, the men’s doubles final will be played.  And it is a blockbuster between the top two seeds.

Ruud has reached this semifinal rather efficiently, dropping only three sets.  And in the one five-setter he played, he comfortably claimed the fifth set 6-0.  Casper previously had the reputation of being a clay court specialist, but he’s now 17-6 this season on hard courts, and was a finalist at the Masters 1000 event in Miami.

Khachanov was a two-time Major quarterfinalist before this fortnight, yet those results came on clay and grass.  He had never previously advanced beyond the third round of a hard court Slam.  None of his matches at this event have been easy, as he lost at least set in each.  Karen is coming off consecutive five-setters against Pablo Carreno Busta and Nick Kyrgios.

Their only prior encounter occurred two years ago on clay in Rome, with Ruud prevailing 6-1 in the third.  And Casper looked extremely sharp in the last round against another big server, Matteo Berrettini, returning aggressively and breaking the Italian five times across three sets.  Ruud will also be the fresher competitor on Friday, despite each player having two full days of rest.  Casper should be favored to reach his second final out of the last three Majors.

These are two of the sport’s most exciting, charismatic young stars.  But only one will reach their first championship match at a Major this week.

Tiafoe has exhilarated the New York audience, and dropped only one set through five matches.   He is a perfect 6-0 in tiebreaks during this tournament, and spent significantly less time on court than Alcaraz.

Carlitos has played consecutive epics that ended early in the morning.  In the fourth round, he came back from a set down in the fifth to defeat Marin Cilic.  In the quarterfinals, he played for five hours and fifteen minutes, and until nearly three in the morning, to overcome Jannik Sinner in what was easily the best match of the year to date.

Tiafoe and Alcaraz have only played once, a year ago on clay in Barcelona, with Frances winning in straight sets.  Even though that was only 17 months ago, Carlitos was ranked outside the top 100 at the time, and he’s now the ATP’s winningest player in 2022.  However, while he’s one of the fittest athletes in the sport, he can’t possibly be 100% coming into this semifinal.  Even by five-hour match standards, that quarterfinal with Sinner was incredibly taxing, with an extremely high level maintained throughout the match.  And that will be a huge advantage for a confident Tiafoe, who also thrives playing in front of big crowds, and in night matches in his home country.  I like Tiafoe’s chances of becoming the first American man to reach a Major singles final since Andy Roddick.

Rajeev Ram and Joe Salisbury (1) vs. Wesley Koolhof and Neal Skupski (2) – Ram and Salisbury are the defending champions, while Koolhof and Skupski are easily the best men’s doubles team of 2022, with six titles.  These teams split two meetings earlier this year on hard courts.