ATP Finals Daily Preview: Rublev and Ruud Battle for the Final Spot in the Semifinals - UBITENNIS 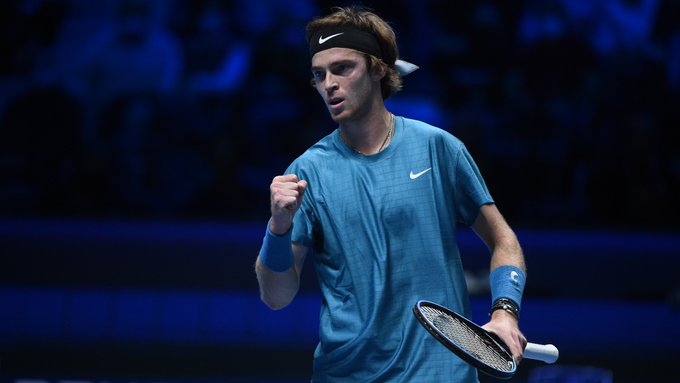 The top three seeds have already qualified for the semifinals in Turin.  Novak Djokovic, Daniil Medvedev, and Sascha Zverev have secured their spots, while fourth-seeded Stefanos Tsitsipas withdrew due to injury.  Will it be the next-highest seed in Andrey Rublev advancing, or eighth-seeded Casper Ruud?

Also on Friday, Djokovic will face Cam Norrie in a match with no advancement implications, but with ranking points and prize money to be gained.  And in doubles, three teams will be competing for the final two spots in Saturday’s semifinals, with the advancement scenarios in the below table provided by the ATP:

Each day, this preview will analyze the most intriguing matchup, while highlighting the other matches on the schedule.  Friday’s play gets underway at 11:30am local time.

Rublev defeated an injured Tsitsipas in his opening match, but lost to Djokovic on Wednesday, winning only five games across two sets.  Ruud also lost to Djokovic in straights, but two days later came back from a set down to defeat Cam Norrie.  The head-to-head between Andrey and Casper has been completely one-sided.  Rublev leads 4-0, and has taken their last eight sets.  Three of those four matches were on clay, while the other was at this year’s Australian Open, where the Russian nabbed the first two sets before Ruud retired from the match.  Rublev has won 64 hard court matches since the start of 2020, yet has lost five of his last seven.  Ruud has won six titles since the start of 2020, though only one them was on this surface.  The most noteworthy stat may be Ruud’s 2-8 record this season against the top 10, and he’s lost his last 12 sets.  That makes the world No.5 a clear favorite to round out the semifinal field.

Novak Djokovic (1) vs. Cameron Norrie (Alt) – Djokovic has already advanced, while Norrie cannot.  This will be their first career meeting.  Cam has an astounding 53 wins this season, though just like Ruud, he’s 2-8 against the top 10.

Pierre-Hugues Herbert and Nicolas Mahut (3) vs. Jamie Murray and Bruno Soares (7) – Herbert and Mahut will advance if they win, or if they lose and Ram/Salisbury win.  Murray and Soares have been mathematically eliminated.  These teams split four meetings between 2016 and 2017, but haven’t played since.