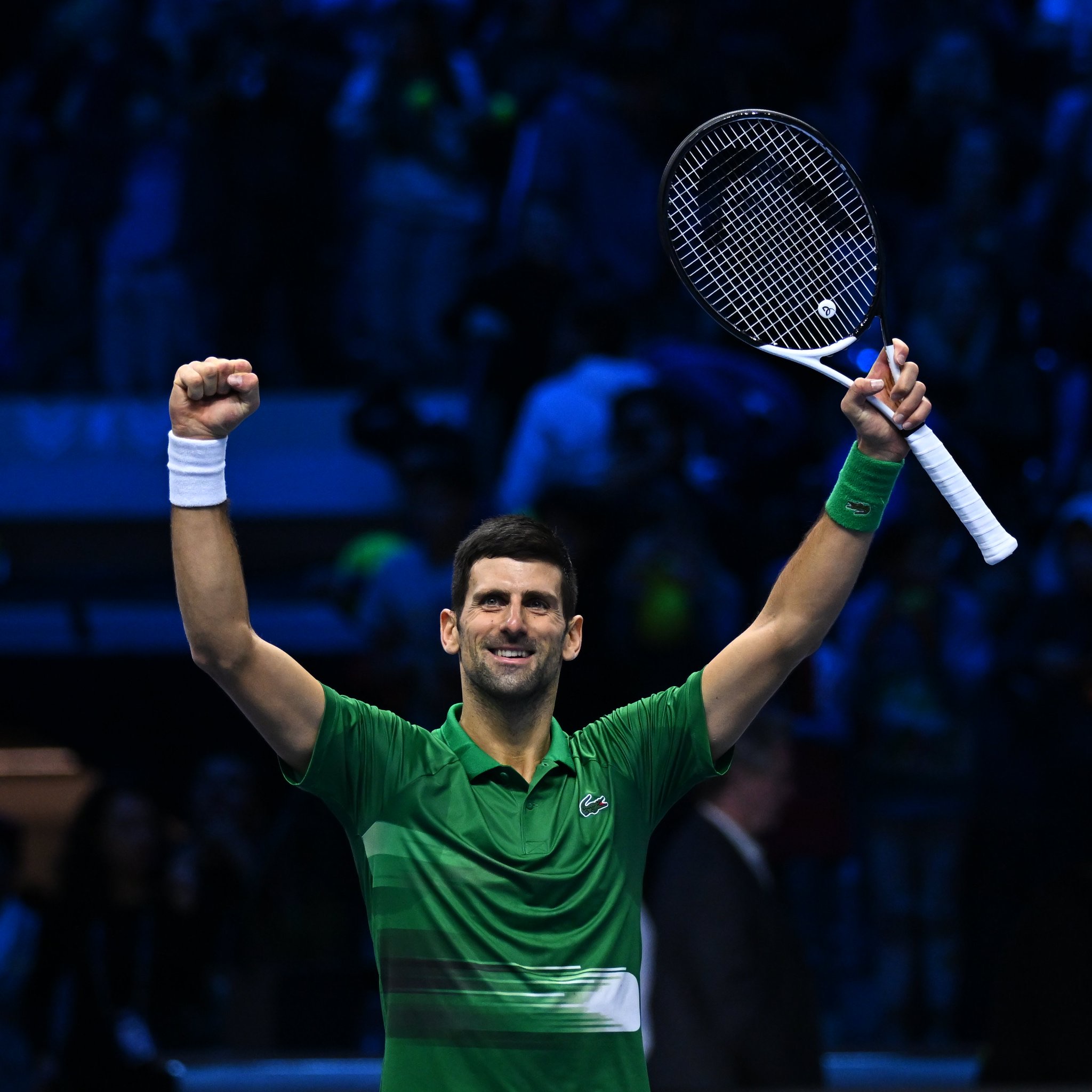 The Serb won his first title for seven years after a clinical display against the Norwegian.

The victory also means Djokovic is now only just over 2,500 points behind world number one Carlos Alcaraz with no points to defend at the Australian Open.

It was a clinical start from Djokovic who dictated the rallies from the baseline and anticipated Ruud’s serving patterns with authority.

Ruud looked a little nervous and passive at the start of the match but once he successfully saved two break points in the second game, settled into the match well.

The current world number eight had very little answer to the Norwegian’s accurate serving but continued to establish his authority on serve.

Despite Djokovic’s late returning pressure in the opening set, Ruud managed to produce big serves in crucial moments and escape to service holds.

After initially winning the longer rallies, Ruud eventually began to lose momentum and was getting outmuscled by Djokovic in the cross-court backhand battle.

This proved costly as Djokovic carried the momentum into the twelfth game and dominated the tempo of the rallies.

The five-time champion was clinical on return and some impressive angles saw him convert his first set point and seal the opening set in 53 minutes.

Ruud looked visibly frustrated that he couldn’t take advantage of a fatigued Djokovic in the opening set and built some early confidence in the second set.

However in the fourth game that counted for nothing as the Serb continued his impressive consistency on return as he broke with conviction.

The Norwegian wasn’t too dispirited though as he continued to pound away through Djokovic’s wall of defence and created half-opportunities to break.

However Djokovic’s mental toughness and impressive consistency in big moments as an ace down the middle secured his sixth title at the Nitto ATP Finals.

After the match Djokovic described what the difference was today and thanked his team for the support over the season, “It is finals. Usually these kind of matches are decided by very small margins,” Djokovic told the ATP website.

“One break of serve was enough in both sets. I knew Casper was playing really well coming into this match. We both served really well and I think in some decisive moments, like the 12th game of the first set, I managed to put a few returns back in play.

“To my team, another year has passed on the ATP Tour. Thank you to everyone who helps me and pushes me everyday, Without you it would not be possible. It has been a year of many highs, some really big highs. Of course, some lows. I look forward to the next season already.”

The victory seals Djokovic’s fifth title of 2022 and the 91st title of his career which means he will become the new world number five on Monday.

Andrey Rublev Positive And Motivated Ahead Of 2023 Season