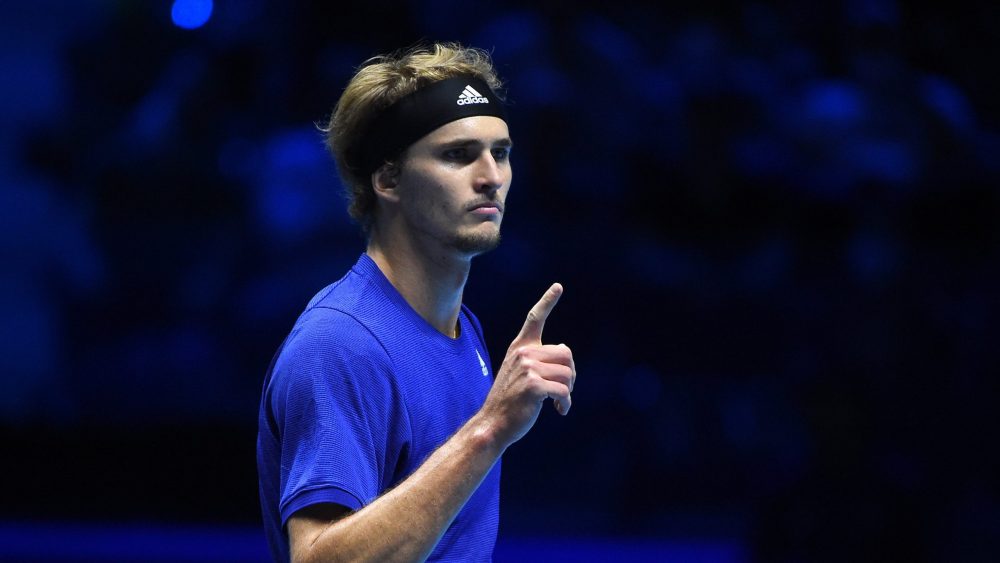 Alexander Zverev is looking forward to his semi-final showdown with Novak Djokovic after defeating Hubert Hurkacz at the Nitto ATP Finals.

The German sealed his place in the last four with a 6-2 6-4 victory over Hurkacz, who ended his campaign with a 0-3 group record.

Zverev was relentless in the opening set taking advantage of a underwhelming display from the Pole, who was struggling from sickness.

However the German had to be at his best in the second set to resist the Hurkacz pressure which he was.

After the match the Olympic champion told the press that he was relieved about winning today, “I think it was a very different match than against Medvedev, because there was not as much rhythm,” Zverev admitted.

“I think Hubi was going for his shots a lot more and the points were shorter. But in the end of the day, I won in straight sets, I’m through, and I’m happy about that. I did what I could today, and I won the way I should have won. I’m happy about that. That’s the most important right now.”

Next for Zverev will be world number one Novak Djokovic in the semi-finals with the German meeting the Serb for a fifth time this season.

Two of their meetings have been in semi-finals and Djokovic leads the head-to-head for the year 3-1.

Speaking ahead of the match Zverev told the press that he will have to suffer a lot and there is not much difference between the two players, “Yeah, I mean, we played basically every single big event this year on hard court against each other, right?,” Zverev asked.

The match will take place on Saturday with Zverev looking to repeat his performance in the final of 2018 as he searches for a second Nitto ATP Finals titles.

In the other semi-final Daniil Medvedev will play the winner of tomorrow’s match between Andrey Rublev and Casper Ruud.

ATP Finals Daily Preview: Rublev and Ruud Battle for the Final Spot in the Semifinals