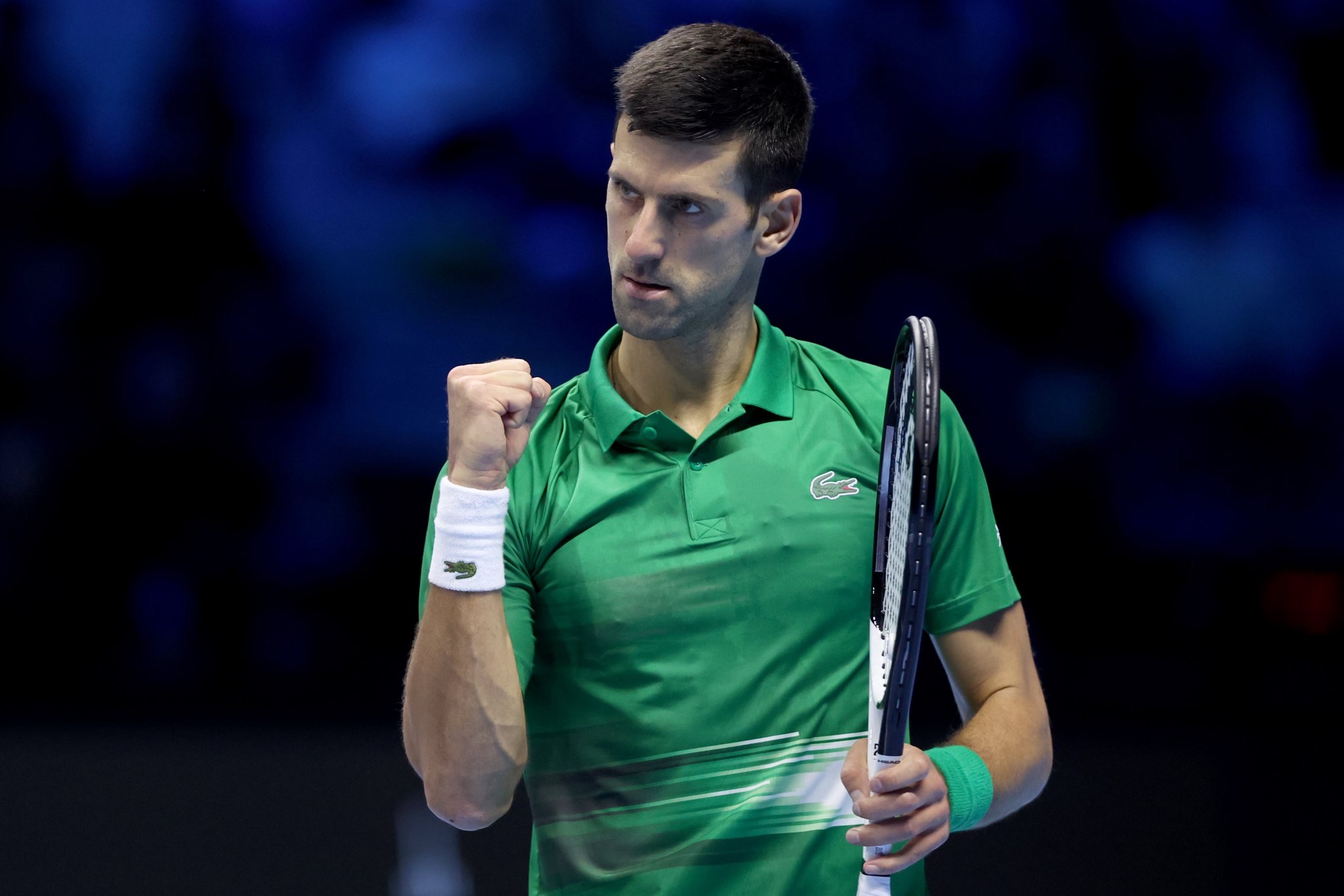 The Serb remained undefeated in Turin after winning an epic battle with Medvedev in a crazy match that lasted three hours and 11 minutes.

Medvedev’s loss means he has lost all three group stage matches in Italy, with all of them being in last set tiebreaks.

Djokovic will return in less than 24 hours as he takes on Taylor Fritz in the semi-finals.

After a tough opening to the match for both players, it was Djokovic who was seemingly more in control of his destiny than Medvedev was.

Accurate serving and flawless baseline play saw Djokovic establish control in the second set breaking in the eighth game and closing out the opening set in 47 minutes.

Medvedev played an incredible opening set but lacked conviction in the big moments as he struggled to make an impact on return.

In the second set, Djokovic continued to dictate play on return as he tested Medvedev’s inconsistent serving and overall play to the limit.

However Medvedev battled to service holds and was now ensuring that the match was played to his style which was brutal rallies and a war of attrition.

That seemed to knock Djokovic off his game and the Serb was starting to fatigue in a match that he didn’t need to win.

The world number eight was struggling with problems in his eye and some muscular tiredness.

This allowed Medvedev to create an opening and the Russian created three set points in the tenth game.

However Djokovic denied the Russian and forced a second set tiebreak as Medvedev sensed his opportunity.

It was a brutal tiebreak with lots of momentum swings but in the end, too many unforced errors from Djokovic saw the tiebreak end up in Medvedev’s favour as a third set would be produced.

Djokovic was starting to look very uncomfortable physically but continued to pound away on Medvedev’s defensive skills.

Both players cruised to service holds and would save their energy for a brutal last few games of the contest.

It would be Medvedev who broke first, converting his second break point in a 16 minute long game before Djokovic responded immediately in the very next game.

The Russian’s failure to serve the match out would cost him once again just like it did against Stefanos Tsitsipas.

Djokovic cruised to the tiebreak, sealing a three hour and 11 minute victory ahead of his semi-final with Taylor Fritz tomorrow.

As for Medvedev, he now ends his season having lost all three group stage matches in last set tiebreaks.