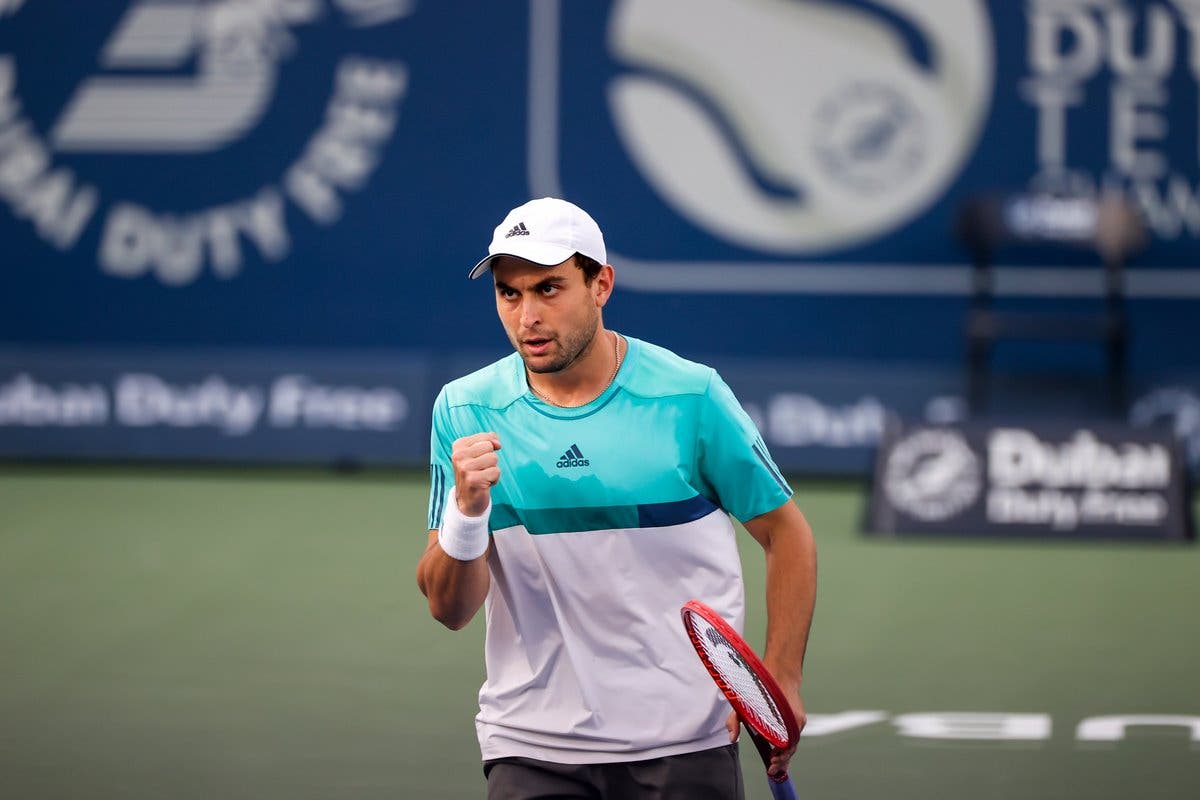 The rapid rise of Andrey Karatsev has sent shockwaves through the men’s Tour as his coach unveils one of his goals for the summer.

Over the weekend the 27-year-old clinched his maiden ATP title at the Dubai Tennis Championships with a clinical 6-3, 6-2, win over Lloyd Harris. The victory secured the Russian’s entry into the world’s top-30 for the first time in his career when they are updated on Monday. Continuing what has been a rapid rise for Karatsev who was ranked 293rd in January 2020.

Karatsev, who became the first man in the Open Era to reach a major semi-final on his debut at the Australian Open earlier this year, is hoping to continue his momentum over the coming months. According to his coach, Yahor Yatsyk, the team is working towards a goal of winning a medal at the Olympics. Something that hasn’t been achieved by a Russian man since Yevgeny Kafelnikov clinched gold at the 2000 Games in Sydney.

“We really want to play at the Olympic Games, to represent the country (Russia),” Yatsyk told the Tass News Agency.
“We are not thinking strongly yet, but we need to start preparing. This is a different tournament, especially for our countries, the Olympics have always been significant, and we want to bring the country a medal. If it works out, then a gold one.”

Karatsev has been working with Yatsyk for the past three years and is currently based in Minsk, Belarus. Before that he was based in Barcelona, Spain and Halle, Germany. He credits his mentor, who used to play on the lower-level Futures circuit, for helping improve the mental side of his game.

“My coach right now who is helping me a lot mentally. It’s one of the most important things in our sport, to be ready mentally,” Karatsev said during an interview with atptour.com over the weekend.

It is the mental side which many believe is the secret behind the transformation in his success on the Tour. Speaking during the Australian Open, Yatsyk said the tennis star was at one stage ‘behaving like Mario Balloteli’ before he received a dose of tough love.

“I used harsh words, I used tough words but in the end he had trust in me,” Yatsyk revealled. “He understood and listened. Many players wouldn’t listen, they’d just change coach, but he did. He improved and now we see the result.”

Karatsev’s win-loss record for the season now stands at 12-2.

Related Topics:Aslan Karatsev
Up Next

Half-Hearted Stefanos Tsitsipas Has ‘Low Expectations’ For The Miami Open