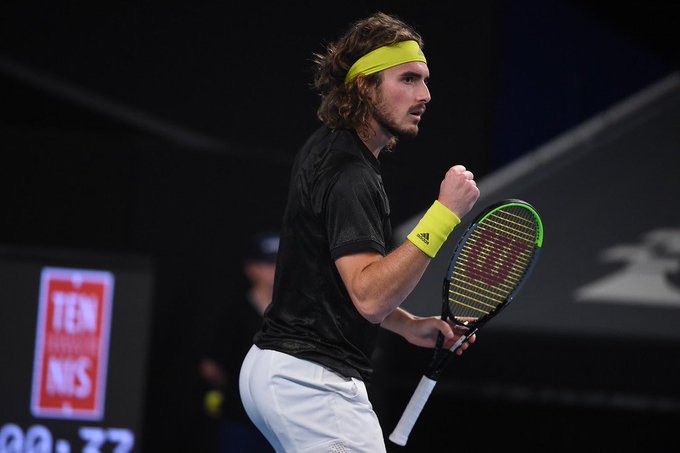 A series of top names withdrawing from a Masters 1000 event could be seen as a boost for Stefanos Tsitsipas but the Greek has voiced his own concerns about playing in the tournament.

The tennis star is ranked fifth in the world but will be the second seed in the upcoming Miami Open due to a series of top names pulling out. Novak Djokovic has decided not to play in order to spend more time with his family. Joining the likes of Roger Federer and Rafael Nadal who has also skipped the event. Overall, six top 20 players will not be playing in the tournament.

As a result of the loss of some top names, Tsitsipas has a golden opportunity to achieve his best run at the tournament so far in his career. It will be his third appearance in Miami after 2018 when he lost in the first round and 2019 when he lost in the third. However, the 22-year-old admits that he has little excitement about the upcoming tournament and facing the prospect of entering another bubble.

Tsitsipas says the tournament will ‘operate entirely on its own and with a different system.’ He goes on to say that the current situation is linked to why a series of players will not be participating but he refrained from mentioning the specific details.

“I like playing there but without fans it’s going to be really hard different and some other things that will be happening, as well, that I heard, I guess that also explains the absence of players. I don’t want to say more and comment more on that, but in a way I’m not surprised,” he said.

It is unclear as to why he says there will be no fans or if he was comparing Miami with Mexico in terms of public attendance. At present Miami has opened up their tournament and are selling tickets. This year only a limited number of fans will be allowed to attend the three biggest stadiums of the venue provided they have reserved tickets. Attendance will also be limited to between 800-1000 per session and therefore other courts will be fan-free.

During their stay players will be based in a bubble at one of the tournament hotels. Upon arrival they will have a COVID-19 test and they must remain in their room until the all clear is given. They will be transported to and from the Hard Rock Stadium via bus shuttle, and wil not be allowed to socialize with anybody outside of the bubble.

“I still think there will be energy because players are happy just to be playing in front of any fans,” tournament director James Blake told The Miami Herald. “They’re realizing how much they’re missing that interaction, that feedback from fans after big points, even if it is a smaller number. It will still be special for those fans. It will be a unique atmosphere, different from other years, but we have an amazing field and fans will get great tennis.”

Blake’s optimism comes amid the unpredictability of the virus. The Miami Open is located in Miami-Dade County which has recently experienced one of America’s worst outbreaks. According to the latest figures, 1,275 new cases and eight deaths were reported on March 20th. Overall, there have been more than 400,000 cases of COVID-19 in the county.