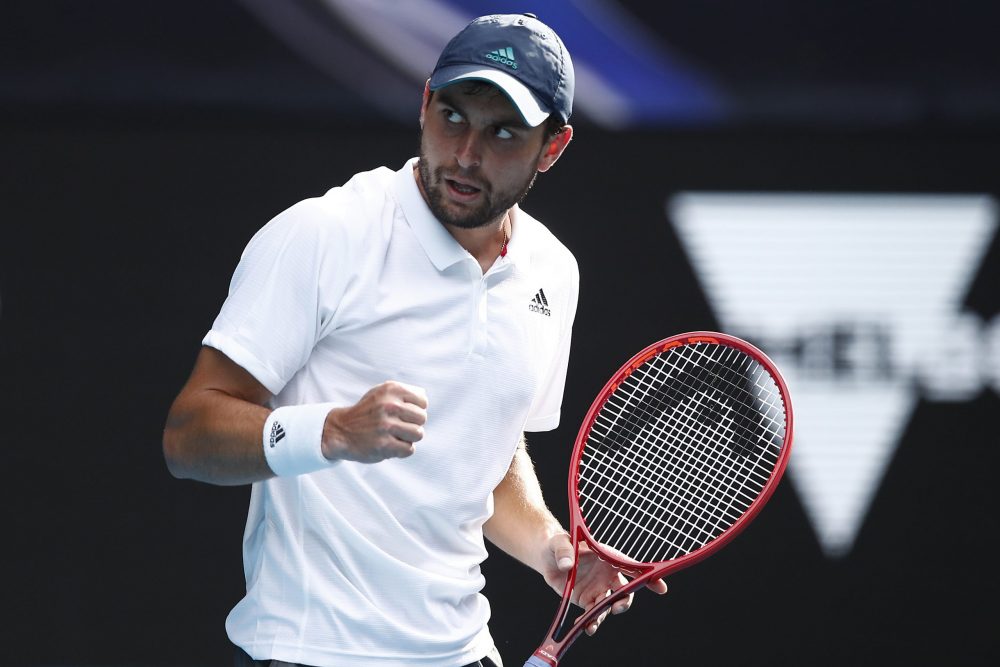 Russian underdog Aslan Karatsev has rewritten the record books after beating an injured Grigor Dimitrov in the quarter-finals of the Australian Open on Tuesday.

The 27-year-old qualifier valiantly battled back from a set down to stun the former top 10 player 2-6, 6-4, 6-1, 6-2, in what is his first ever Grand Slam main draw tournament. Although the win was overshadowed by the health of his opponent who struggled with a back injury throughout the last two sets and looked at one stage to be on the verge of retirement. Besides the physical woes of Dimitrov, Karatsev continued to produce some inspired tennis as he hit 34 winners en route to a historic victory.

“It’s an unbelievable feeling. It’s my first time playing in a (Grand Slam) main draw and now first time in the semis, incredible,” the world No.114 said during his on-court interview.
“It was a really tough one at the beginning for me to hold my nerves and it was really tricky. Then I tried to find a way to play in the second set and then in the third set he (Dimitrov) felt the back.”

Initially Karatsev was on his back footing against Dimitrov after dropping the opening set in just 34 minutes before facing a series of break points during the second. However, he managed to battle back by breaking twice to level the set at one-all before it became apparent that there was a physical issue bothering his opponent.

Throughout the third frame Dimitrov struggled with his movement on the court and was unable to serve at full speed. Enabling the 27-year-old qualifier to run away with the match with the help of some world class shot-making. During a medical time out Dimitrov confirmed that he had a spasm in his back which started yesterday and received treatment prior to the match.

The encounter was as much of a mental test for Karatsev who also had to contend with having to play somebody who was visibly injured. Nevertheless, it didn’t derail him from his game plan as he continued to hit some thunderous shots. A Dimitrov forehand error granted him another break to move 3-1 up in the fourth set and close in on a remarkable win. From that stage on it was only a matter of time before the Russian sealed the historic triumph. As Dimitrov served to stage in the match four games later, two return winners from Karatsev secured him the victory.

“I’m surprised that I am here. There was a lot of work done beforehand and I will just keep playing every match,” Karatsev told Eurosport.
“There were some tricky games and I tried to focus on myself, play my game and not see what was happening with Grigor.“

Ranked 114th in the world Karatsev has become the first man to reach a Grand Slam semi-final on their debut in the Open Era and only the second qualifier to have ever done so at the Australian Open. The first was Nicolas Escude in 1998. He is also the lowest ranked man to reach the last four at Melbourne Park since Patrick McEnroe in 1991.

The victory means that there will be two Russian men in the semi-finals of a major for only the third time in the Open Era. Daniil Medvedev plays Andrey Rublev in an all-Russian quarter-final encounter on Wednesday. As for Karatsev, he will next face the challenge of taking on either Novak Djokovic or Alexander Zverev.

“I’m trying not to think about it,” he said about the upcoming clash. “I am thinking about playing match-by-match.”

Karatsev has won nine Challenger titles in his career, including two last year.