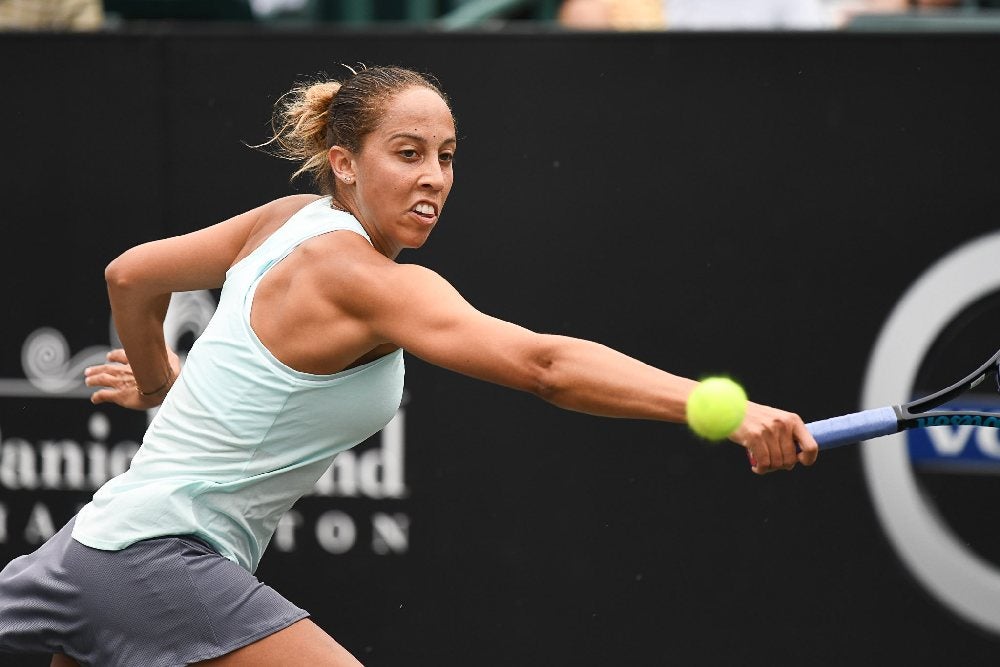 The remarkable Wimbledon run by 15-year-old Coco Gauff didn’t just make an impact on the tournament. It also left a lasting impression of some of her future rivals on the tour.

At the All England Club Gauff became the youngest player since Jennifer Cappriatti in 1991 to reach the fourth round. Since then, the rising star has become headline news around the world and is generating a lot of interest in this week’s Citi Open. Her first tournament since Wimbledon. Earlier this year Forbes magazine projected that Gauff will earn $1 million in endorsements this year.

The rise of Gauff is something Madison Keys can relate to. In 2009 she won her first WTA match at the age of 14 years and 48 days. Defeating Alla Kudryavtseva in the first round of the MPS Group Championships. She would then go on to win her first WTA title, crack the world’s top 20 and reach her first grand slam semi-final at the 2015 Australian Open before the age of 20.

“Honestly, I don’t think I do much reflecting on my career. I’m pretty focused on what I’m going to do next,” Keys said during an interview with The Washington Post. “[Gauff] makes me reflect a little bit, on the last nine to 10 years on the tour. I really love just how exciting [Gauff] is. When you’ve been playing, you lose that a little bit.
“It’s been fun to watch her and remind myself that I was that excited to play once,” she added.
“I’m trying to get back to that.”

When comparing her rise in the sport, Keys believes she had it easier. Saying that the presence of social media wasn’t as prominent as it is now.

“There wasn’t really Twitter or Instagram or anything like that, so I slid under the radar for a lot longer,” Keys said.
“How (Gauff has) handled that and how she mature she is — she’s so wise beyond her years.”

2019 has been a mixed season for 24-year-old Keys, who is seeded second in Washington this week. In her previous four tournaments, she has only won back-to-back matches in one of those. Doing so at the French Open where she reached the quarter-finals. Overall, her win-loss record for the seasons stands at 15-9.

Aiming for more consistency in the coming weeks, Keys has a total of 900 ranking points to defend between next week and then end of the US Open. As to her goals, the American says she want to have ‘have more peaks and not so many valleys.’

Both Keys and Gauff will play their first round matches at the Citi Open on Tuesday. Keys will play wild card entrant Hailey Baptiste and Gauff faces Zarina Diyas.

Karen Khachanov Working With Former No.3 Davydenko On ‘Unofficial’ Basis

Sloane Stephens Looking To Improve Fittness Ahead Of Washington Opener