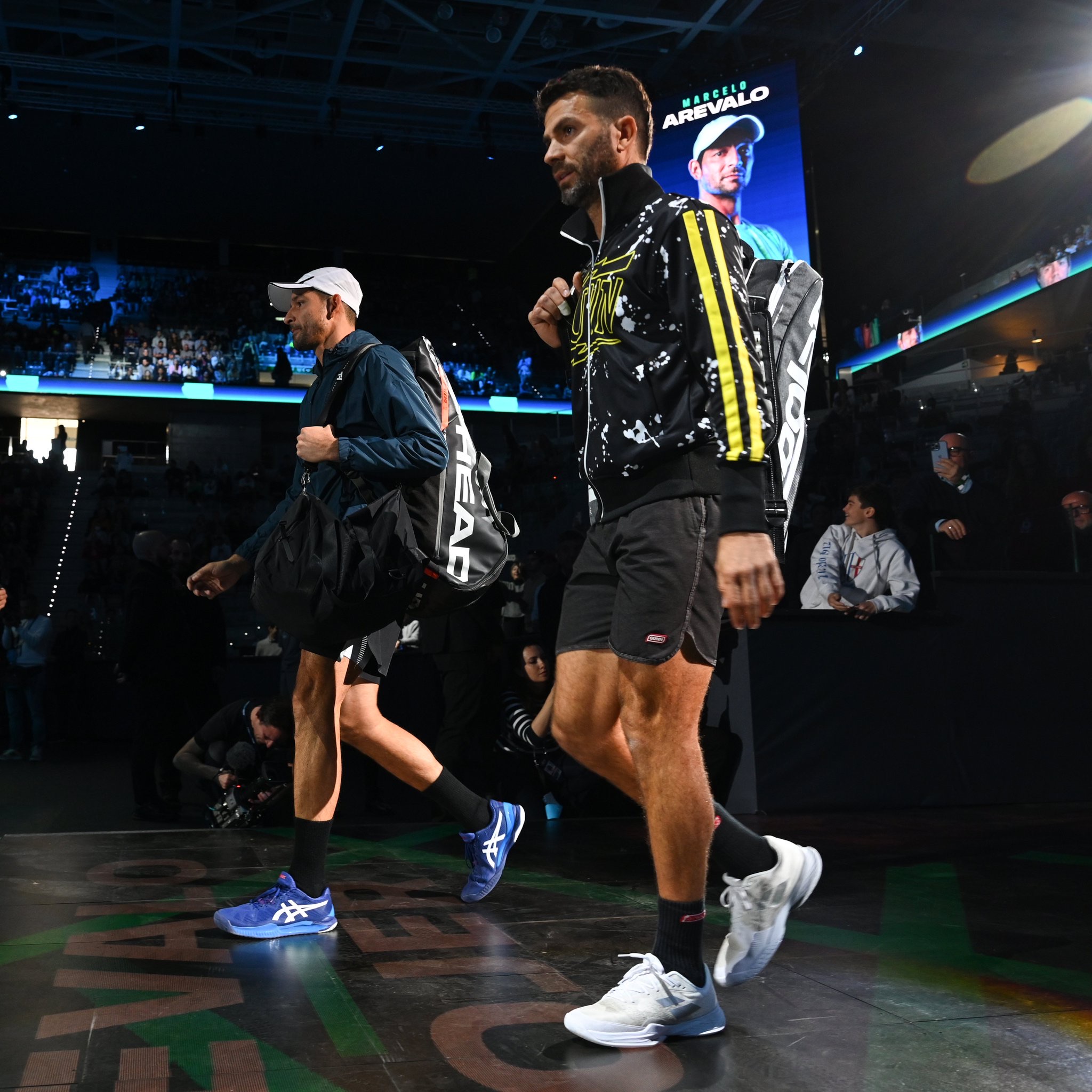 Marcelo Arevalo spoke about his journey to the Nitto ATP Finals after he and Jean-Julien Rojer claimed victory in Turin.

After losing a tight opening match to Lloyd Glasspool and Harri Heliovaara, Arevalo and Rojer knew they had to be on the top of their game to get through their second match.

However the Roland Garros champions responded to their opening group stage defeat in style as they edged past Marcel Granollers and Horacio Zeballos.

The third seeds claimed victory 6-1 6-7(3) 10-7 over the seventh seeds as they are know 1-1 for the group heading into their last match against Rajeev Ram and Joe Salisbury.

After the match, Arevalo spoke about his journey and representing his country El Salvador in the tournament, “I’m extremely happy. I know what it took to get here, first of all, and to win a match here is so important, for me, for my country, for the team,” Arevalo told the ATP website.

“[I’m] super happy, super excited. Especially the way that the match ended up, it was super close. A few points here and there that we were able to win in those important moments, key moments.

“We got the lead and basically, the difference was one point. That point that we got the mini-break at 5/5, that point was so important and we kept doing what we were doing.”

Arevalo’s journey is an incredible one having overcome many obstacles throughout his career but now is achieving his dreams in doubles.

The pairing got off to a fast start in Tuesday’s match having clinched the opening set in 22 minutes.

After a tight second set, Arevalo and Rojer won the big points in the match tiebreak to seal victory.

Rojer admitted that it was good to get a fast start and settle into the match quickly, “We obviously lost our first-round match, and as everybody knows, matches are very difficult to win here,” the Dutchman said.

“Everybody obviously plays so well, and the margins are so small. We wanted to come off to an aggressive start. That doesn’t always mean you’re going to do it, but I think that helped us a lot because then we could settle into the match.

“We used some other plays and tried some other things when we were far ahead in the first set that we thought could come in handy later in the match, so that was one of the keys to the match, to try to get a fast start if we could.

“We did, and again, just small margins out there. Those guys are tough, righty-lefty, both great players, just really happy to come through.”

As for Granollers and Zeballos, they are now 0-2 for in round robin action and will now play Glasspool and Heliovaara on Thursday.