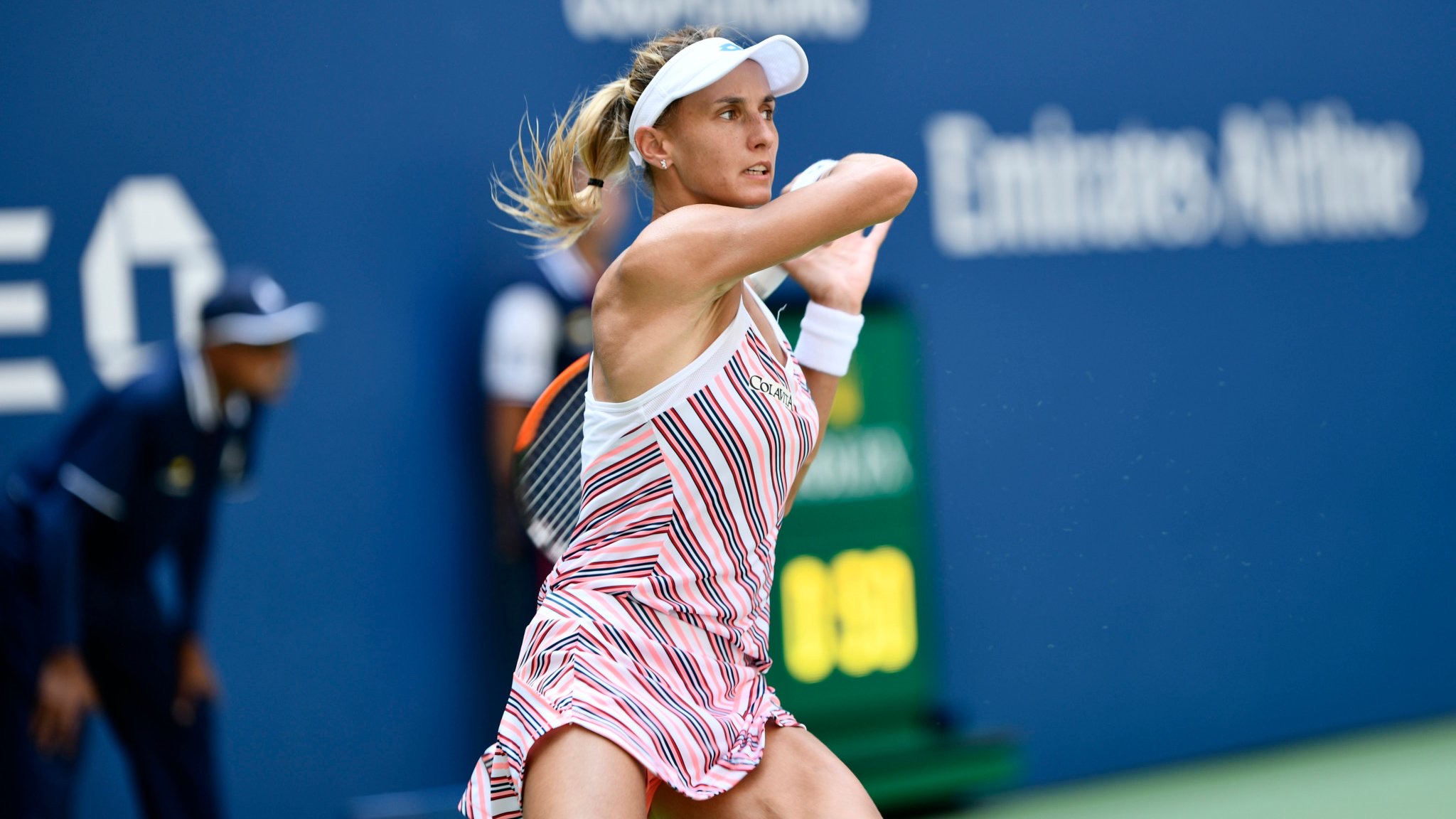 Lesia Tsurenko talked about her home country Ukraine and the lack of player support she’s received since Russia’s invasion.

Tsurenko spoke after her 54 minute defeat to world number one Iga Swiatek today where the Ukrainian only won two games.

The Ukrainian’s grand slam season has seen her qualify in impressive fashion for both the Australian Open and Roland Garros only to lose in convincing fashion to the world number ones in the opening round.

In Melbourne it was Ash Barty and in her press conference, Tsurenko compared the two players, “I think they play quite similar, just Ash using more slice on the backhand, but the speed is quite the same, the speed of the serve and the placement of the serve is the same,” Tsurenko said.

“I think there is a reason why they are number one. So I did not feel great, I’ll be honest. And especially getting Ash Barty when she’s not losing a match and playing unbelievable, and the same story with Iga.”

It’s been a difficult last few months for Tsurenko with all that has been going on in her home country after Russia’s invasion of the country.

The Ukrainian qualifier admitted that at first she did not want to compete at tournaments and wanted to go back at home, “I’ll be honest, I don’t feel great playing,” Tsurenko admitted.

“My first idea was to go home when it all started, and I had a long conversation inside of me that should I stay and play or should I just go to Ukraine and try to help there in some way, I don’t know in which way, but
just in some way.

“You know, I have where to go, where to practice, where to live, should I continue playing. Just because I’m not 20 years old any more and I’m old enough to understand a little bit more about this world and I understand that there is something much bigger than just a tennis match.

“I just decided that I will continue playing and I will try to win some matches, I will try to enjoy. I don’t want to put too much pressure on myself. I just want to enjoy every match.

“The Wimbledon decision, of course as a Ukrainian, I think that I should show as much support for my country as I can, and I think it was the right decision from Wimbledon just to show some support from the tennis world.”

Difficult circumstances mean that Tsurenko’s season has been disrupted as she tries to find the right balance between caring about her tennis and perspective.

Finally Tsurenko talked about the cold feeling she has in the locker room from her colleagues since Russia’s invasion.

Tsurenko feels there is a lack of support from but praised Swiatek and the connection between Ukraine and Poland right now, “That’s what I’m saying and this is, well, it is, for me personally it’s tough to be here, just because I don’t get much words said about the support of my country and this is, yeah, it’s just tough to be with people who looks like they don’t understand,” the Ukrainian let her frustrations known.

“It’s just tough. It’s just because it’s me, I’m Ukrainian, and there’s a war in my country and it’s tough. I think five players spoke to me, maybe four or five. Maybe few more coach. So, yeah, this, for me, as, again, it’s me, I would like to get more support probably, but what can I do?

“And I really appreciate the support that Iga is showing and I know that Poland in general is doing so much for Ukraine and that, I mean, they are amazing in general, the people, the president of Poland, the politics, everyone, just amazing support for Ukrainian people for Ukrainian refugees and what I see on the TV, the friendship between Ukraine and Poland is, it’s amazing.”

Tsurenko’s attention will turn to the grass court season while Swiatek will face Alison Riske in the second round.