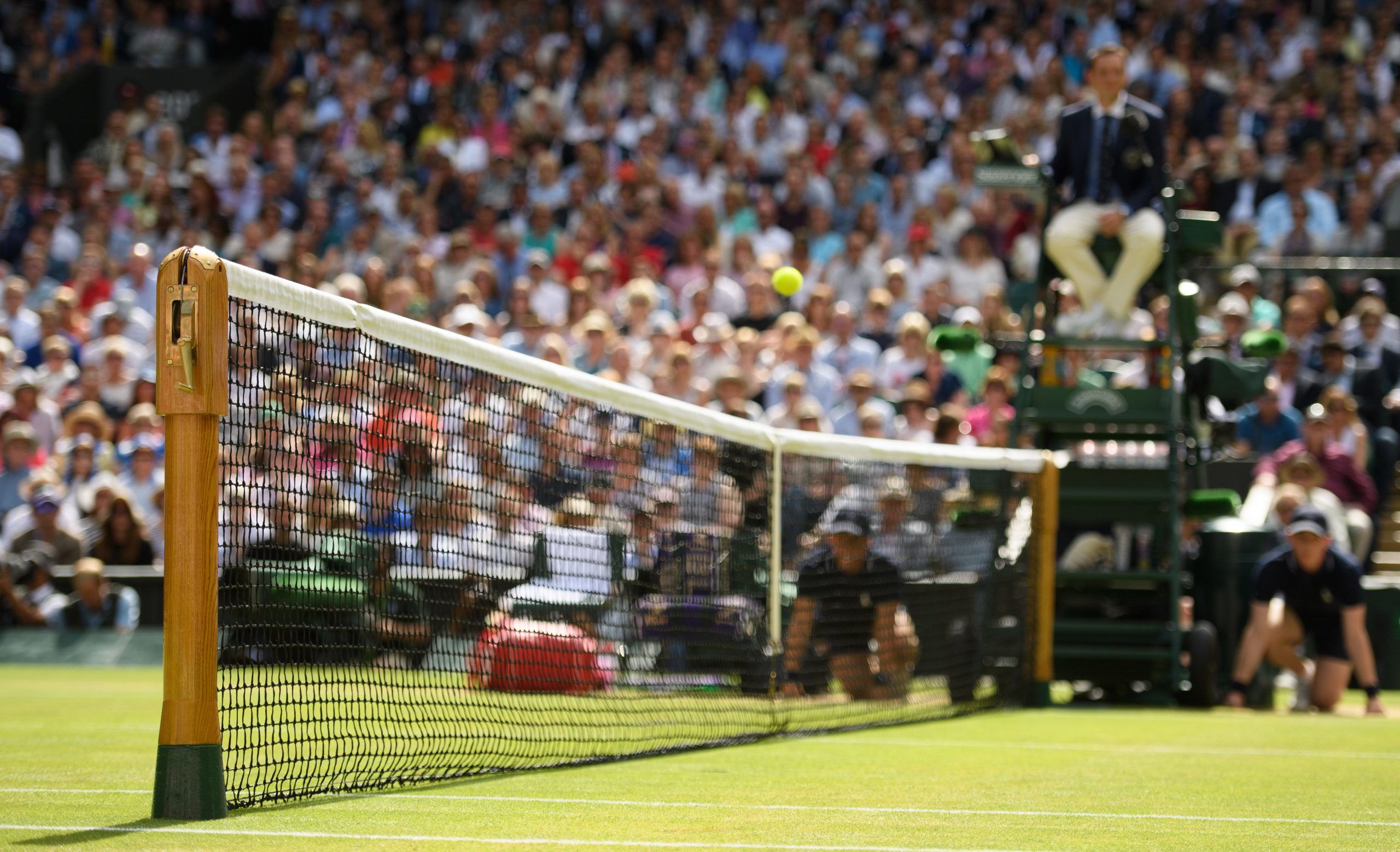 A ball going over the net during the match between Andy Murray (GBR) and Milos Raonic (CAN) in the Gentlemens Singles final on Centre Court. The Championships 2016 at The All England Lawn Tennis Club, Wimbledon. Day 13 Sunday 10/07/2016. AELTC/Bob Martin

Following Naomi Osaka’s revelation that she may not play at this year’s Wimbledon Championships, Tim Henman found himself in a tense argument with John McEnroe during a live discussion on Eurosport UK.

The four-time Grand Slam champion is the biggest name to date to hint that she may not play in the grass-court major following the decision to remove points from the tournament. This year Wimbledon has banned Russian and Belarussian athletes from playing due to the Ukrainian war. A decision which has prompted anger from other governing bodies of the sport who argue it is unfair to ban a group of players due to their nationality. It is feared that other players might follow the same path as Osaka in the coming months.

Henman, who is a member of the All England Tennis Club board, played down any potential significance over Osaka’s latest comment. Insisting that he believes a ‘vast majority’ of players will still participate in the Grand Slam.

“At the end of the day she is speaking for herself. I think the vast majority of players would look at the opportunity of playing at Wimbledon, the history and prestige of the event,” Henman said during the live broadcast.
“For a top player like Naomi, she is capable of winning any tournament she plays, so the idea of her having the opportunity of potentially winning the Wimbledon title and then turning that down I was certainly surprised to hear that. That’s her prerogative.”

However, the former British No.1 found himself under further pressure on air after McEnroe blasted the ban and even endorsed the possibility of a player boycott should they want to. Something which has only ever happened once in the Open Era back in 1973. That occured when the recently formed Association of Tennis Professionals (ATP) stated that none should compete if Nikola Pilic was not allowed to compete. Pilic was banned from the event by his national federation for allegedly refusing to play in a Davis Cup tie.

“I think it was a mistake by Wimbledon to do what they did in the first place. Kicking out the Russians and the Balarussians. I don’t know how they came up with the Belarussians too, but that’s a whole other story,” McEnroe commented.
“Then in my opinion it is compounded by the fact the ATP and WTA says there are no points. I don’t see how that helps the players. If the players really believe Wimbledon made a big mistake they should boycott the tournament.”

The reason why Belarussian players are banned from Wimbledon is due to their country’s support of Russia in the war. This is why on the ITF, WTA and ATP Tour’s they are only allowed to compete as neutral athletes like their Russian counterparts.

Henman continued to defend Wimbledon’s decision making but conceded that it was a lose-lose situation for all of those involved. There was previous talk of allowing players to participate if they signed documents condemning the actions of their government. However, this proposal never materialized due to safety concerts over players and their families.

“The reality of this situation for the championships, players and the Tour’s is that there are no winners. I feel enormous sympathy for the Russian and Belorussian players that cannot play,” he said.
“When you go through the circumstances that were presented for Wimbledon. The directive from the government is players are not allowed to play as neutral athletes as it has been on the Tour. The question in return is Wimbledon expected to turn around and say to the Government ‘actually we think we know better and we are going to do something different?’ That’s not going to happen.”

The debate between the two ended due to Novak Djokovic’s first round match starting. However, there was a blip during the warm-up when Henman’s microphone was accidentally kept on and a private conversation between him and Eurosport host Barbara Schett was broadcasted.

Henman: That’s it, I’m not talking about Wimbledon again!
Schette: He (McEnroe) brought it (Wimbledon points ban) up, actually I brought it up. Osaka brought it up, but Jesus, not easy for you.
Henman: That’s allright
Schette: I think that’s enough. Maybe we have to do it one more time with Christ (Evert)?

It was a tough day at the office for Henman to say the least.