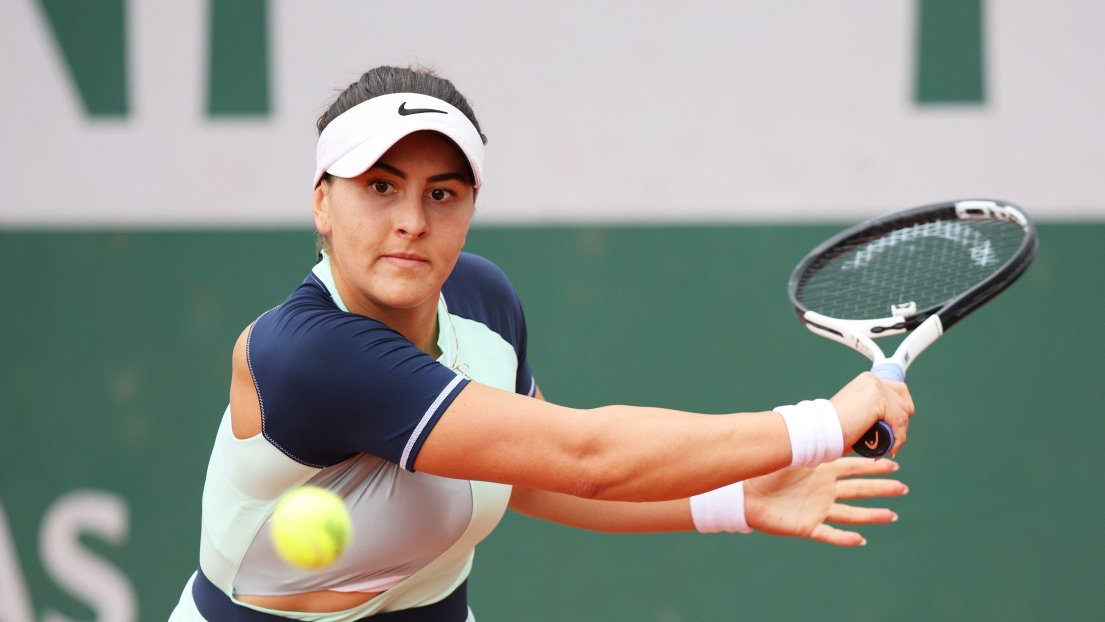 The Canadian improved on last year’s result by beating the Belgian in three sets to reach the second round.

Bianca Andreescu is into the second round of the French Open after beating the Belgian qualifier Ysaline Bonaventure in three sets 3-6, 7-5, 6-0 in one hour and 59 minutes.

The Toronto native served five aces and hit 33 winners while her opponent hit 39 unforced errors in a match that was a battle from the beginning to the end of the match.

It was the world number 72 who got off to a good start holding the opening service game and then getting the early break to take a 2-0 lead but wasn’t able to consolidate the break and the set went back on serve.

After breaking right back the Liege native continued to push and managed to break the Canadian once again to take a 3-2 lead and after consolidating the break, served out the opening set.

The world number 168 held her opening service game in the second set and continued to play her game, attacking from the baseline and earned the first break of serve of the set to take a 2-0 lead with a powerful forehand winner.

The following game the 2019 US Open champion struck back getting the break back but was broken the next game and the Belgian regained her one break lead.

The Canadian looked like she wasn’t going to give up and managed once again to break to go back on serve and managed to even the set at 3-3.

At 5-5 Andreescu earned the crucial break and served out the second set levelling the match at one set all.

Andreescu had four chances to break in the opening game of the third set and it was fourth time lucky for the Canadian who got the early break and was able to hold her serve to make it 2-0.

The Toronto native was able to turn that break into a double break this time cementing the break with a precise but powerful backhand winner to take a commanding 3-0 lead.

After that on a cold cloudy day in Paris the rain came down hard and play was suspended for one hour before the players were able to return when the Canadian held serve once again.

At 4-0 with the finish line in sight the world number 72 got another break of serve after a poor service game from the Belgian and was able to serve out the match.

Andreescu will now face the Swiss Belinda Bencic in the second round after she won her first round match on Sunday beating the Hungarian Reka Luca Jani 6-1, 6-1.