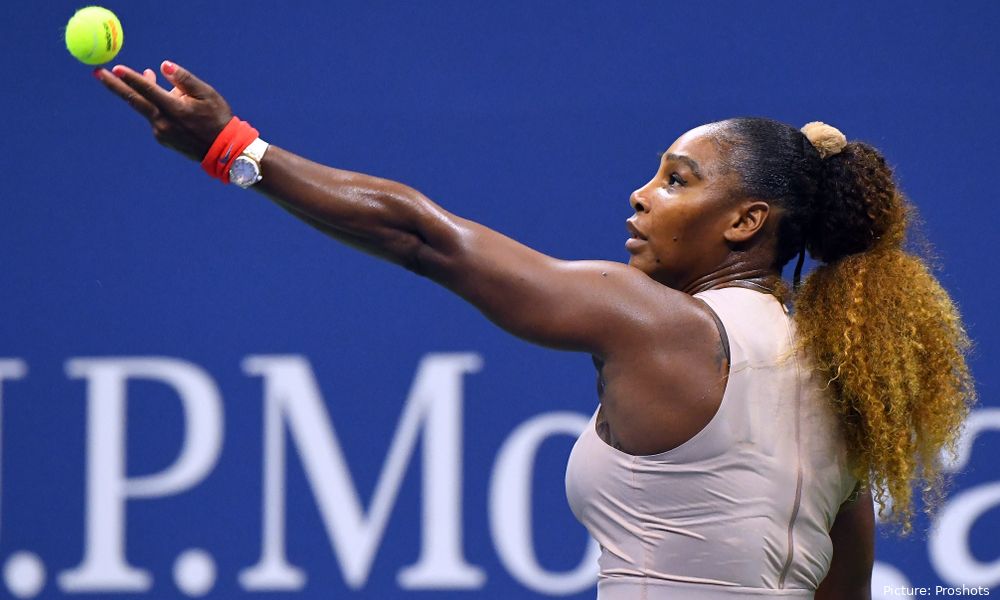 Serena Williams has called out double standards in tennis after Alexander Zverev’s outburst towards the umpire in Acapulco last week.

The 23-time grand slam champion has yet to play this season as she looks to recover from a hamstring injury at Wimbledon last year.

However Serena had the opportunity to speak to Christine Amanpour of CNN where she opened up on a variety of topics.

One of them was over double standards in Tennis with Alexander Zverev’s incident in Acapulco last week where he almost hit his racket at an umpire.

The German was fined $40,000 and his ranking points were deducted in comparison to the US Open final in 2009 for arguably a less dangerous incident, Serena was fined $175,000.

“I would probably be in jail if I did that – like, literally, no joke. ou see that (double standard) when you see other things happening on the Tour, like, ‘wait – if I had done that? Hmm. But it’s okay. At the end of the day, I am who I am and I love who I am.”

Serena has a past of calling out double standards in sport and is used to being unfairly treated because of who she is.

Speaking of treatment Serena also elaborated on her father who is the subject of the Will Smith film King Richard.

Serena says that she hopes to speak out about misconceptions about her career and spoke about how much her father has helped her in her career, “Unfortunately, entering a new sport where it’s predominantly, you know, White and having my dad have like this villain character, when it just wasn’t true, just having to deal with that my entire career, from day one to the very end, was just really important for us just to tell the truth,” Serena said.

The film involving Will Smith shows the hard work that Venus and Serena’s dad put in to produce two of the best players of all time.

Hours of dedication from an early age meant that Serena and Venus had the foundations to become the great champions that they have evolved into.

Speaking of Serena’s career, many fans are wondering when the American will make her return to the tour.

The American has said that a return to Roland Garros is in her sights but there are no guarantees that it will happen, “Paris is one of my favorite cities, and I actually love the clay. So we’ll see what happens. Hopefully if my body is holding up, then I’ll definitely be there.”

Roland Garros starts on the 22nd of May and will be the second grand slam of the season. Barbora Krejcikova is the defending women’s champion.