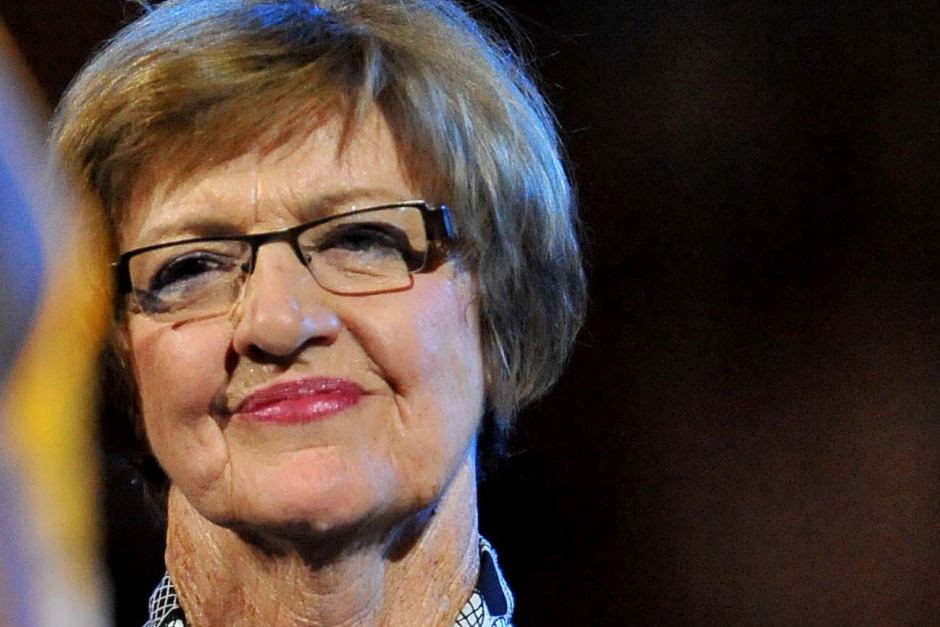 The most decorated Grand Slam singles champion in history has accused Serena Williams of failing to give her as much admiration as she gives her.

Margaret Court has also criticized the American for failing to acknowledge Ana Tomljanovic following her loss to her in the third round of the US Open. An encounter which is suspected to be the last singles match Williams will play in her career. The 80-year-old tennis Great has won 24 major tournaments during her career which is one more than Williams.

“Serena, I’ve admired her as a player,” Court said during a rare interview with The Daily Telegraph. “But I don’t think she has ever admired me.”

Continuing to speak out about the former world No.1, Court said it was ‘bad’ that she didn’t speak about Tomljanovic following their clash at the Arthur Ashe Stadium. Williams lost the match 7-5, 6-7(4), 6-1.

“I thought it was bad that Williams didn’t mention her opponent more when she spoke,” she says. “We were taught to honour our opponent. We respected one another.”

Despite her array of achievements, Court is a divisive figure. She claims she has been excluded from the sport due to her Christian beliefs which have generated controversy in the past. Especially concerning the LGBT community. In the past she has said that the women’s tour was ‘full of lesbians‘, described rival Martina Navratilova as a ‘bad role model’ due to her sexuality, boycotted Qantas airlines due to their support of marriage equality and publicly criticised former player Casey Dellacqua for having a baby with her same-sex partner by writing a letter to a newspaper.

Court, who is now a Christian pastor, claims she received little recognition during her time at this year’s Wimbledon Championships. It is tradition for the tournament to invite former champions to attend.

“It’s very sad, because a lot of the press and television today, particularly in tennis, don’t want to mention my name,” she said.

“It’s only when they have to, because I still hold so many records. In 2020, I was meant to be coming to Wimbledon for the 50th anniversary of my calendar grand slam.

“I didn’t lose any sleep over it. But the honour has not been there for what I did do. In my own nation, I have been given titles, but they would still rather not mention me.”

A better player in motherhood?

Some argue that Court’s achievements can’t be compared to players today because 13 of her Grand Slam triumphs occurred before the Open Era. It has been suggested that her 11 Australian Open titles have less value than Williams’ total of seven. Something she emphatically denies.

“I often hear Billie Jean (King) saying that people didn’t come down to Australia in my early years,” she said.

“But Maria Bueno, the world number one, came down. So did Christine Truman, Ann Haydon and Darlene Hard. Plus, Australia had some wonderful players. We had five girls in the top 10. Lesley Bowrey won two French Opens.”

She goes on to point out that unlike Williams she won Grand Slam titles after giving birth and played on the Tour seven years less than her.

“Serena has played seven years more than I did,” Court added. “I finished in my early 30s. People forget that I took two years out. I first retired … when I was 25, thinking I would never return to tennis.

“I got married, had a baby, but then had one of my best years, winning 24 out of 25 tournaments.”

“I came back after two babies. After having the first baby, I won three out of the four slams. And Serena hasn’t won a slam since she had a baby.”

Court also believes playing on the Tour back in her era was harder than it is now and players today don’t do enough to ‘honour the past of the game.’

During her career Court won a record 64 Grand Slam titles – 24 in singles, 19 in doubles and 21 in mixed doubles.

Coco Gauff ‘Getting More Comfortable’ On US Open’s Biggest Stage