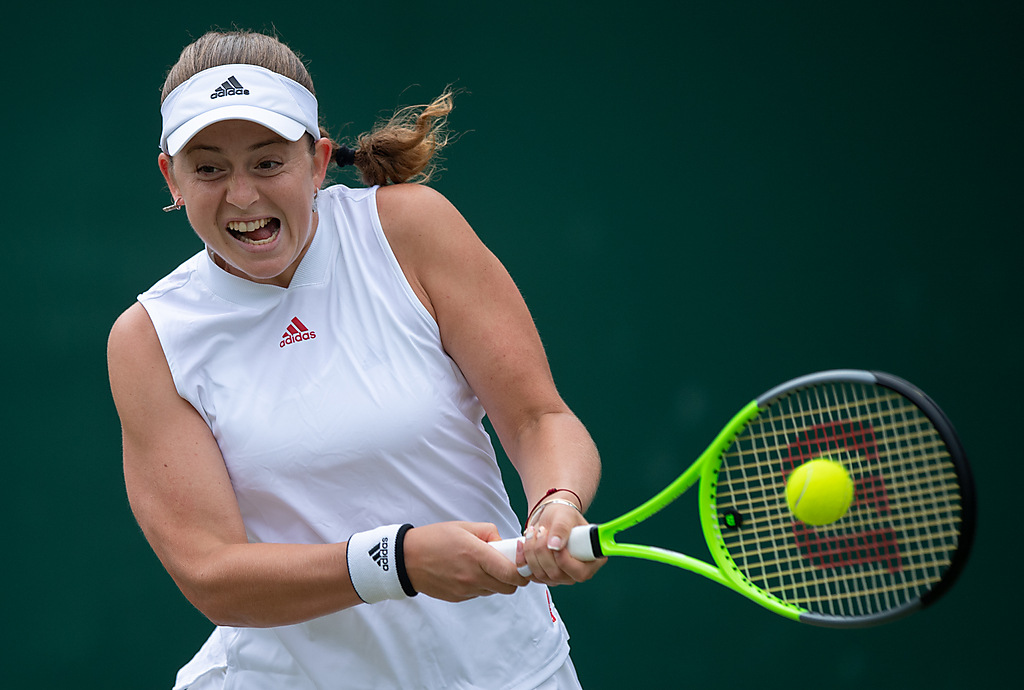 After her fairytale run at the Dubai Tennis Championships, Jelena Ostapenko has set some big goals which she hopes to achieve in the coming months.

The Latvian was in clinical form throughout her participation in Dubai which is categorized as a WTA 500 event. Impressively Ostapenko scored wins over Sofia Kenin, Iga Swiatek, Petra Kvitova and Simona Halep en route to the final. All of whom are former Grand Slam champions. Then in the final she dropped just four games against Russia’s Veronika Kudermetova. She also reached the final of the doubles tournament with Lyudmyla Kichenok where standing on the other side of the court was Kudermetova once again with her partner Elise Mertens.

“It’s not very often you have to play singles and doubles [finals] against the same person,” said Ostapenko. “I was really happy after my singles, I was in a very positive place.
“But I think Veronika, she wanted to win at least doubles because it’s not the best thing to lose in the [singles] final, to go to the [doubles] final and lose it. At least she has a doubles title. For me was very important to win in singles, which I did, so I’m happy.”

Ostapenko’s win continues what has been a solid start to the season for her. She also reached the semi-finals of the St. Petersburg Open, as well as the third round of the Australian Open. Last year she didn’t win any titles on the Tour.

Now with a spring in her step, the 24-year-old is eyeing a return back inside the top 10 for the first time since September 2018. On top of that, Ostapenko hopes to win a second Grand Slam title in the near future. Since claiming the 2017 French Open crown, she has only reached the second week of a major twice with the most recent of those being almost four years ago at Wimbledon.

“Of course, my goals are big: to win in another Grand Slam and to be back in top 10,” she said. “I didn’t expect that I would have such a great beginning of the year – not like I didn’t expect, but I never thought about it. I had a good pre-season, I was working hard. I’m playing well and getting some confidence, which is great.”

One of the people guiding Ostapenko on the Tour is former Wimbledon champion Marion Bartoli who first started working with the tennis player towards the end of 2019. Speaking to Tennis Majors following the conclusion of the Dubai tournament, Bartoli believes one of the key issues which has been troubling her player in recent years is the mental side of her game.

“She has a very aggressive game, but sometimes she’s lacking a bit of confidence in herself, and obviously having so much pressure of winning very early on a Grand Slam and you expect yourself to do so well every single time,” she said.
“Sometimes she just felt like every time she was on the court she had to play the same way as she did to win Roland-Garros.”

Ostapenko’s next challenge will be at the Doha Open where she is the 15th seed in the draw. In the first round she will play French qualifier Oceane Dodin. In her section of the draw, she could then face Amanda Anisimova in the second round followed by second seed Barbora Krejčíková.

Related Topics:jelena ostapenko
Up Next

Key Sponsor Sticks By Novak Djokovic Ahead Of Dubai Return