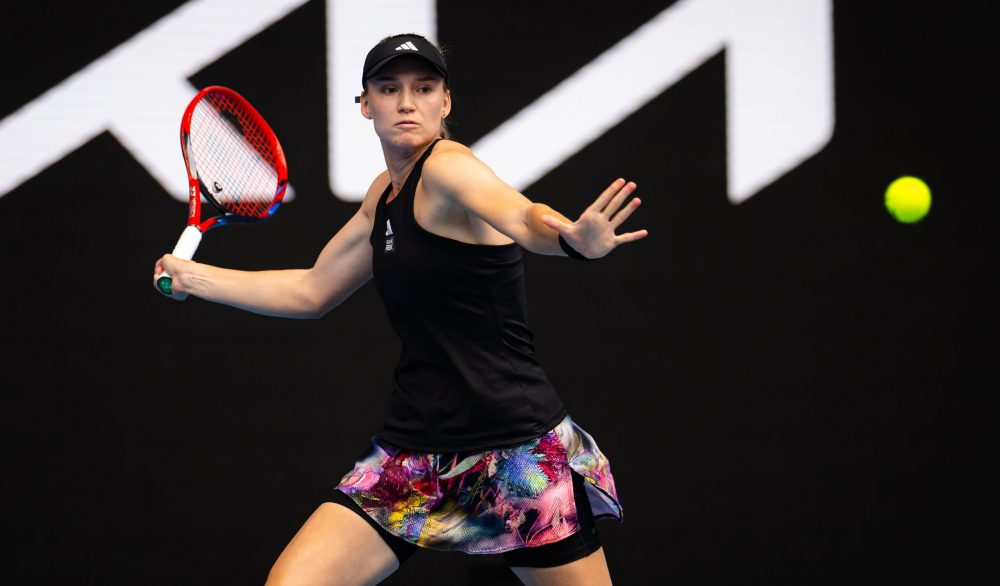 Elena Rybakina continues to prove that her shock run to the Wimbledon title last year wasn’t a one-off after easing her way into the semi-finals of the Australian Open on Tuesday.

The 22nd seed dropped just six games during her 6-2, 6-4, win over Jelena Ostapenko who was contesting the last eight of a Grand Slam for the first time since 2018. Rybakina’s clinical performance saw her hit 24 winners and 11 aces, as well as saving seven out of the eight break points she faced in the match. She has become the first woman representing Kazakhstan to reach the last four at Melbourne Park.

“I’m super happy to be in the semifinals,” said Rybakina. “I played really well today, even with this rain delay and everything. I think that overall the match was very solid from me.”

Rybakina raced through the opening set in just 33 minutes by breaking Ostapenko in two out of her first three service games. However, she had a tougher time in the second frame where she battled back from a 0-2 deficit by winning four games in a row. Giving her enough of a margin to seal the victory.

One of the key factors for Rybakina in her latest match was her serve which she believes can still be improved further. According to the WTA, she has hit 39 aces on the Tour this season and has produced more at the Australian Open than any other female player.

“I would say that I always served big, but for sure when I started to work with my coach, we did a lot of changes to the technique,” she explains.
“Like this, I gained even more power. It’s my weapon on the court, and of course we are trying to work on it. There’s always a lot to improve.”

Meanwhile, a frustrated Ostapenko has criticized the electronic line calling system by expressing doubt over its accuracy. During the quarter-final clash, she repeatedly questioned some calls that were made even though the umpire can not overrule the system unless there is a clear fault with it.

“Honestly, I’m not really happy with the system they are using,” the former French Open champion commented in her press conference.
“Sometimes the calls are really late sometimes. You already hit the ball, and then you hear “Out,” which is normally not the way it is with the line umpires.’
“Second of all, some balls were not a little out. They were a bit out and they were not called.”

Ostapenko argues that line umpires should be brought back at the Australian Open to make matches more accurate.

Rybakina also acknowledges that there might have been some close calls made in the match but compared to her opponent she was by far the more composed of the two.

“You could see that the ball could barely touch the ball or something. I think it was happening kind of both ways,” she said.
“Of course, I saw Jelena wasn’t happy. But I think both of us are very aggressive players, and me and her were trying kind of to push each other, like putting pressure from the first ball. So I would say that it was kind of both ways.”

Melbourne Park is Rybakina’s 14th main draw appearance in a Grand Slam and her fourth at the Australian Open. She will play either Victoria Azarenka or Jessica Pegula in the semi-finals.