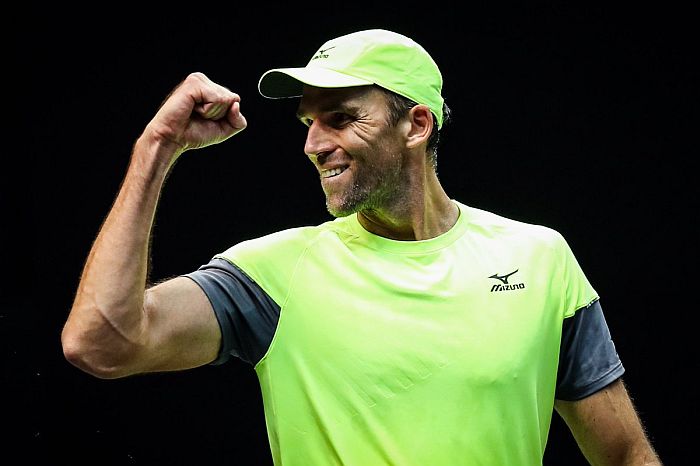 Croatia’s Ivo Karlovic is set to pull the plug on his career later this season after playing on the ATP Tour for 20 years.

The 42-year-old will play his final tournament at the US Open in September where he reached the fourth round back in 2016. Karlovic has been ranked as high as 14th in the world but is currently 200 in the standings. So far this year he has won just two Tour matches against Pablo Andiujar in Delray Beach and Bernabe Zapata Miralles in Newport.

Karlovic’s retirement has been confirmed by Geoffrey Fernandez who is the tournament director of the Los Cabos Open where Karlovic has been given a wildcard to play. Fernandez made the announcement during the draw ceremony over the weekend.

“Ivo Karlovic told us that he will retire at the US Open and we are grateful to him, we are very fond of him for being our first champion. It is good and deserved to see him off like this,” he said.

There has been no official comment from Karlovic regarding his future plans. He is the oldest man currently in the ATP top 500 and holds the record for the tallest player event to be ranked inside the top 20 at 6’11”.

“I don’t feel any weaker or slower, even though I didn’t compete a lot in the past year. I’m 42 years old, but I feel pretty much the same as I did 10 years ago,” Karlovic told ATPTour.com earlier this month. “It’s just a matter of motivation and being able to win matches. Tennis-wise and physically, I’m the same. “Even when people ask me my age, I go backwards. Next birthday, I’ll be 41.”

During his career the Croat has reached 19 ATP finals where he has won eight titles. In the Grand Slams his best performance occurred at the 2009 Wimbledon Championships, where he reached the quarter-finals before losing to Roger Federer. He has also reached the semi-finals of the Cincinatti Masters and won the Davis Cup title. Lass year at the Australian Open he became the oldest man to win a main draw match since Ken Rosewall back in 1978.

In Los Cabos Karlovic, who won the title back in 2016, will play fifth seed Jordan Thompson in the first round.

Related Topics:Ivo Karlovic
Up Next

Pablo Carreno Busta Talks Nadal And Djokovic Ahead Of Olympics