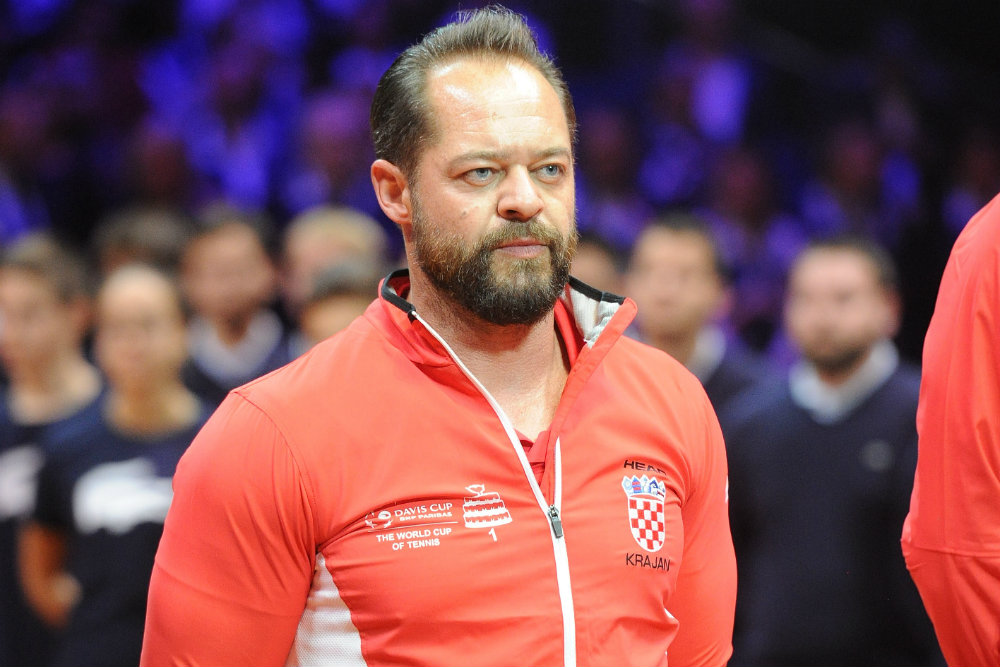 The Croatian Tennis Federation has issued a press release informing that Zeljko Krajan is no longer the Davis Cup captain for the Croatian team. Less than a week before the BNP Paribas Davis Cup Finals at the Caja Magica in Madrid, Krajan’s departure is described as a mutual decision by the official press release, but according to Croatian press agency Hina the former captain categorically denied this version of the events and confirmed he unwillingly had to acknowledge his dismissal. Krajan did not deny there had been disputes between himself and the Federation, but he thought everything had been settled: “I was ready for the press conference on Monday and the departure to Madrid on Tuesday” he said.

During the press conference in Zagreb on Monday, instead, the Croatian Tennis Federation named 32-year-old Franko Skugor as the new captain of the Croatian team who will lead the squad in Madrid next week: “These are not the ideal conditions for the team, given the situation, but it has been decided I will lead the team” said Skugor to the press. The President of the Tennis Federation Nikolina Babic explained their decision to replace the captain and confirmed the players agreed with this course of action: “Krajan had lost credibility among the players. We spoke to him and realized it would be better if he didn’t come to Madrid”.

This ends a tumultuous week for Croatian tennis: first there was Marin Cilic’s withdrawal from the team, then the controversial nomination of 40-year-old Ivo Karlovic as his replacement, despite his commitment to play the Houston Challenger next week to boost his chances for a Top 100 year-end ranking (he is currently n. 106) and a direct entry into the 2020 Australian Open singles main draw.

Some media outlets in Zagreb claiming to have access to inside sources are suggesting there are also financial issues behind the events of this last week: it is believed that some players did not like the idea of late-comer Ivo Karlovic receiving an equal share of the Davis Cup prize money. Furthermore, it is highlighted how the decision to remove Krajan from his post came after a meeting that included also the players, some of whom did not have a good relationship with Krajan: Borna Coric refused to play in Davis Cup in 2017 after being excluded from the Final in 2016 and Mate Pavic was kept out of the team on many occasions despite being one of the best doubles players in the world.