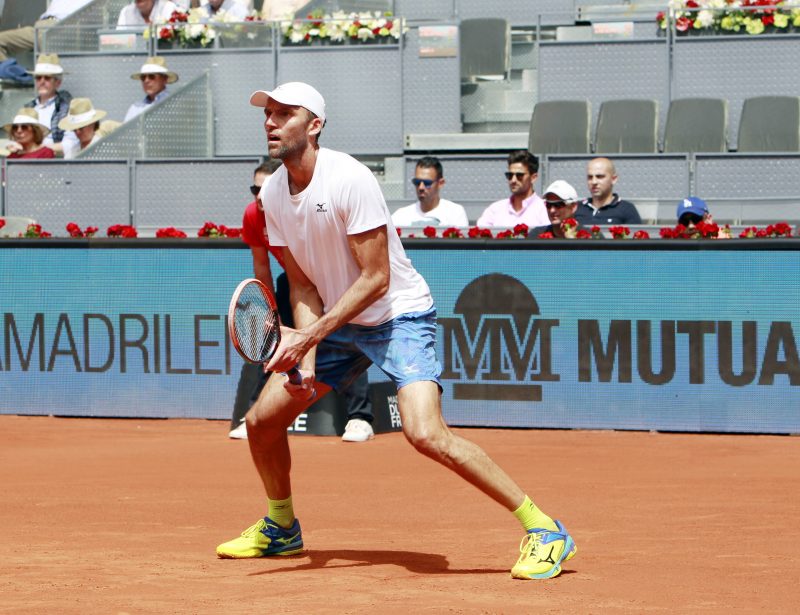 Ivo Karlovic is proof that age is just a number for many players on the professional tour.

The 40-year-old Croat is getting use to breaking records due to his age. This year he has already set a benchmark as the oldest player to win a Masters 1000 matches in Indian Wells. In 2018 he became the oldest player in history to win a Challenger title in Calgary and the oldest to contest an ATP final since 1977.

Karlovic’s latest milestone occurred at the French Open. A tournament where he made his debut back in 2004 at the age of 25. Taking on Spain’s Feliciano Lopez in the first round, he prevailed over four tightly contested sets. The combined age of that match was 77 (Lopez is 37-years-old) in what is a new grand slam record.

The last time a man older than Karlovic won a grand slam match occurred a year before he was even born. In 1978 Australian great Ken Rosewall reached the fourth round of his home grand slam at the age of 43. That tournament was Rosewall’s last ever grand slam.

In recent years there has been a rise in players playing later in their careers. Currently, there are 36 players in their 30s ranked inside the world’s top 100. 11 of which are over the age of 34. Nevertheless, Karlovic is still the exception as he balances life as a husband and father, with the sport.

“After I drive my daughter to school I would go and hit and after I was home resting,” said Karlovic, who says he sleeps an average of five hours a night.
“In the evening when they go to bed, which is almost at around 11, then I would go to the gym. In the night. I’m happy because there is a gym open in the night.”

The hunger for success is part of what continues to drive Karlovic on the tour. So far in his career, he has won eight titles on the ATP Tour with the last occurring back in 2016. He is currently ranked 94th in the world, which is 80 places before the career best he first achieved back in 2008. Before this year’s French Open, he has won just over $9.5 million in prize money. The 77th highest amount of all time.

“I would like to do that. That’s what I always try to do but I know that it isn’t easy, it’s real difficult,” Karlovic commented about adding to his title collection.
“Everybody’s strong and good, but you know, who knows. I think I train hard and I have the experience, the edge, so who knows.”

Karlovic will play Australia’s Jordan Thompson in the second round of the French Open on Thursday.

Related Topics:Ivo Karlovic
Up Next