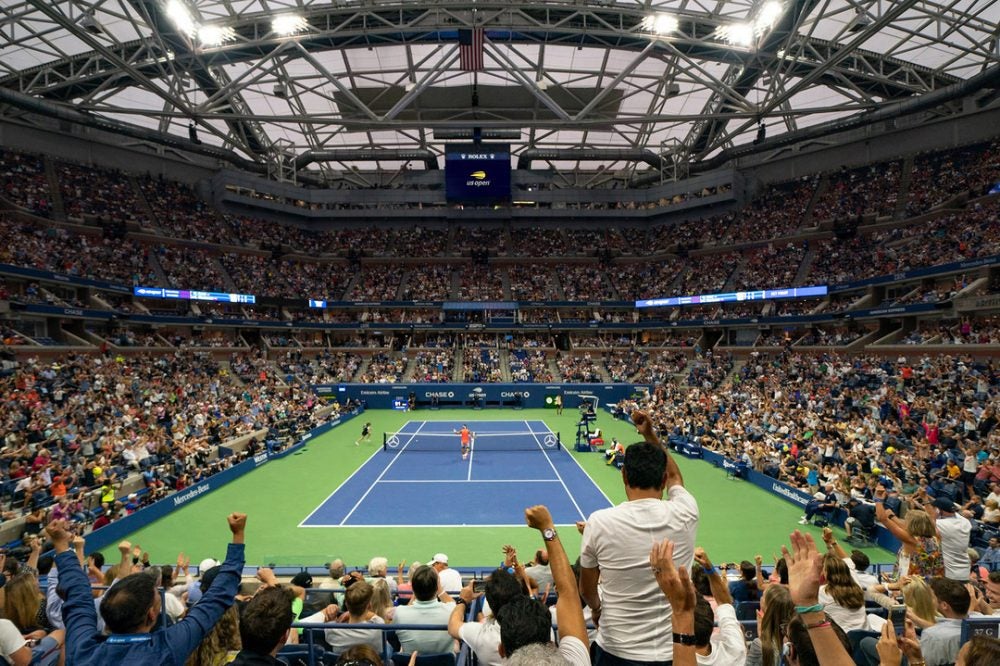 The CEO Of The International Tennis Hall of Fame has called for this year’s tennis season to be officially cancelled due to the ongoing COVID-19 pandemic.

Todd Martin, who peaked at a ranking high of fourth in the world during his career, believes such a decision would pave the way for a ‘clearer path’ in regards to the immediate future of the sport. All professional tennis tournaments have been suspended since March due to the coronavirus outbreak. The Tour’s have a resume date of July 13th, but the suspension is expected to be extended in the coming weeks. As a result of the crises, Wimbledon have already been cancelled for the first time since 1945.

Speaking with Tennis365, Martin argues that scrapping the remainder of this year’s calendar would be the easiest option for both organizers and fans. However, both the ATP and WTA are not giving up on their hopes of restarting the sport. Furthermore, lower ranked players will be eager to return to action earlier than later in order to start earning again. Unlike team sports, tennis players have no contract as such and therefore don’t earn money during breaks. Unless they have alternative sources of income such as endorsements.

“Clarity comes from making a decisive decision that allows you to stand still. Once you make that decisive decision, you start to see a clearer path,” Martin told Tennis365.
“The easiest decisive decision we can make right now is to abandon 2020 and, to a point that is probably the right thing to do, but only because it gives the clarity to make all the important decisions and lay the groundwork for the future of the sport.
“Our sport has taken on tremendous amounts of water and we have to think about what does that means for the future.”

Martin has also become the latest tennis figure to cast doubt over the chances of the US Open taking place. A tournament which he reached the final at back in 1999. The United States Tennis Association (USTA) has said they are optimistic about holding the event with a final decision set to be made during June. The tournament takes place in New York, which is the epicentre of the COVID-19 outbreak in America. Part of the Billie Jean Tennis Center has been transformed into a temporary hospital to treat those affected.

“I don’t imagine it is possible,” he commented on the chances of the US Open taking place as planned.
“I served on the USTA board for six years and while there is always a way to consider putting on a different event, when you are talking about a massive core of your revenue stream going away (without spectators) it’s going to be tough.
“Also, you don’t know what the impact would be on sponsorship, as they expect a lot of hospitality for their clients when they sponsor the event, so there is a lot of revenue there that will be lost.”

In a recent interview with Inside Tennis, USTA chief Michael Dowse has confirmed that numerous options are on the table. Including changing the date and even relocating the event from Flushing Meadows. Should the second option take place, the most likely venue will be Indian Wells in California. The home of the BNP Paribas Open.

“Nothing is off the table,” Dowse told the magazine on April 30th.
“There’s too much speculation – we’ll know so much more in June. In reality it’s certainly possible to play without fans. No formal decision has been made about Indian Wells. Whatever we do, we’ll have to do it in alignment with the owners of Indian Wells, and the ATP and the WTA. These days the most energy is on social distancing.”

Such a move would be highly welcomed by officials in the region. USA Today estimates the cancellation of this year’s BNP Paribas Open resulted in a loss of $400 million for the Coachella Valley economy in terms of tourism.

Related Topics:coronavirusTodd Martin
Up Next