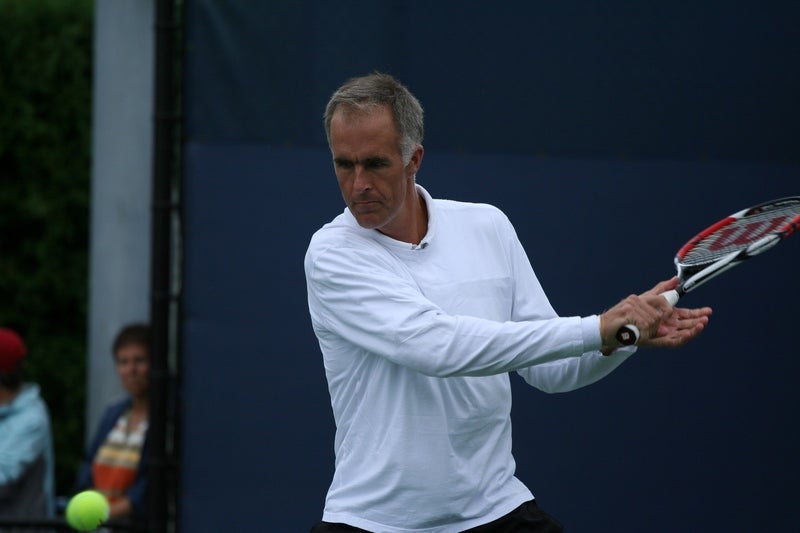 UbiTennis brings you the latest instalment in a series of exclusive interviews with many relevant figures in the world of tennis. This time the guest was Todd Martin, while Steve Fink (who was inducted into the Hall of Fame when Todd was already in charge) completed the usual line-up.

Martin recorded 411 wins on the ATP Tour, won 8 titles over the course of his career (out of 20 finals), and enjoyed two stints as president of the Player Council between 1995 and 1999. Despite Wimbledon statistically being his strongest Slam, his best runs came at the 1994 Australian Open and at the 1999 US Open, where he finished runner-up to Pete Sampras and Andre Agassi, respectively.

The chat happened at a momentous time, coming on the heels of the cancellation of all tournaments up to July 31, including his own grass event in Rhode Island – a double blow for the event, since the celebration for the 2020 Hall of Fame inductees, Conchita Martinez and Goran Ivanisevic, was also called off. However, he didn’t shy away from these unfortunate, albeit expected, news, using instead the opportunity to talk about the situation of the tennis tours as a whole.

2:42: Todd reminisces about the two Slam finals he lost, outlining his growth as a player: “Pete let you outplay him for a while, but then…”

8:52: Comments on Sampras’s retirement and which one his best season was: “I’m not sorry about his retirement, he killed me every time!” Is the peak of a player defined by ranking or by performance?

12:16: Ubaldo and Steve Flink’s relationship with notepads and a very timely scoop at Flushing Meadows…

15:16: The victorious doubles match in the 1995 Davis Cup final with Sampras. Would he rather play at home or away?

22:23: The Marathon Man, finishing at 1:22 in the morning and high-fiving the crowd in the Arthur Ashe stadium at the US Open after two comebacks a year apart from each other: “Physically, I’m here. Would you like to know where I am metaphysically?”

26:05: That Wimbledon semifinal against Washington in ‘96. Could he have won the final against Krajicek? “Tennis is like business: speculation is bad, and it was a distraction then as it is now. Put it this way: I’d have played Krajicek or Washington in a Slam final rather than Sampras!” Also, why he didn’t win more titles.

38:58: To be the boss in Newport where he debuted as a professional, and the sacred trinity of US tournaments that were hallmarks of his career: “Why would you ever let Steve Flink get into the Hall of Fame?” Ubaldo typically jokes, smiling, about  his beloved American friend who of course is a much deserved Hall of Famer pushing Todd Martin to laugh.  “Hey Steve isn’t Ubaldo attacking you too much? Fight him back!”

42:44: How the cancellation of Newport happened and the vulnerability of the game’s business.

47:36: Should we try to play with no fans in the stands or should we wait for next year? “Sports weren’t meant to be public events, but they’ve grown to become so central in our lives. I’d like to see tennis active, but not at the risk of health or of challenging businesses to survive even more than now.”

49:50: Congratulations to the swiftness with which Newport is moving to refund tickets, especially as others are not letting go of the cash as quickly…

53:30: The logistics of tennis behind closed doors. “Travelling restrictions are the first of many challenges we are facing.”

56:51: “Having a tournament and then nothing for four weeks isn’t what we need, we have to accept that some decisions will be made that won’t be good for us from a business standpoint, but might be good for the sport as a whole. We need to remember that this is a tour.”

1:00:40: Todd for commissioner? “Not a good idea! However, I believe that having a commissioner for the sport would be a good experiment. Necessity could force us to finally unite.” How the power has shifted towards the Player Council since his days as President.

1:05:45: Are you in touch with new ATP Chairman, Andrea Gaudenzi? “I really like his vision, if we can approach the idea of unifying the stakeholders from a commercial point of view, then we will be able to do so in terms of governance as well.”

1:07:46: The situation in Rhode Island. Trivia: who is his British pal who also excels as a golf player?

Make sure you check out Ubitennis’ other interviews big names from the world of tennis:-

–Emilio Sanchez: One Loss That Destroyed His ‘Winning Will’ And The Match That Could Have Changed Roger Federer’s career

–Why Rod Laver Wanted To Kill Martin Mulligan at Wimbledon

–Tennis Like “The Godfather”: Seven Families Fighting For Power (Video-Interview With Mary Carillo)

–Patrick McEnroe: “Had I beaten John, he would have stopped talking to me!” 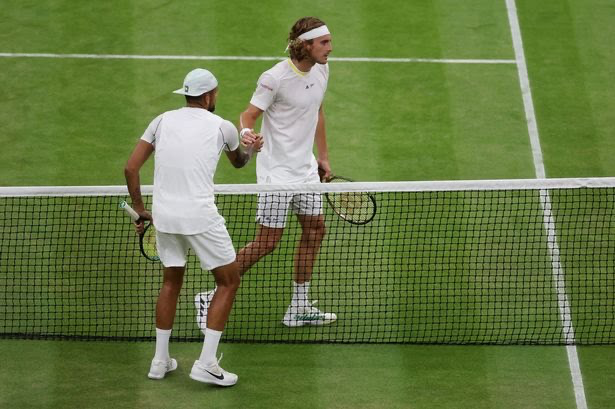