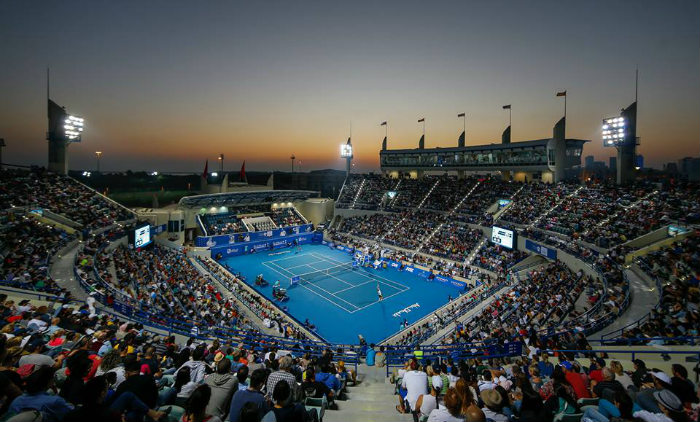 There has been a change made to the line-up for next week’s Mubadala World Tennis Championship with Ajla Tomljanovic making a last-minute entry.

Tomljanovic, who achieved a ranking best of 39th back in April, will be making her debut at the three-day exhibition event. Which will feature a women’s match for the third time in a row. The Australian has been called in to replace French Open semi-finalist Amanda Anisimova, who has been forced to pull out due to injury.

“It’s really disappointing to have to withdraw from the Mubadala World Tennis Championship,” Anisimova said in a press release. “I was looking forward so much to coming to Abu Dhabi and I hope to make the trip in the future.”

The 26-year-old will take on five-time grand slam champion Maria Sharapova on the opening day of the event. Who hasn’t played on the WTA Tour since her first round loss at the US Open due to a shoulder problem. Sharapova will also be making her debut at the Zayed Sports City’s International Tennis Centre. The two players have never faced each other on the tour.

“I’ve heard amazing things about Abu Dhabi and the championship, and I’m really looking forward to playing in front of this crowd against Maria.” Said Tomljanovic, who will be the first Australian to play at the event. “It will give the perfect challenge ahead of a big season.”

Tomljanovic’s clash with Sharapova is set to be the final match to take place on the opening day of the event. They are only the fourth and fifth woman to ever play in the competition, which has hosted a men’s tournament since 2009. Jelena Ostapenko (2017), Serena Williams (2017 and 2018) and Venus Williams (2018) are the only other WTA players to have taken part.

The full order of play for the opening day has been confirmed by the organisers. Prior to Sharapova’s match, two men’s quarter-finals will take place. ATP Finals champion Stefanos Tsitsipas will play Gael Monfils with the winner booking a clash against Novak Djokovic. Then world No.4 Daniil Medvedev takes on South Korea’s Hyeon Chung. The winner of that match will play Rafael Nadal.

“The 12th edition of the Mubadala World Tennis Championship is fast shaping up to be the most exciting in the event’s history. We are looking forward to providing our spectators with a dynamic combination of world-class tennis and family fun in what is an unmissable event,” said John Lickrish, CEO of Flash Entertainment.

Dominic Thiem signs up to defend his Barcelona title