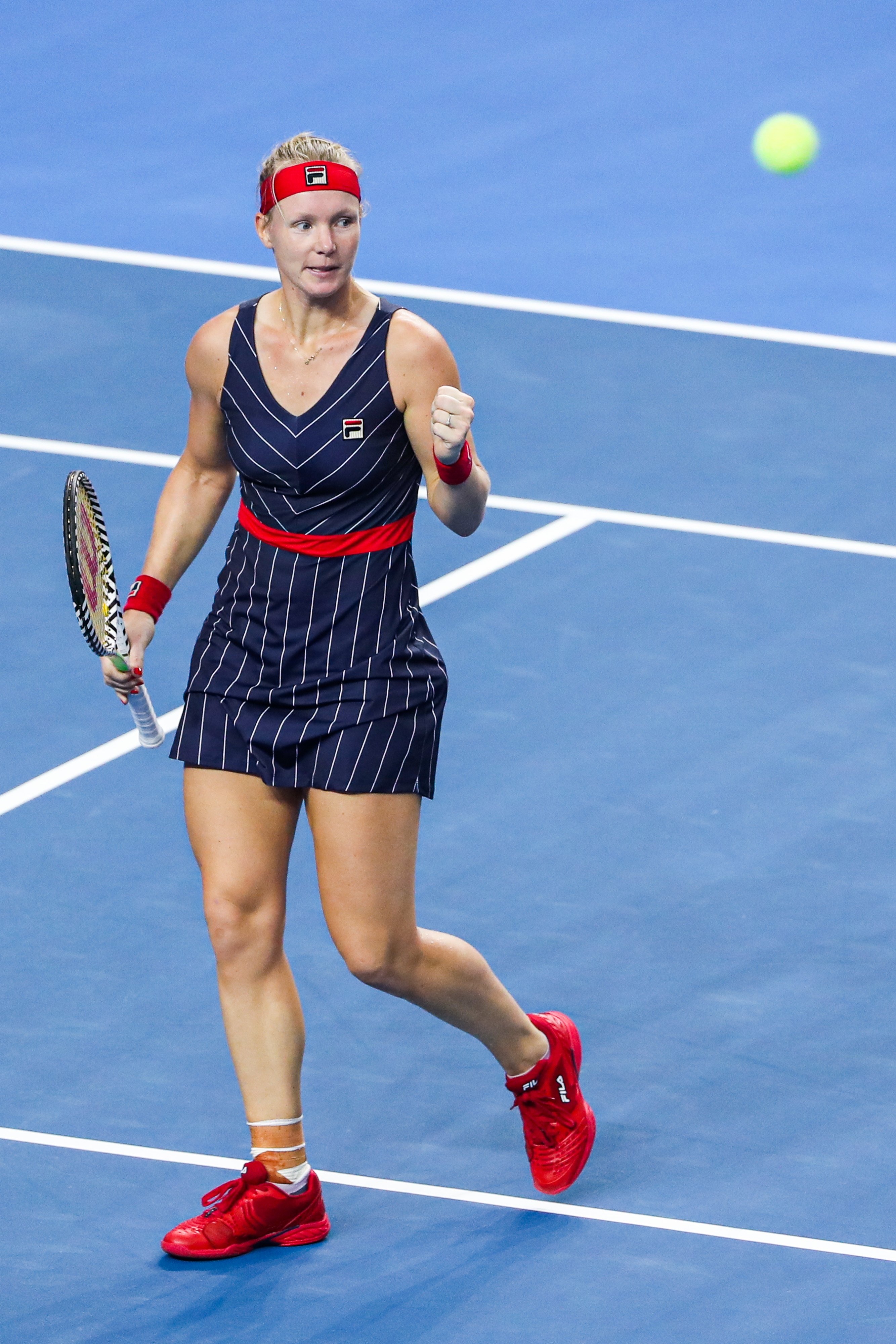 Kiki Bertens has left the Red Group wide open after edging out Ash Barty 3-6 6-3 6-4 in her opening match at the WTA Finals.

As for Barty, it was a flat and inconsistent performance having been a set and a break up and looking like she was going to cruise to victory.

It was a nervy start from both players as Bertens looked weary after reaching the Zhuhai final last week, while Barty couldn’t dominate from her serve.

Four breaks from the first five games was evidence of the nervousness from both players until the world number one gained a grip of the match.

Using her backhand to hit cross-court winners while moving Bertens around with her forehand was key for the Australian to gain momentum and a 5-2 lead.

Despite holding serve for the first time, Bertens couldn’t seal another break of serve as some good tactical serving sealed the first set for Barty.

There were more problems for Bertens in the second set as another unforced error gained the break for the top seed and a 2-1 lead.

But tennis is a bizarre sport at times and Barty from that moment lacked intensity and sharpness despite creating the space for winners.

This saw an opportunity for Bertens to get into the net and to start to play some aggressive tennis herself as well as creating winners.

Poor returning, saw Barty concede the second set as this match was now heading into a decider and the momentum was with the Dutchwoman.

A run of eight consecutive games saw a quick turnaround in the third set as Bertens now assumed control of the match with the Australian’s game dipping very quickly.

Three break points saved helped Barty get a much needed hold of serve which lead to three games in a row to reduce the deficit.

However the more energised player won this match as Bertens continued to run round her backhand to hit winner after winner.

The phenomenal comeback was complete as she sealed a 55th win of the season in 80 matches completed in an exhausting year for her.

After the win, Bertens seemed pretty pleased with her aggressive end to the match, “In the beginning I wasn’t playing as well and had to feel the court and got better and better as I tried to play aggressively and it turned out pretty well,” Bertens said after the match.

It will be a disappointing match from Barty’s perspective though as a lack of intensity and energy cost her a routine win.

This means that Bertens could be in pole position to reach the semi-finals should she defeat Belinda Bencic on Thursday.

Meanwhile Ash Barty can qualify for the last four in Shenzhen with a win over Petra Kvitova in a couple of days time.