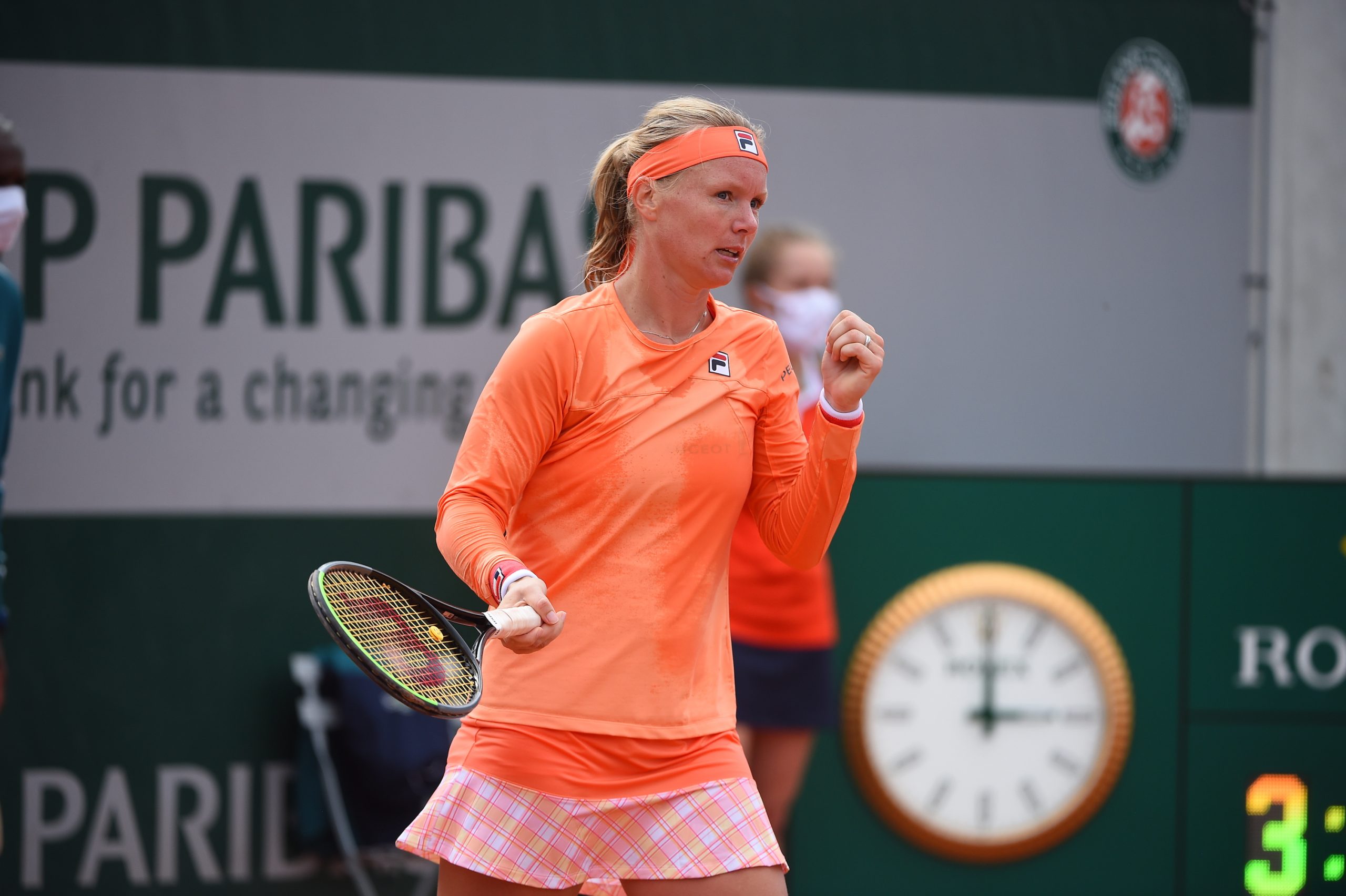 The fifth seed was in a three hour and 11 minute battle with Sara Errani which ended in dramatic circumstances for both players.

In the first set, Bertens recovered from a break down on three occasions as she took advantage of Errani’s inability to serve consistently.

At one point Errani aborted her serve six times and received a time violation for it.

In the end the set went to a tiebreak which Bertens edged out 7-5 in a 62 minute set.

A similar pattern followed the second set as the Italian came back from a break down twice to cause Bertens problems with the drop shot and take the set 6-3.

Both players held twice to start the final set before drama ensued and 10 consecutive breaks occurred.

Bertens was struggling with some cramping issues in her leg and some wrist problems as well.

While Errani was struggling to serve as her ball toss was inconsistent and non-existent to a point where she was deploying the underarm serve.

The fifth seed managed to save match point at 6-5 down as both players were struggling to hold serve.

At 7-7, Errani started to mock the Dutchwoman’s injuries as tensions were running high.

Eventually, Bertens held serve at 8-7 and broke in the next game to seal the win which was followed up by a stream of tears and emotion as she fell to the floor.

The Italian stormed the court and shouted something explicit in Italian as she was left fuming at her Roland Garros exit.

However the drama wasn’t over there as Bertens left the court on a wheelchair and screamed in pain.

It is unclear whether Bertens will be able to play her third round match on Friday with a match set to take place against Katerina Siniakova.

What we do know is that it will take a big effort from Bertens to make a deep run as she looks to overcome a physically and mentally exhausting match.