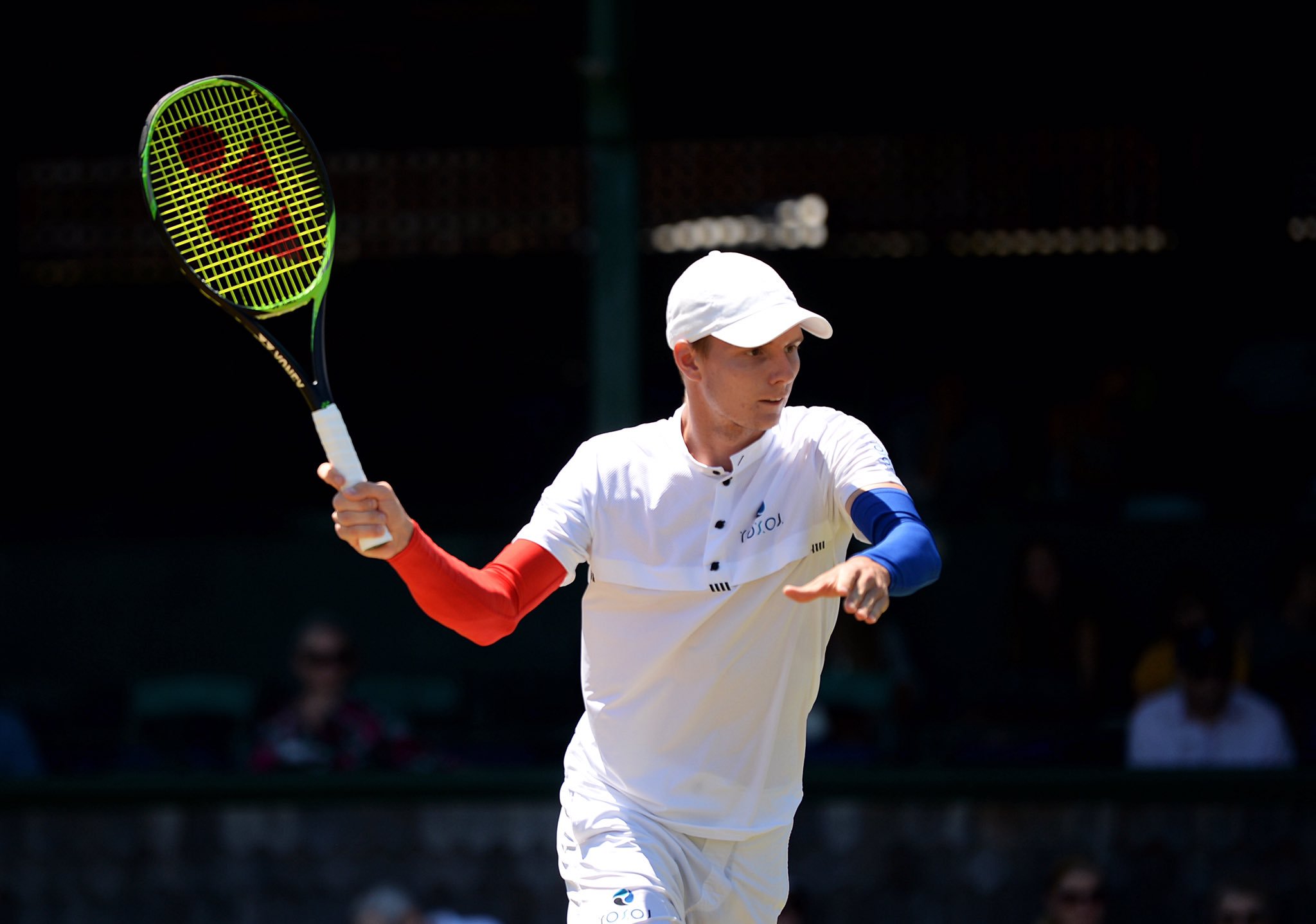 Alexander Bublik praises his change in his mental approach to tennis after reaching the semi-finals in Newport.

The 22 year-old from Kazakhstan is arguably having one of the best seasons of his career, having reached a career high ranking of 82 in 2019.

Having won three challenger events in Budapest, Pau and Monterrey, Bublik is full of confidence and is currently trying to transition that form on the ATP tour.

In an interview with the ATP website, Bublik has praised a change in mentality for the improvement in form, “When I was a kid I got in mental troubles a lot because I was thinking, ‘I’ve got to win this match. I want to win this tournament’,” Bublik said to atptour.com.

“Then last year when I broke my ankle is when I realised it’s fine… I’ve got to work hard to make it here, to make more and more, so that’s why I’m working hard every day trying to succeed.”

There is no doubting that Bublik has the talent as he has a unique style, which includes tweeners and during his quarter-final match with Tennys Sandgren in Newport, hit four aces in a game which concluded with an underarm ace.

Four aces in a row with an underam serve thrown in…

However the world number 83 has said that he entertains himself first and aims to stand out from the crowd, “I entertain myself first. That’s the most important thing for me,” Bublik explained.

“Always be a leader, not a follower, You just have to be your own leader, make your own decisions,” Bublik said when speaking about one of his tattoos.

Well Bublik’s fate is certainly in his own hands when he faces Marcel Granollers for a spot in his first ever ATP final on Saturday.

The other semi-final will see top seed John Isner take on 4th seed Ugo Humbert as the Frenchman looks to take advantage of an under-par American.

In both of his matches, Isner has needed a third set to overcome both Kamil Majchrzak and Matthew Ebden as he looks to win a 3rd title at the Hall Of Fame Open.

Related Topics:Alexander Bublik
Up Next