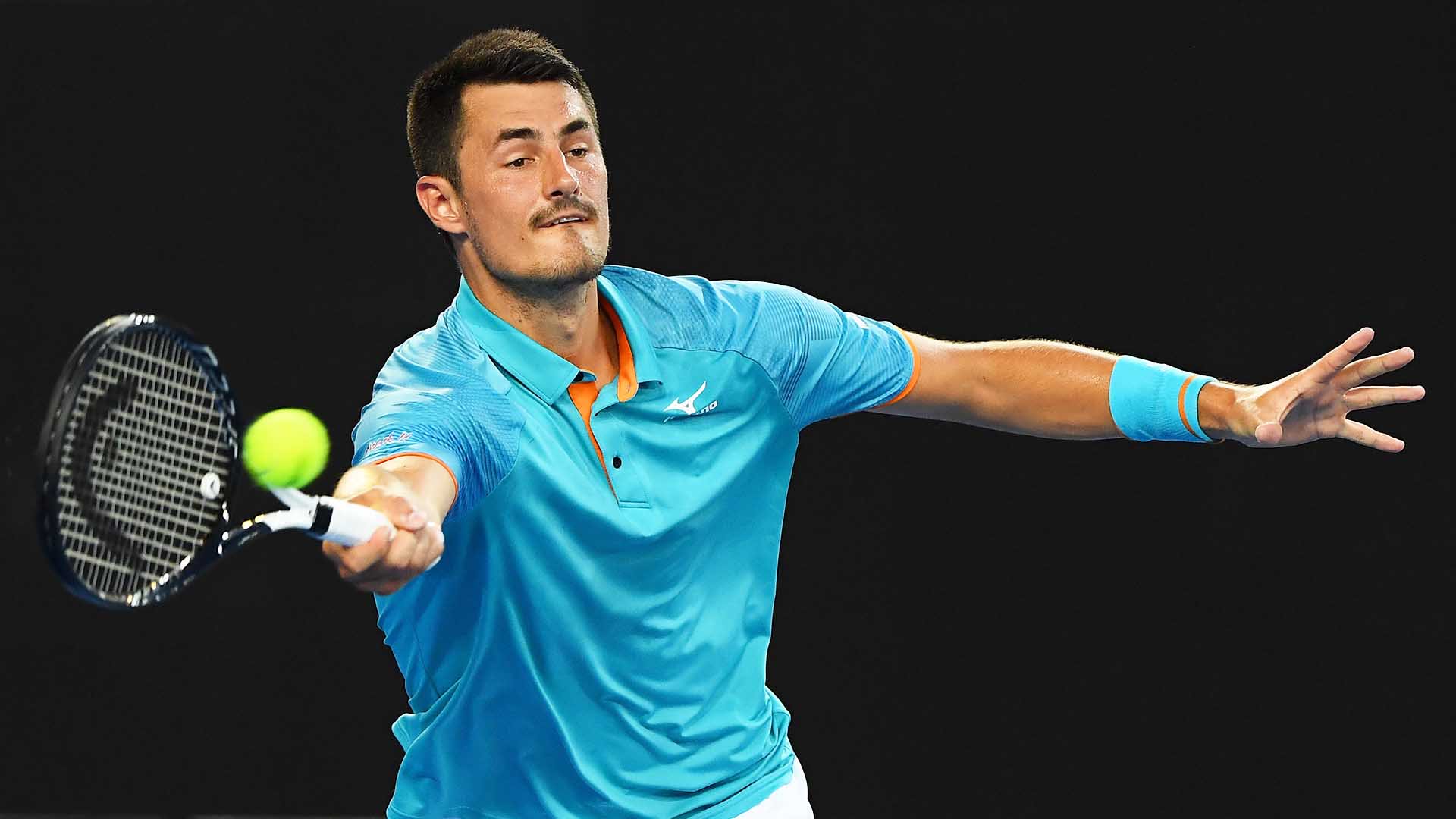 Bernard Tomic has been sent a stinging warning about his behaviour after his Wimbledon appeal was rejected.

The Australian lost his first round match at Wimbledon to Jo-Wilfred Tsonga in 58 minutes a couple of weeks ago in another lacklustre effort.

Although in previous years he may have escaped punishment, this time the grand slam board decided to deduct all his prize money as a result of his straight sets defeat.

This sent a clear message to the tennis world as they want to cut out lack of effort and give places in grand slams to competitors that will try their best.

Of course, Tomic wasn’t exactly pleased with the ruling and decided to appeal against the ruling which stated that he did not play to “required professional standards.”

However the appeal didn’t only get rejected, it got slammed down by board director Bill Babcock in a stinging letter to the controversial Australian.

In the letter Babcock referred to Tomic’s past history in lack of effort during matches, “A review of your historical record of misconduct at grand slams, never mind elsewhere, provides little justification for an adjustment,” Babcock said.

“In your case, Bernard, I am sure you would agree there is no historical evidence to give comfort to the theory that you can reform your behaviour.

“Admittedly, I am sceptical that you can achieve this reform of grand slam on-court behaviour, Many others, no doubt, would be even more than just sceptical. Good luck and I hope to be pleasantly surprised in the future by your successful reform.”

In the letter, Babcock added that if Tomic escapes a sanction in his next eight grand slam events, then he will be refunded 25 percent of his prize money.

Despite this outcome, Tomic plans on appealing this latest inquest further as he currently prepares for the ATP 250 event in Atlanta next week, “I don’t care about this 25 per cent, I care about the right thing for players in the future,” Tomic told the New York Times.

In a separate case, Anna Tatishvili was refunded all of her prize money after appealing successfully after her fine for not meeting professional standards at Roland Garros.

The Grand Slam Board has reversed the sanction imposed on me at the 2019 French Open, acknowledging I played “professionally from the first to the very last point” and returning to me all of the prize money that I earned.

The American lost 6-0 6-1 in her first round match to Maria Sakkari in only her third tournament back since 2017.