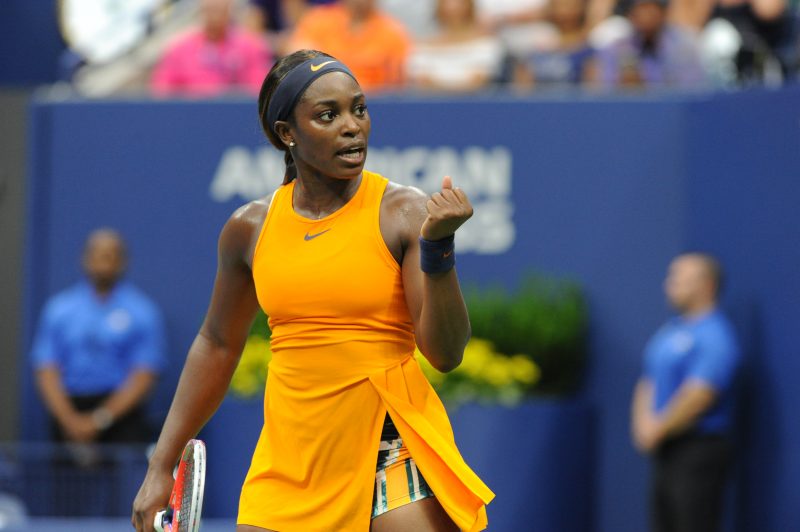 MADRID: Technically the tennis calendar always begins in January, but Sloane Stephens has her own plan in motion.

The former US Open champion has endured mixed start to the season. Prior to this week, she had only won back-to-back matches in two out of seven tournaments played. Reaching the fourth round of the Australian Open and the quarter-finals in Charleston. A far from ideal situation for somebody who was ranked third in the world back in February, but has since dropped to eighth.

Trying to pinpoint the reasons behind those results, the 26-year-old admits the problems are more mental, than physical. A similar sentiment that has been echoed by Jelena Ostapenko. Another former grand slam champion trying to find her footing on the tour.

“I think definitely mentally. I’ve had a lot of changes in my life and career.” Said Stephens, who recently got engaged to MLS player Jozy Altidore.”I won’t say I’m an emotional person, but I definitely need to adjust to things and take it all in. I think that took me a bit longer at the start of the year.”

Hoping to get herself back on track, Stephens recently appointed Sven Groeneveld as her latest coach. A well-known figure on the WTA Tour, who has previously worked alongside Monica Seles, Mary Pierce, Caroline Wozniacki, and Maria Sharapova.

“I think he’s a great guy, he’s a great coach. We had some great practice before here (Madrid).” Stephens assessed. “I can’t speak about it too much, but I guess two wins is good and I think it’s good tennis.”

It has been so far, so good for the new partnership. In Madrid, Stephens overcame Victoria Azarenka in the second round on Monday. Claiming her fourth consecutive win over the Belarusian since the start of 2018. Whilst it is too early to tell how the collaboration is working out, Stephens believes she is heading in the right direction.

“Now that I’ve found a good coach and I’m happy with things. I’m looking forward to starting the season, I know it’s May, but it’s never too late.” She said.

During the clay swing, the American has 1527 points to defend. Most of which will be at the French Open where she lost to Simona Halep in the final last year. She is one of only two player’s defending more than 1500 points during this period. The other is Halep with 2900 points.

“I try not to think too much, get too stressed. It’s kind of trying to find the right balance in tennis, like in life.” Stephens commented on coping with the pressure.

The next task for the world No.8 will be either Alize Cornet or Saisai Zheng in Madrid on Wednesday.