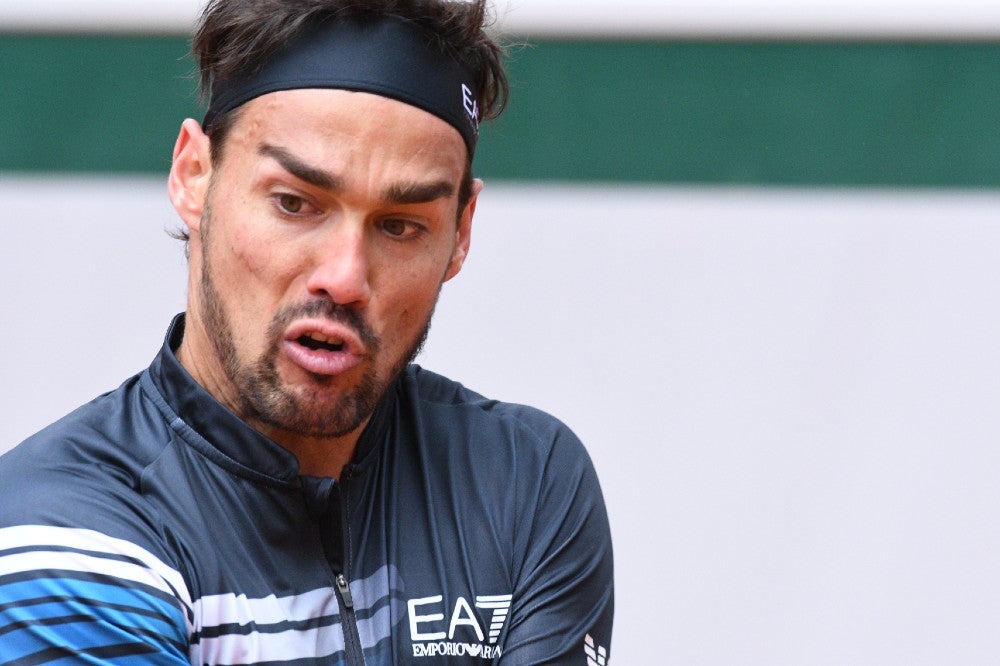 Fabio Fognini beat his compatriot Andreas Seppi 6-3 6-0 3-6 6-3 after 2 hours and 21 minutes in an all-Italian first round clash at Roland Garros to score his 50th Grand Slam win.

Fognini fired ten aces and saved seven of the nine break points he faced. The 2019 Monte-Carlo champion earned the first break of the match in the sixth game to open up a 4-1 lead and wrapped up the first ste with a hold at 15 in the ninth game to take a 6-3 lead.

“I am going because I think I played great tennis, especially the first set, which was really tough. Then in the second set, the level was really high, and I think Seppi was not able to do more than that. In the third set he started to play really good again. It’s always tough, because he is a really tough good friend of mine. It’s always dificult, especially mentally to play against an Italian friend”,said Fognini.

Taylor Fritz cruised past Bernard Tomic 6-1 6-4 6-1 after 1 hour and 22 minutes. Fritz converted seven of his 22 break points he created.

Gael Monfils saw off Taro Daniel 6-0 6-4 6-1 after 1 hour and 41 minutes. Daniel broke serve in the first game of the second set but Monfils fought back by breaking twice in the fourth and tenth time to take a 6-4 lead. The Frenchman went up a double break in the second and sixth game to seal the third set 6-1.

Ivo Karlovic battled past Feliciano Lopez 7-6 (7-4) 7-5 6-7 (7-9) 7-5 after three hours and six minutes becoming the first 40-year-old player to score a Grand Slam win since Jimmy Connors in 1992 and the oldest player at Roland Garros. Karlovic fended off five of the six break points he faced and broke serve twice to secure his 52th win at Grand Slam level.

Karlovic won the tie-break of the opening set 7-4 and saved four break points in the second set before breaking serve in the 12th game to seal the second set. Lopez saved two match points in the third set tie-break at 5-6 and 6-7 before winning the final two points to win it 9-7. Lopez built up a 5-2 lead in the fourth set but Karlovic bounced back by winning five consecutive games with two consecutive breaks in the ninth and eleventh games to win the fourth set 7-5.

Kyle Edmund overcame Jeremy Chardy 7-6 5-7 6-4 4-6 7-5 in four hours and two minutes to score his first win after five consecutive defeats. The match was interrupted on Monday evening due to darkness.

Karen Khachanov eased past Cedric Marcel Stebe 6-1 6-1 6-4 after 1 and 37 minutes. Khachanov converted six of hi sten break points and saved all five chances to secure his spot in the second round.

Bianca Andreescu: ‘I can do big things with my game style’