Victor Estrella-Burgos was beaten in the second round of his home event in Santo Domingo. (Image via Zimbio.com)

Home favourite and top seed Victor Estrella-Burgos was unceremoniously beaten in his home Challenger as Josef Kovalik registered his biggest win of the season.  The Slovakian who is ranked just outside the Top 200 played superbly to break Estrella-Burgos three times for a 6-3, 6-2 win. Kovalik did not face a single break point.

Frenchman Mathias Bourgue managed to defeat severely out-of-form eighth seed Joao Souza 6-1, 7-6. Souza capitulated in the first set, but did well to return after going behind in the second too. Bourgue called for the trainer and then won a tiebreak to take his place in the quarter-finals.

There are now only two seeds left in the draw, and both required come from behind victories to advance Thursday. Anddrej Martin started the comeback a little earlier than Roberto Carballes Baena, as he recovered from four-one down in the first set, winning the next five games, and the taking the second set on a tiebreak for a 6-4, 7-6 victory.

Carballes-Baena broke in the very first game against Gianluca Naso, but then struggled, losing five of the next six games. He broke as Naso attempted to serve the set out, but then was broken again himself. Carballes Baena won the last four games of the second set, and then broke for an early lead in the third. Naso, responded, broke and was holding the stronger of the two going into the tiebreak, but lost the first four points in the tiebreak and could not recover as Carballes-Baena eventually won 4-6, 6-3, 7-6.

Nicolas Kicker vs Alessandro Giannessi: Two unlikely quarter-final candidates with one thing in common; they are both in superb form. Kicker has dropped just seven games so far including dismissing Alejandro Gonzalez’s conqueror Jose Hernandez-Fernandez 6-3, 6-1 in the last round. Giannessi destroyed second seed Horacio Zeballos and then edged Frank Skugor. I think Kicker will take this. Winner: Kicker in straight sets.

Guido Andreozzi vs Maxime Chazal: Andreozzi finally looks back in form. the Argentine is one hundred places removed from his career best, but wins over Gerald Melzer and Jordi-Samper Montana, both accomplished clay-courters shows he is up for this tournament. Chazal is also in form, defeating seventh seed Andre Ghem, and beating qualifier Roberto Quiroz, but even Ghem is not as strong as Melzer or Samper-Montana currently. Winner: Andreozzi in three sets.

Jozef Kovalik vs Andrej Martin: Perhaps the toughest match of the round to call. Kovalik’s win over Estrella-Burgos must carry some weight in this battle, and Martin had a slow start against Calvin Hemery. Winner: Kovalik in three sets.

Fritz Had The Edge Over Johnson, All Seeds Get Upset Except For Young.

Venus Williams Sets Up A showdown With Yulia Putintseva In Taiwan

The Canadian is into the round of 16 of her home event after beating the Frenchwomen in another three-set battle. 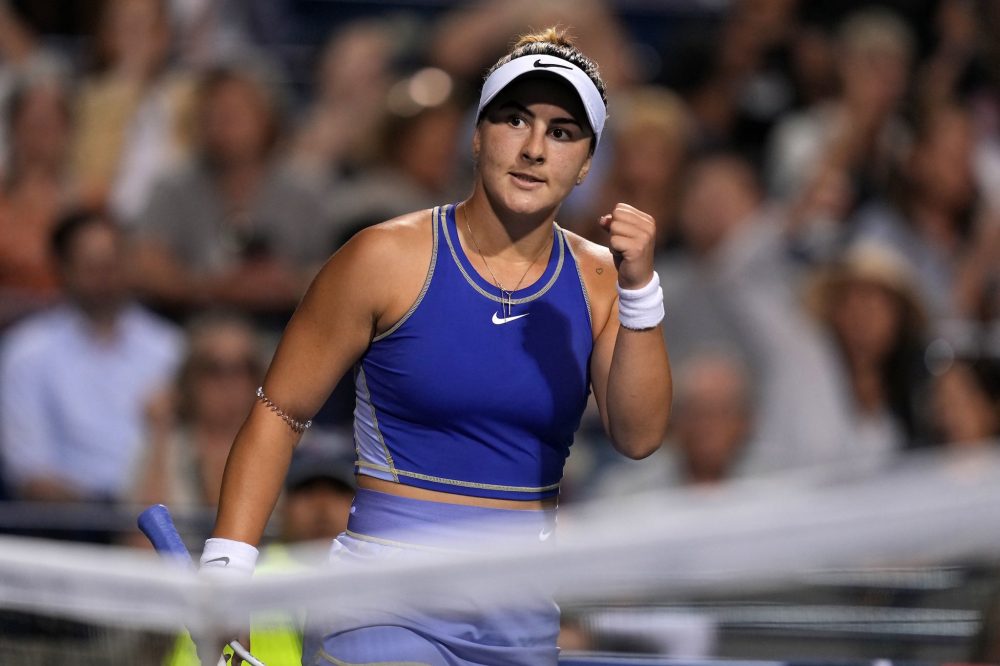 Bianca Andreescu booked her spot in the round of 16 of the National Bank Open at Sobeys Stadium in Toronto after beating Alize Cornet in three tight sets 6-3, 4-6, 6-3 in two hours and 26 minutes.

The Toronto native hit 27 winners and won 60% of her first serve points in another marathon match on Center Court.

“It wasn’t easy at all coming off a tough match yesterday and another one today,” said Andreescu. “She played consistently and I had to go for every ball and I had to fight and I had to push through. I am happy with my mental strength”.

The match started with both players once again struggling with their serves and the first five games were breaks until Andreescu was able to hold serve to take a 4-2 lead. That break was enough for the world number 53 to serve out the first set.

The first three games of the second set went with serve before the Canadian once again to the delight of the home crowd earned three chances to break and broke Cornet’s serve to take a 3-1 lead. The Frenchwomen managed to get the break back the following game and at 4-3 broke the Toronto native one more time before serving out the second set.

In the decider the first three games went on serve and thanks to a poor service game from Cornet Andreescu got the break to take a 3-1 lead. That was enough to serve out the match.

Another busy day at the National Bank Open in Toronto and there were a lot of surprising results.

Garbine Muguruza who has been flying under the radar lately beat the Estonian Kaia Kanepi in straight sets 6-4, 6-4, only needing one hour and 33 minutes.

Ons Jabeur the number five seed was forced to retire down 6-1, 2-1 to Qinwen Zheng of China while Paula Badosa of Spain also retired due to injury against Yulia Putintseva down 7-5, 1-0.

Leylah Fernandez was also upset as she lost to the Brazilian Beatriz Haddad Maia in two sets 7-6, 6-1. Simona Halep got past Shuai Zhang 6-4, 6-2.

The world number one Iga Swiatek had no issues beating the Australian qualifier Alja Tomlijanovic 6-1, 6-2 in 64 minutes and Coco Gauff sent the Wimbledon champion Elena Rybakina packing in three sets. The number 10 seed needed three sets and two hours and 49 minutes to beat her 6-4, 6-7, 7-6.