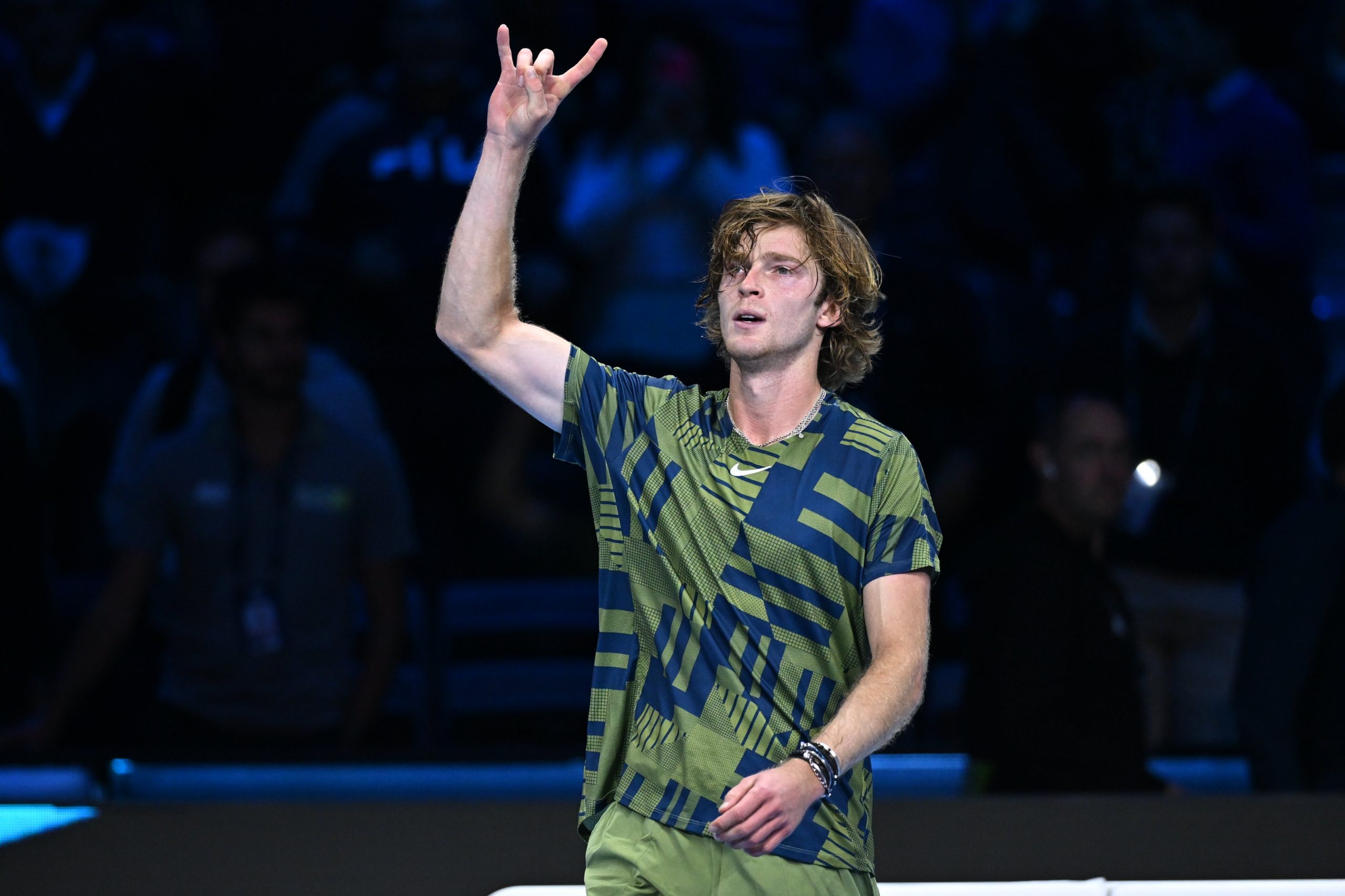 On Friday in Turin, Stefanos Tsitsipas and Andrey Rublev will face off, with the winner becoming the last singles player to qualify for Saturday’s semifinals.  They will join Novak Djokovic, Casper Ruud, and Taylor Fritz in the semis, with the winner to face Ruud.

In doubles, the teams of Ram/Salisbury, Mektic/Pavic, and Glasspool/Heliovaara have already qualified for the semifinals, with three teams contending for their remaining spot on Friday.  Here are the advancement scenarios, as per the ATP:

And in a dead rubber, Djokovic will face Daniil Medvedev in a rematch of two Major finals from a season ago.

Each day, this preview will analyze the most intriguing matchup, while highlighting the other matches on the schedule.  Friday’s play begins at 11:30am local time.

This has been one of the sport’s most prolific rivalries of the last few years.  Since November of 2018, they have played 10 times, with Tsitsipas leading 6-4.  On hard courts, they are tied 3-3.  Two years ago at this event, Stefanos prevailed in a third-set tiebreak.  A year ago at this event, Rublev prevailed in straight sets.  But in two meetings this season, one on clay and one on an indoor hard court, Tsitsipas prevailed on both occasions.

Both men are 1-1 this week, having defeated Medvedev and losing to Djokovic.  Their victories over Daniil were especially tight ones, both decided by a third-set tiebreak.  They both lost to Novak in straight sets.

Tsitsipas was the ATP Finals champion three years ago, but has failed to advance out of the round-robin stage the last two years.  This is Rublev’s third straight appearance, though he is yet to reach the semifinals.

As Jim Courier highlighted this week on Tennis Channel, Tsitsipas is extremely effective at taking time away from his opponent by taking the ball arly, an even more effective tactic on these fast-paced courts.  And considering he has previously reached the last weekend of this event, unlike Rublev, the Greek is the slight favorite to do so again.

Daniil Medvedev (4) vs. Novak Djokovic (7) – Djokovic leads Medvedev 7-4 overall, and 6-3 on hard courts.  They split their aforementioned meetings in Major finals last year, with Djokovic winning in Melbourne, but Daniil stopping Novak’s bid for a calendar-year Grand Slam in New York.  Just last month in the semifinals of Astana, Djokovic won thanks to Medvedev’s retirement following an ultra-competitive second set.

Wesley Koolhof and Neal Skupski (1) vs. Ivan Dodig and Austin Krajicek (5) – Koolhof won this event two years ago with Nikola Mektic, while this is Skupski’s ATP Finals debut.  This is Dodig’s eighth appearance here, though he’s yet to win.  Krajicek is another debutante at this tournament.  Just two weeks ago in the final of the Paris Masters, Koolhof and Skupski defeated Dodig and Krajicek in straights.