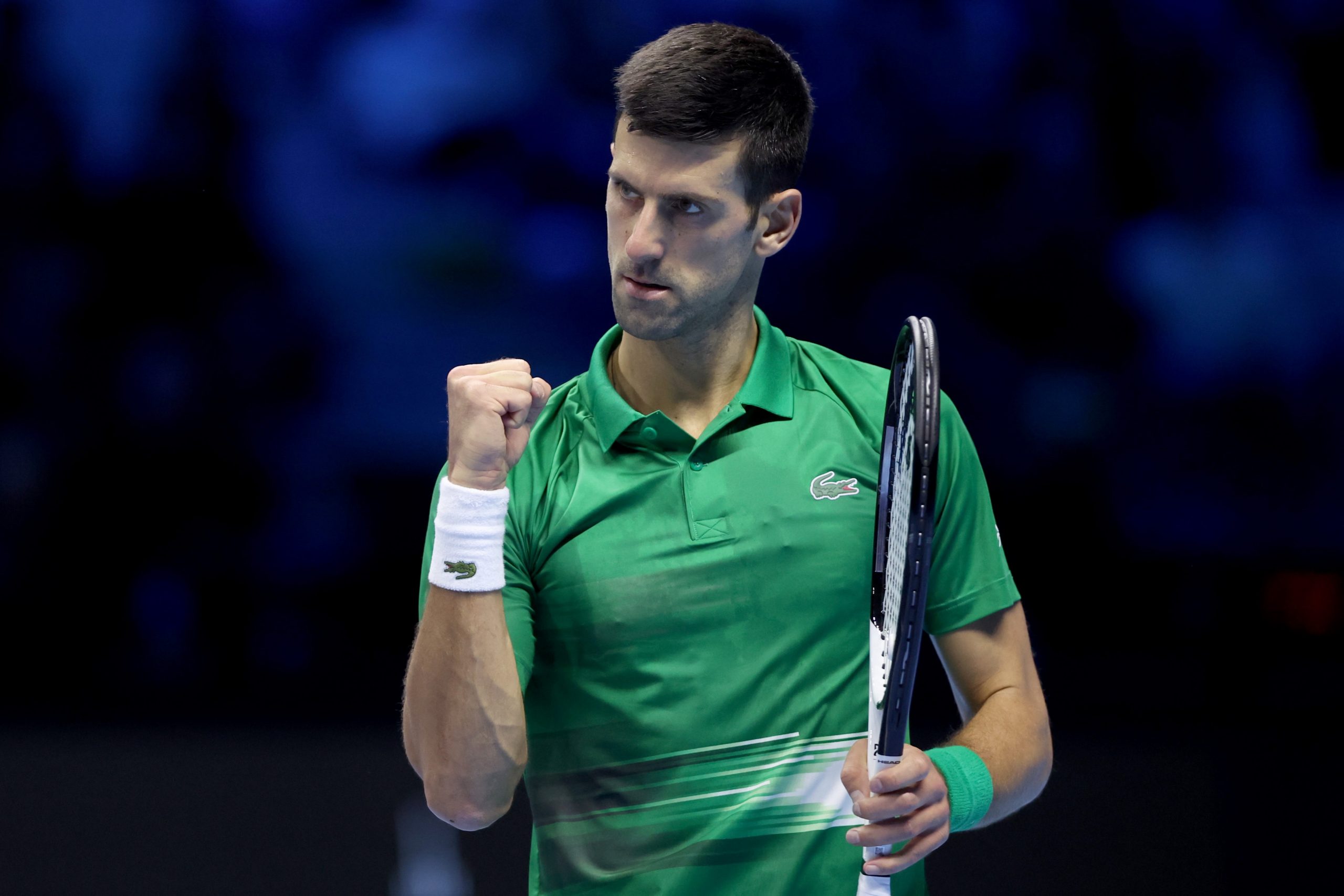 On Saturday in Turin, the singles and doubles semifinals will take place.  After an exhausting, three-hour dead rubber against Daniil Medvedev on Friday, what will five-time champion Novak Djokovic have left for his semifinal against Taylor Fritz?  The other singles semi sees Casper Ruud face Andrey Rublev.

And the doubles semifinals feature three of the best four teams of 2022.

Each day, this preview will analyze the most intriguing matchup, while highlighting the other matches on the schedule.  Saturday’s play begins at 11:30am local time.

Having already qualified for this semifinal, Djokovic played for three hours and 11 minutes on Friday afternoon, becoming the third man this past week to defeat Daniil Medvedev in a third-set tiebreak.  After the second set, Novak appeared completely spent, his body even shaking from depletion.  Yet he found a way to remain undefeated on the week.

By contrast, Fritz did not play on Friday, and will be the far fresher player on Saturday.  In his ATP Finals debut, Fritz is 2-1, with his only loss coming at the hands of Ruud.  He defeated a red-hot Felix Auger-Aliassime on Thursday to secure his place in this semifinal.

Djokovic has dominated their rivalry, with a record of 5-0.  Four of those wins were in straight sets, while the other was a bizarre affair at last year’s Australian Open.  Novak won the first two sets, but then suffered an abdominal injury, and lost the next two.  The fifth set was played without fans, as they were forced to vacate Rod Laver Arena due to the COVID curfew at the time, with Djokovic taking the fifth 6-2 in an empty stadium.

Despite his grueling battle with Medvedev on Friday, Djokovic remains the favorite to remain undefeated this week, as well as against Fritz.  While these fast-playing courts suit Taylor’s playing style, and Novak has lost in the semifinals of this event the last two years, Djokovic has been playing extremely well this fall, and will likely reach his eighth championship match at the ATP Finals.

Casper Ruud (3) vs. Andrey Rublev (6) – Both players went 2-1 in round robin play this past week.  Rublev leads their head-to-head 4-1, having claimed their first four meetings, three of which were on clay.  But their most recent encounter, a year ago at this same event, went to Ruud in a final-set tiebreak.