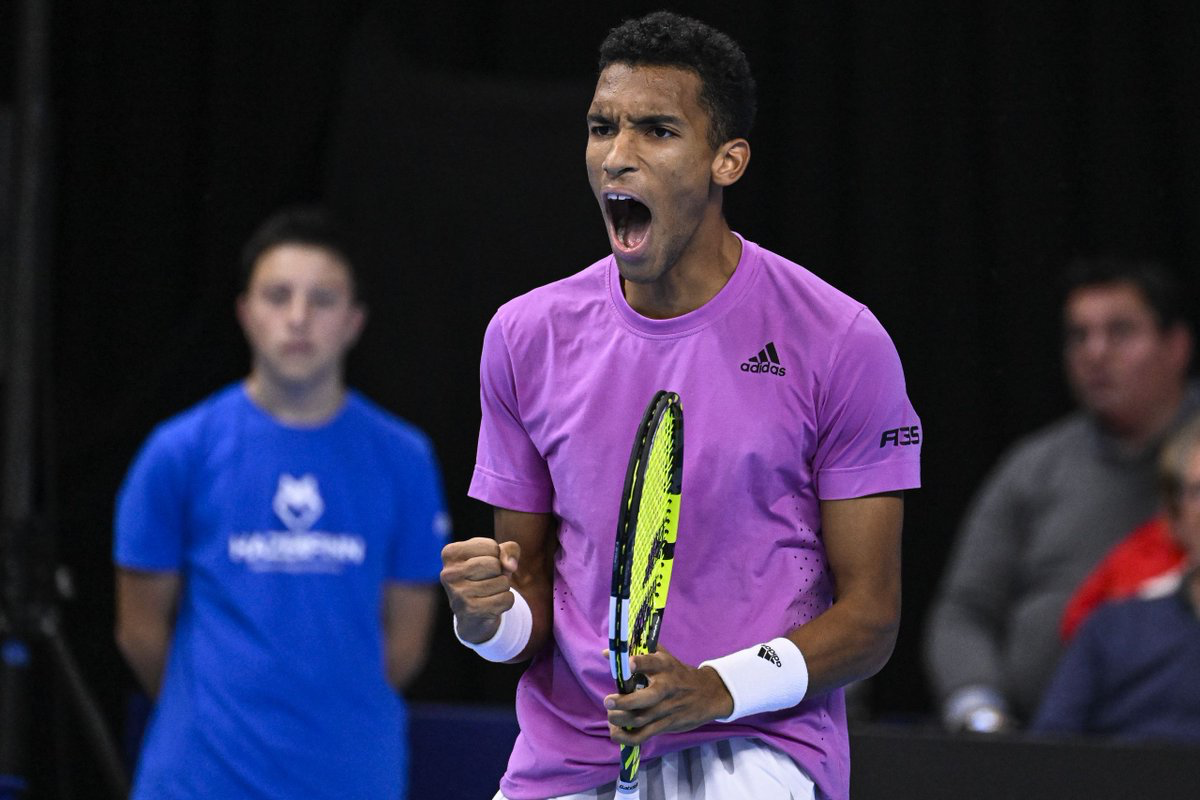 Felix Auger-Aliassime talks about his winning mentality after qualifying for the Nitto ATP Finals.

The Canadian managed to edge past Mikael Ymer in a last set tiebreak to seal his place in the last 16 in Paris.

Auger-Aliassime’s victory was his 14th victory in a row as he is looking for his fourth consecutive title this week.

As a result of his win and Taylor Fritz’s defeat to Gilles Simon, the Canadian has now booked his place in Turin and will compete at the Nitto ATP Finals.

Auger-Aliassime will look for victory number 15 when he takes on Simon in the third round in Paris on Thursday and after his win yesterday the Canadian spoke about building ‘defeat denial’ on his way to his recent form, “Difficult to explain how the defeat denial is built up,” Auger-Aliassime told Tennis Majors.

“I just think you need experience of this type of moments. I learned a lot from this match against Ymer. It is a first round but I think I’ll keep it in my memory. It means a lot to me.

“It’s not just winning when everything’s fine. Last week it was flawless, I won the finals in two sets. Today everything was harder and having found the path to victory really means a lot to me.”

Auger-Aliassime has had a pretty good season with a handful of titles mixed with impressive performances at Grand Slams.

Now the Canadian is looking to end his season in fine fashion and win the Nitto ATP Finals in Turin.

The world number eight also spoke about how team competitions has inspired his recent run of form and how he will look to battle tiredness to end the season strong, “After the US Open, I felt boosted by the collective training session with the Davis Cup team, I played a good match versus Carlos,” the Canadian added.

“After that, the Laver Cup was a nice collective emotion too. I don’t know why but I took will and energy from there. And the motivation to play good until the end of the season.

“[I’m pretty tired], but it’s not the time to complain and whine. I decided to play these events, I won three of them, so I can’t complain. It’s fantastic.

“Here, I’m just trying to give my best. Let’s go and see day by day how I feel. Definitely today was a tough one, not only just the game but the way he was playing as well, he was making me work a lot. That added extra toughness to the match.”

Related Topics:ATP ParisFelix Auger-Aliassime
Up Next