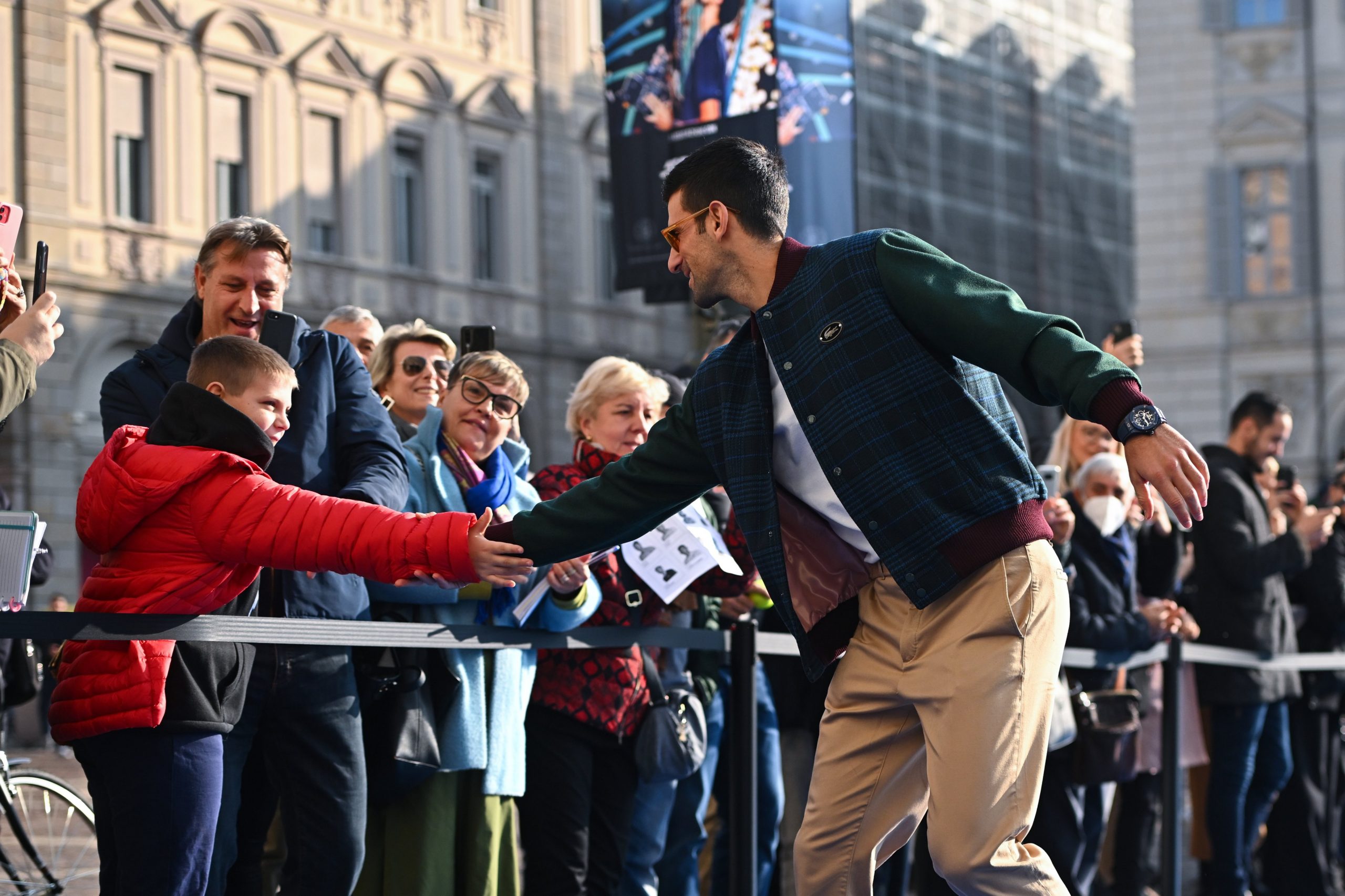 Novak Djokovic this past week in Turin (twitter.com/atptour)

The Red Group begins round-robin play on Monday, featuring three former champions: five-time champion Novak Djokovic, 2019 champion Stefanos Tsitsipas, and 2020 champion Daniil Medvedev.  They are joined by Andrey Rublev, who has qualified for this event for the third straight year.

Each day, this preview will analyze the most intriguing matchup, while highlighting the other matches on the schedule.  Monday’s play begins at 11:30am local time.

Djokovic is 37-7 on the year, with four titles, including a Major (Wimbledon).  And at this event, he is 41-17 lifetime, with five titles, though the most recent came seven year ago.  He’s failed to advance out of the round-robin stage just four times in 14 appearances.  Tsitsipas is 59-22 this season, with only two titles in seven finals.  This is his fourth consecutive appearance at this tournament, but he hasn’t advanced out of the round-robin stage since winning the event in 2019.

And that’s been the result throughout most of their history: a Djokovic victory.  Novak now leads their head-to-head 9-2, and has claimed their last eight meetings.  They just played earlier this month in Paris, where Djokovic scarcely survived in a final-set tiebreak.  Until Stefanos can break that streak, Novak must be considered the favorite again on Monday.

Daniil Medvedev (4) vs. Andrey Rublev (6) – Medevdev is 45-15 in 2022, with just two titles.  Rublev is 49-18, with four titles.  Daniil is 5-1 against his good friend, but their last meeting went to Andrey, which was earlier this year in the semifinals of Cincinnati.

Wesley Koolhof and Neal Skupski (1) vs. Thanasi Kokkinakis and Nick Kyrgios (8) – Koolhof and Skupski are having an excellent season, with seven titles, though none of them were Majors.  Kokkinakis and Kyrgios won two titles, including their home Slam.

Nikola Mektic and Mate Pavic (4) vs. Ivan Dodig and Austin Krajicek (5) – Mektic and Pavic have collected 15 titles across the last two seasons, with six of them coming in 2022.  Dodig and Krajicek accumulated three titles this year.  Mektic and Pavic took their only 2022 encounter, just a month ago in Astana.