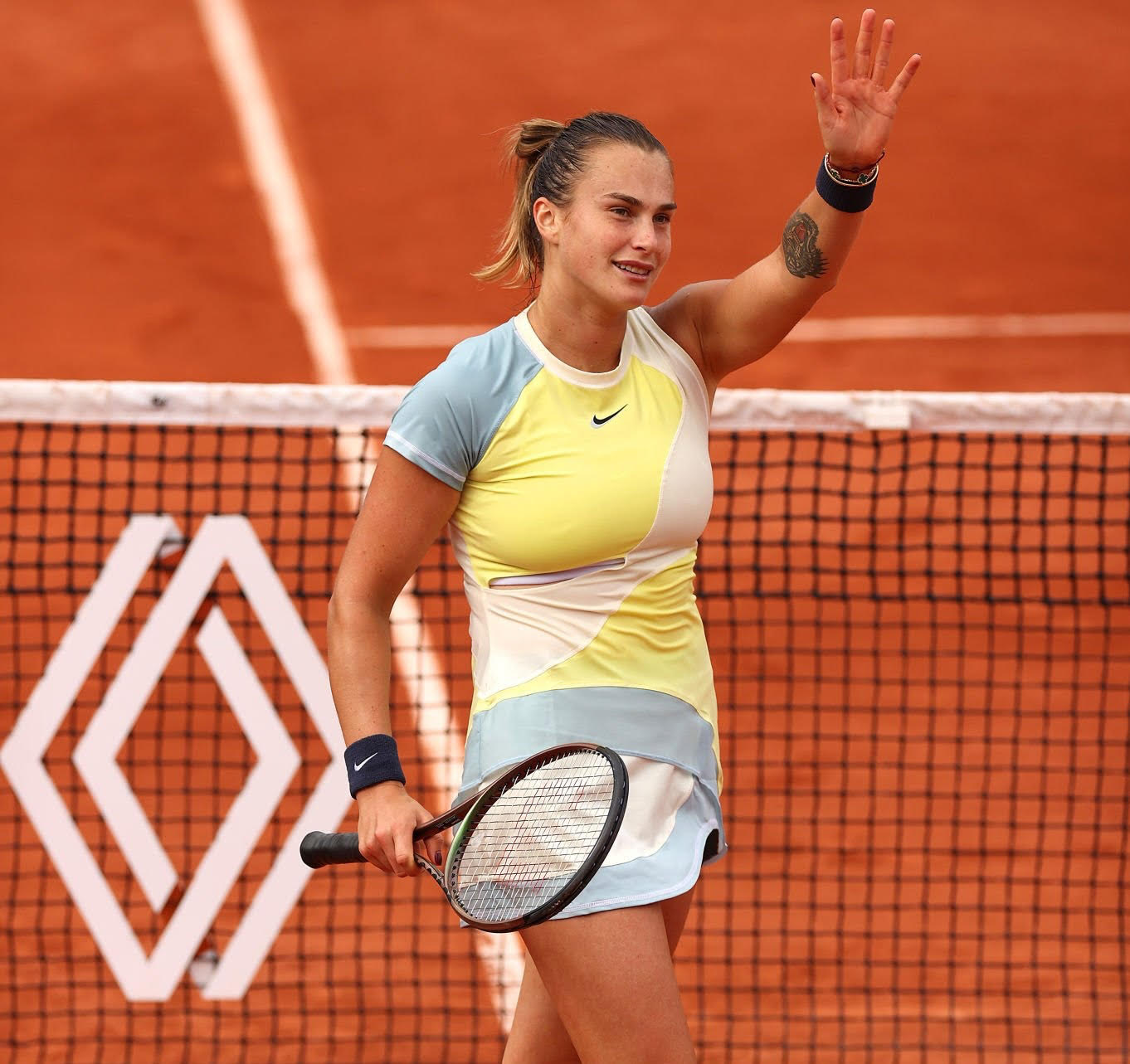 Seventh seed Aryna Sabalenka made light work of American Madison Brengle to book her place in round three of the French Open.

An easy 6-1, 6-3 triumph giving the 24-year-old confidence in her quest to land her first Grand Slam title.

She will play Italy’s Camila Giorgi next as the 28th seed overcame Kazakhstan’s Yulia Putinseva 6-3, 7-5.

There was no such luck for former champion Simona Halep as she was bundled out by China’s Qinwen Zheng 2-6, 6-2, 6-1.

Playing in only her second ever Grand Slam, the Chinese reflected on the win.

“I always believed there was a chance I could win. It doesn’t matter who is in front of me, or that she has more experience than me.

“She is a very good player, a two-time Grand Slam champion.

“I enjoy every chance that I have on the court. I try to give my best like always and I’m happy with my performance today.“

Another former winner in the form of Jelena Ostapenko also crashed out, losing to home favourite Alize Cornet 6-0, 1-6, 6-3.

This sets up a third-round encounter with Zheng.

After playing in her first night session at the French Open, Cornet spoke to the press.

“In the first set she made many mistakes and I stayed very solid. Then she broke me in the second immediately and played more freely.

“When Jelena starts hitting it’s not easy, although physically I gave it my all,” she said.

“I couldn’t find solutions but I fought back in the third set. I found my intensity.

“It was a fantastic show for the audience and one of my greatest memories at the French Open. I have never experienced such an atmosphere.“