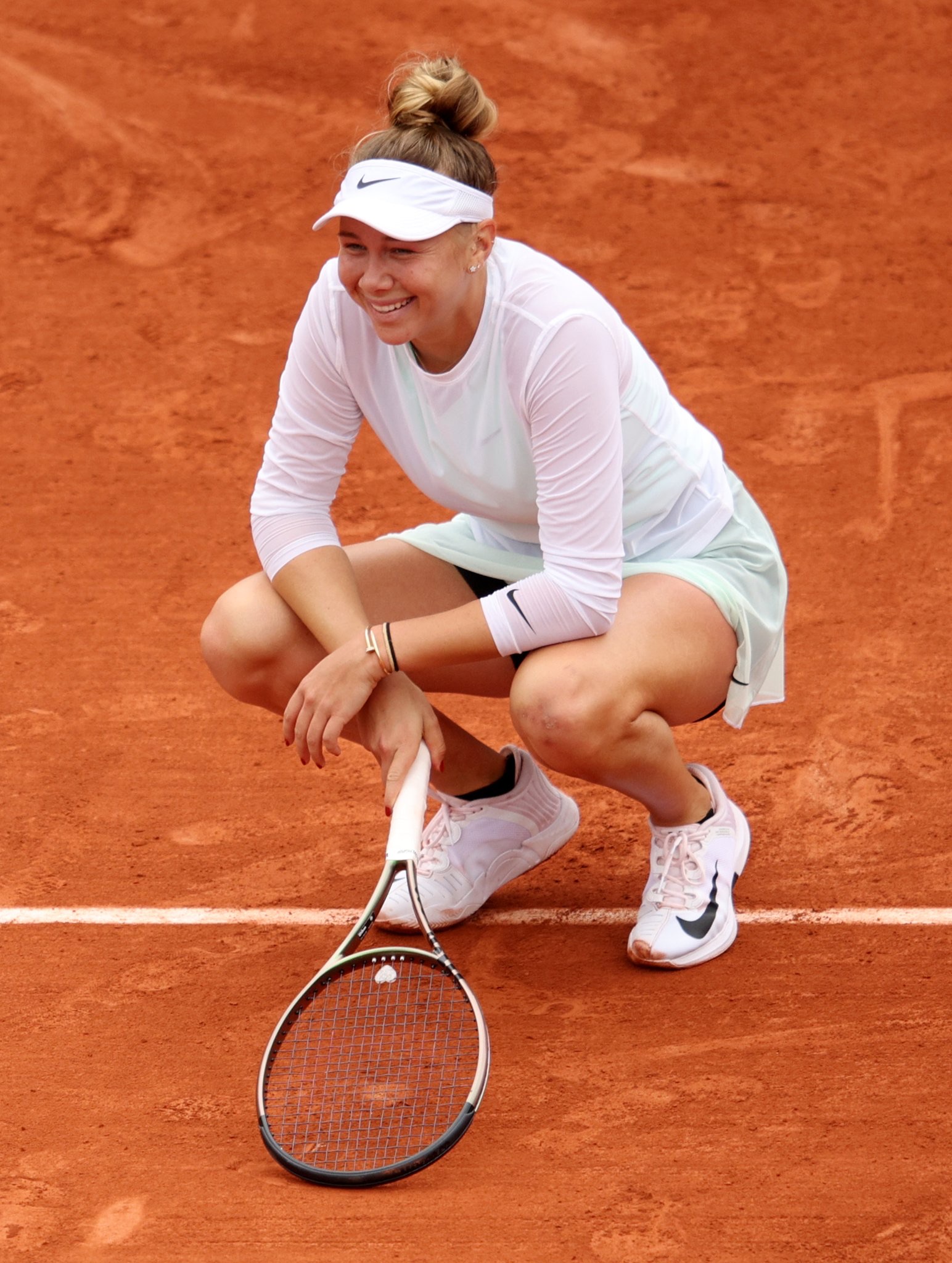 Amanda Anisimova is enjoying her tennis again after her stellar 2022 season continues in Paris.

The American had to overcome a tough challenge against the tricky Karolina Muchova.

Last year’s semi-finalist was leading the Czech Republican 6-7(7) 6-2 3-0 before Muchova’s injury struggles continued and she retired.

As for Anisimova, her form season has continued as she has now won three or more matches in her last four tournaments and has risen up the rankings.

One of the reasons for this Anisimova states is her finding enjoyment in her tennis again, “I think this whole year I’ve just, I don’t know, it’s just different for me this year playing, I just really enjoy like the fight and being out there and just every single point,” Anisimova said in her press conference.

“Last year I don’t think tennis was my first priority. I think that I was just struggling too much off court and I couldn’t really enjoy the game. And, yeah, it was different, so, yeah, I’m just happy with how this year has been going and finding my game again and just be out there playing and having fun.

“I just reset and I, I don’t know, started playing a bit better, so that’s something that I worked on and, yeah, like last year was difficult for me, but I’ve turned things around. I’m enjoying playing tennis more now so, yeah, just my outlook is different.”

Anisimova’s tennis has been a lot more enjoyable to watch and it’s clear to see that the American is enjoying her environment and the way she plays tennis now.

On the flip side, the last couple of years have been a struggle for Anisimova with personal struggles to deal with as well as a lot of anxiety.

Recently Simona Halep suffered a panic attack in her second round match at Roland Garros leading to defeat.

Anisimova reflected on her experiences and admits tennis can be a stressful sport, “I don’t know with other players what they experience, but I feel like for me like when I’m rushing and I’m worrying more and overall I think that what I worked on is just to slow down when I’m aware that it’s happening and just try to take my time and just breathe,” Anisimova told the press.

“I think the awareness part is the biggest key to those situations. I wouldn’t say it’s like such a big thing, like because tennis matches, they’re always stressful, I think, the whole match. I think with experience over the years you learn more and as you play on the big stadiums it’s just comes with experience and, yeah, just learning all the lessons you can.”

Anisimova’s experiences have certainly helped her as she looks forward to the second week at Roland Garros.

Next for the American will be US Open finalist Leylah Fernandez who edged out Belinda Bencic in three sets.

Bencic was the highest seed left in the bottom half in the draw but Fernandez was too strong as she advanced to the last 16.