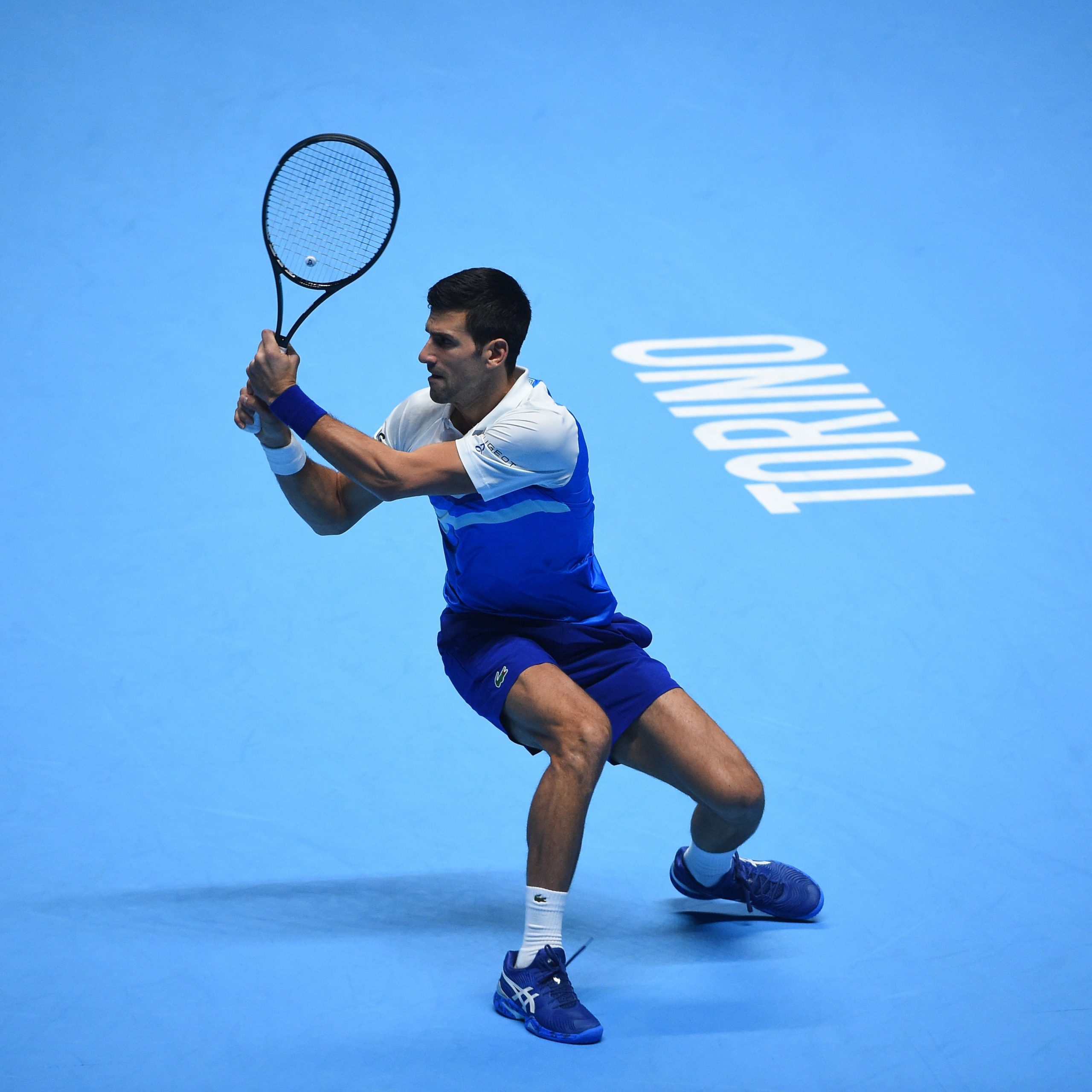 Novak Djokovic moved into the semi-finals of the Nitto ATP Finals with a 6-3 6-2 win over Andrey Rublev.

The world number one won a 50th match of the season after a comfortable win over the Russian.

After a tight opening six games, Djokovic’s incredible defence saw him break Rublev on three occasions as he reached the last four in Turin.

It means Djokovic will top his group and move into the semi-finals where he will face one of Alexander Zverev, Jannik Sinner or Hubert Hurkacz on Saturday.

After the match Djokovic was asked about the status of Roger Federer after he revealed that he may miss the first three grand slams of next season.

The Serb praised Federer and hopes that the Swiss gets his final farewell on his own terms, “Obviously Roger is an icon of our sport and people around the world love him. They love watching him play, love seeing him around. He’s very important for our sport on and off the court,” Djokovic said in his post-match press conference.

“So for the sake of our sport, I sincerely hope that we can see him play at least another time. You know, I’m sure he doesn’t want to end his career this way. I think he’s gonna definitely try to give it a last push, a last try. I’m not sure what his injury is, and I know he’s been struggling with a knee for quite a few years.

“I think for everything that he has achieved and created for this sport, he deserves to play and he deserves to have a proper farewell, I mean, if his injury is not allowing him to play, so to say, more frequently on the tour.”

As Federer’s future looks uncertain, Djokovic’s looks very promising as he aims to make it three wins out of three against Cameron Norrie on Friday.

Norrie comes in as a late alternate after Stefanos Tsitsipas withdrew earlier today.

Ahead of Friday’s contest Djokovic praised Norrie for his season and admitted it will be a tricky test, “Well, even though he got in as a second alternate, it’s not undeserved,” Djokovic confessed.

“Actually, in contrary, he had a fantastic year, winning Indian Wells and being one of the most consistent players on the tour. He definitely deserves to be playing in Turin.

“It’s going to be interesting to see him play tonight, to see how he adjusts to these conditions. They are quite different. There is a bit of an altitude. The ball is kind of tough to control. The ball is flying all over the place.

“Let’s see how it goes, you know, tonight, see his match, do some homework, analyze his game and try to prepare myself for that match in two days.
The good thing is that I qualified for semi-finals, so I won’t have that much pressure to win the match, last match of the group, but obviously every match matters, so I will go with the intention to win.”

Norrie’s first match of the week will be against Casper Ruud and will take place at 8pm GMT time on Friday evening.