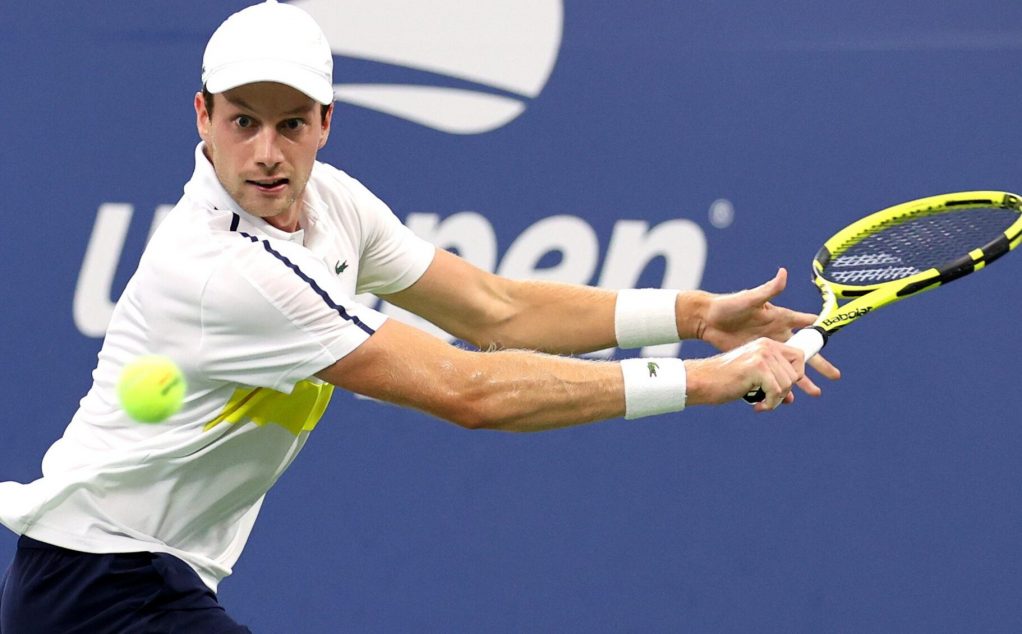 The fairytale run of Botic van de Zandschulp goes on at the US Open after the Dutchman produced an emphatic display to knock 11th seed Diego Schwartzman out of the tournament.

The 25-year-old never seemed to be intimidated by his opponent as he battled his way to a marathon 6-3 6-4, 5-7, 7-5, 6-1, victory in what is his second win over a top 20 player within a week after Casper Ruud. Winning 77% of his first service points and blasting 72 winners past Schwartzman in the process. Continuing a trend of what has been hard-fought matches involving the 25-year-old who had lost the first set of his six previous encounters at this year’s tournament (including qualifying).

“I don’t really have words for it. I have played so many matches here,” said Zandschulp.
“In some of them I was on the brink of defeat but I pulled through in every one of them. For the first time in the tournament I won the first set, even the first two. I almost ended up losing the match but I’m glad I won in the end.”

Battling on the court for more than four hours, both players had their chances during what was a roller-coaster showdown. Initially, Zandschulp seemed on course for a stunning straight-sets win after working his way to a 6-3, 6-4, 4-2, lead by producing a level of tennis that exceeded his current ranking. However, Schwartzman refused to go down without a fight as he clawed his way back to level before going on to clinch the third and fourth sets. Saving two match points in the process.

Heading into a decider, the Dutch player opted to take a toilet break which transformed the match. Upon resumption, the underdog went off guns blazing in the decider with a three-game winning streak to the frustration of his animated opponent. Closing in on the milestone win, a smash at the net secured Zandschulp a double break and crucially moved him to a 5-1 lead. On his fifth match point, he prevailed with the help of a deep shot drawing an error from across the net.

Zandschulp started this season ranked 195th in the world but has carefully worked his way up to a current career-best of 117th. This year he has reached the Grand Slam main draw of all four Grand Slams by coming through qualifying. Although at Wimbledon he gained entry via a lucky loser spot before winning his first round match.

Since Wimbledon Zandschulp has been grinding hard on the Challenger Tour by playing five tournaments with as many weeks in different countries. In each of those tournaments, he reached the quarter-finals or better. After that, he jetted off to New York for what is not only his first-ever experience of playing at the US Open. It is the first time he has ever visited the city in his life.

Surging in confidence, Zandschulp heads into the quarter-finals with nothing to lose. Awaiting him will be second seed Daniil Medvedev, who saw off Dan Evans in straight sets. He is the first male player from his country to reach the last eight of a major since 2004.

“Before the tournament nobody expected me to reach the quarter-finals here. I think they are amazed and hopefully proud,” Zandschulp replied when asked what the reception will be back home.

Zandschulp is set to surge up the rankings to inside the worlds top 70 following his latest win.

Related Topics:2021 US OpenBotic van de Zandschulp
Up Next

Elina Svitolina Cruises Past Halep To Reach US Open Quarter-Finals