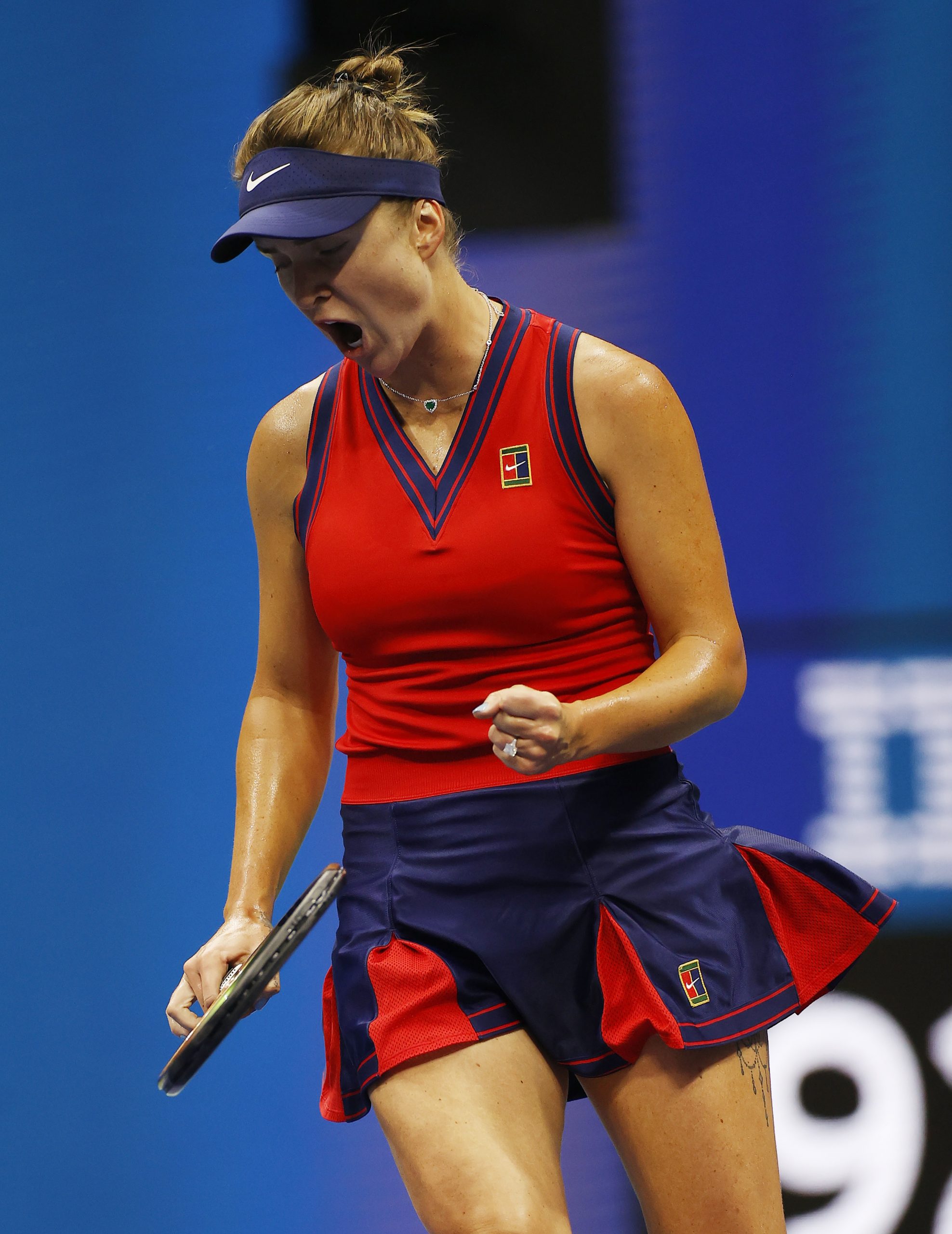 Elina Svitolina is into the US Open quarter-finals for the second time after a 6-3 6-3 victory over Simona Halep.

The Ukrainian produced the perfect performance to cruise past the two-time grand slam champion in straight sets.

Svitolina won 71% of her first service points in comparison to Halep’s 53% as she made the last eight in New York.

Next for the world number five is either Angelique Kerber or Leylah Fernandez.

It was Halep who gained the better start as some perfectly constructed points saw get the early break in the third game.

However after recently winning the title in Chicago, Svitolina didn’t lose confidence after being broken and was able to break straight back.

Despite this the Romanian still managed to create break points forcing Svitolina to save two of them in the seventh game.

In the following game Svitolina pounced on some passive play from the Romanian as some deep shots mixed with wide angles saw Svitolina get the crucial break at 5-3.

As Halep grew frustrated at her mistakes especially on the backhand, Svitolina had momentum on her side and was able to serve out the opening set in 35 minutes.

There was a similar pattern in the second set with both players exchanging early breaks.

However in the latter stages of the set, Svitolina took control as she dictated points with Halep failing to capitalise on a performance dip from the Ukrainian.

Frustration grew and time was running out with Svitolina continuing to dictate play. A long seventh game ended with the crucial break for the fifth seed.

From there it was all about Svitolina as a third break of serve in the set sealed a dominant performance to reach the last eight at the US Open for the second time in three years.

Svitolina’s confidence keeps growing as she continues to fly under the radar while for Halep a good first grand slam since her return from injury comes to a disappointing end.

Next for Svitolina will be either Angelique Kerber or Canadian rising star Leylah Fernandez.