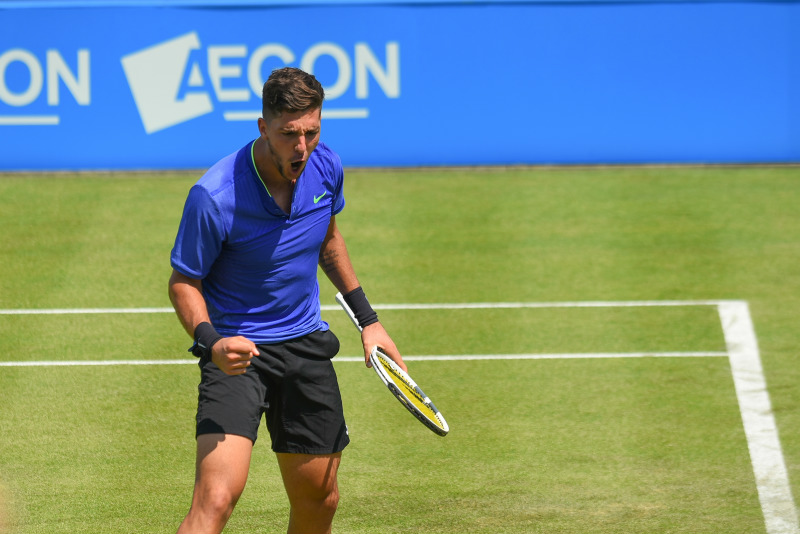 Australian tennis star Thanassi Kokkinakis has spoken out for the first time about dealing with depression throughout his numerous injury-related setbacks.

The 24-year-old has been marred by various physical problems related to his shoulder, groin, pectoral, back, knee and elbow over recent years, as well as contracting glandular fever in 2020. Although at the same time he was also battling something else behind closed doors and even considered retiring from the sport.

Speaking to the Ordineroli Speaking podcast Kokkinakis reveals that he had suffered with anxiety when out in public and bouts of depression over the past five years. Describing what he went through as ‘strange’ as he struggled with his own thought processes.

“Depression was a real thing. I’d walk into cafes and get really bad anxiety and I was, like, ‘I’ve gotta get out of here’,” Kokkinakis said.
“I’d just get really nervous, I could feel my heart racing. Real strange stuff, stuff that I’d never had growing up.
“No positive thoughts ever came in and if they did for a second it would switch back off really quick.”

A former top 10 junior who reached the final of the US Open boy’s tournament, Kokkinakis was tipped to be the next star of Australian tennis along with Nick Kyrgios. In 2016 he peaked at a ranking high of 69th in the world and has won four Challenger tournaments. Although he is currently ranked outside the top 200 after missing the entire 2020 season last year due to both illness and the COVID-19 pandemic.

“I’ve had different phrases for it but probably in 2016 it was pretty bad after the shoulder surgery,” he talked about his depression.
“It also got really bad after, I think, 2019 when I played at the Australian Open and tore my pec. I trained for six months building myself back up and then the first tournament back I tore the same thing.’
“I would say 2017, the end of 2016 was when it was really bad.”

One of the strangest aspects for Kokkinakis to deal with was trying to control his emotions. Describing the experience as ‘weird shit’ he said seeing people happy would make him cry for no reason. One particular incident he remembers was when the two-year-old daughter of his coach asked him for a hug.

“I would just be crying in my room for no reason,” he said. “I would get anxiety just going for a walk when there was no one in the vicinity of 100 meters from me. It was weird and I could really explain it.’
“Over time shit changed and I just felt more comfortable and felt fine. Starting going to the gym again, built myself up physically and that helped me.”

Kokkinakis returned to the Tour in January and at the Australian Open he reached the second round where he took world No.6 Stefanos Tsitsipas to five sets before losing. Tsitsipas was the first top 10 player he had played on the Tour since he beat Roger Federer at the 2018 Miami Open.

“I don’t want to sound all doom and gloom here ’cause I’m good now,” Kokkinakis stated.
“But, yeah, it was pretty grim for a while.
“It was strange. You can’t see any positives or you can’t see any good things at the end of the tunnel.
“So I think only people that have gone through that can kind of understand that.
“Even if there’s good things right in front of you, you can’t see that ’cause you’re so locked and consumed into your own thoughts.
“It’s a real dark place and I don’t want anyone to go through it because as bad as the physical pain is the mental pain is way, way worse.”

Related Topics:Thanasi Kokkinakis
Up Next

Stefanos Tsitsipas Pledges To Raise Money For Charity In Doubles