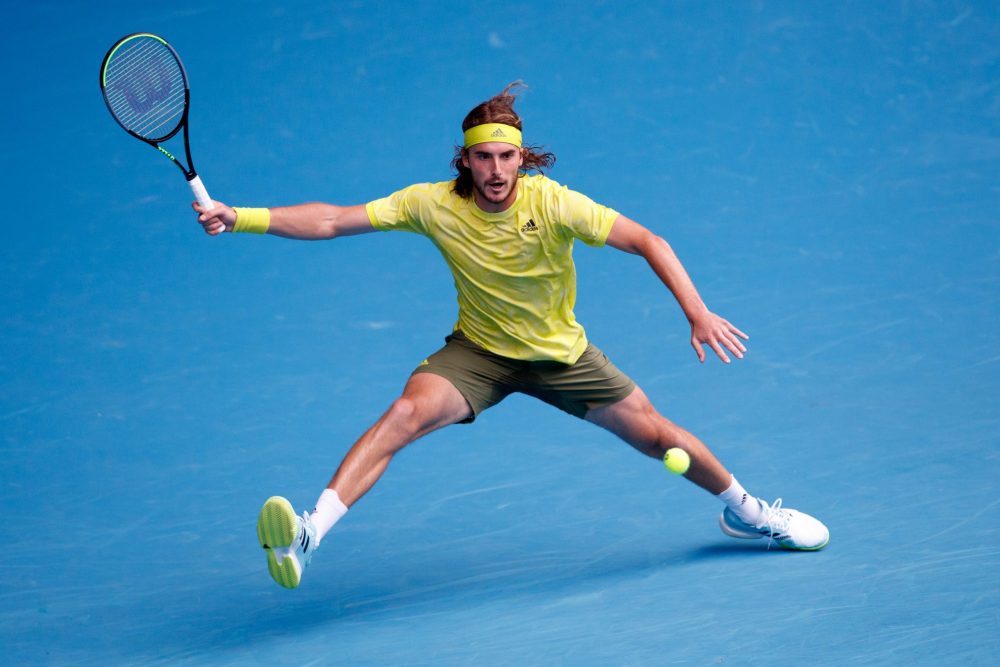 Fifth seed Stefanos Tsitsipas overcame a huge second round scare against Thanasi Kokkinakis to seal a place in the last 32 of the Australian Open.

The Greek tennis star had to come from behind to edge out the injury-stricken world No.No.267 6-7(6), 6-4, 6-1,6-7(5), 6-4, during what was a marathon clash at Melbourne Park. Tsitsipas, who dropped just four games during his opening match against Gilles Simon, found the going significantly tougher in his latest encounter. Nevertheless, he managed to prevail with the help of 78 winners against 46 errors and managed to break the Australian’s serve five times.

The encounter was only the third competitive match Kokkinakis has played since the 2019 US Open. Since then, the 24-year-old has been sidelined by both injury and the pandemic. He has been blighted by injury throughout his career but has been ranked as high as 69th in the world back in 2015.

“Thanassi is a great competitor and a great fighter. It was very difficult facing him today. He’s a talent who has huge potential. I am pretty sure he knows it himself. He just needs to take advantage of it and make the best of his career,” Tsitsipas said during his on-court interview.
“He’s a great server, has all the weapons from the baseline. It was quite a difficult match.”

Tsitsipas’ biggest weapon against Kokkinakis was his serve as he remained unbroken throughout the match. Winning 86% of his first service points. Kokkinakis was also impressive behind serve but his occasional blips enabled the world No.6 to capitalise at times as he broke once in the second set followed by three more times in the third.

Trying to establish a stronghold in the match was a far from easy task for Tsitsipas who was unable to get a look at his opponents serve throughout the majority of the fourth set. Nudging ahead to a 5-4 lead and one game away from victory he elevated his intensity during a marathon Kokkinakis service game but still it wasn’t enough. Tsitsipas’ first match point occurred after a forehand from across the court landed out, however, he was unable to convert as they drew level once again.

Kokkinakis’ resistance eventually frazzled the mind of Tsitsipas who hit a duo of unforced errors during the second tiebreak to hand the Australian a 5-1 lead. Although he did recover to draw level again, the home favourite continued to play some inspired tennis. A serve out wide rewarded the underdog with a set point to force the clash into a decider which he converted after hitting a backhand down the line winner.

The titanic tussle continued into the decider with neither player being prepared to back down. Once again Kokkinakis delighted home fans by coming through another marathon service game which saw him save two break points to move ahead 2-1. However, two games later he was not as fortunate after hitting two consecutive errors to hand Tsitsipas a crucial break. Prompting him to drop his head in disappointment.

Back in the lead once again, Tsitsipas carefully manoeuvred his way to the finish line against a player who last played a five-set match at the 2017 US Open. Continuing to weather the storm he worked his way to match point opportunity number two more than an hour after his first after hitting a serve out wide which Kokkinakis returned into the net. Victory was then sealed with the help of another well placed Tsitsipas serve down the centre of the court which triggered another error.

“I just want to go for an ice bath right now that is all I’m thinking,” the Greek proclaimed after playing for 272 minutes.

Tsitsipas will return to the court in two days to play Mikael Ymer in the third round. The Greek has been billed as one of the future stars of the sport to take over when the reign of the Big Three comes to an end.

“I think we are a great generation of players. There is so much variety and diversity among us so I think we are expected to see some good tennis in the next couple of years and it’s going to make it really interesting,” he said.
“I think it is going to be something more interesting than the top three right now.”

Coincidentally Ymer was a practice partner for Tsitsipas heading into the Grand Slam.