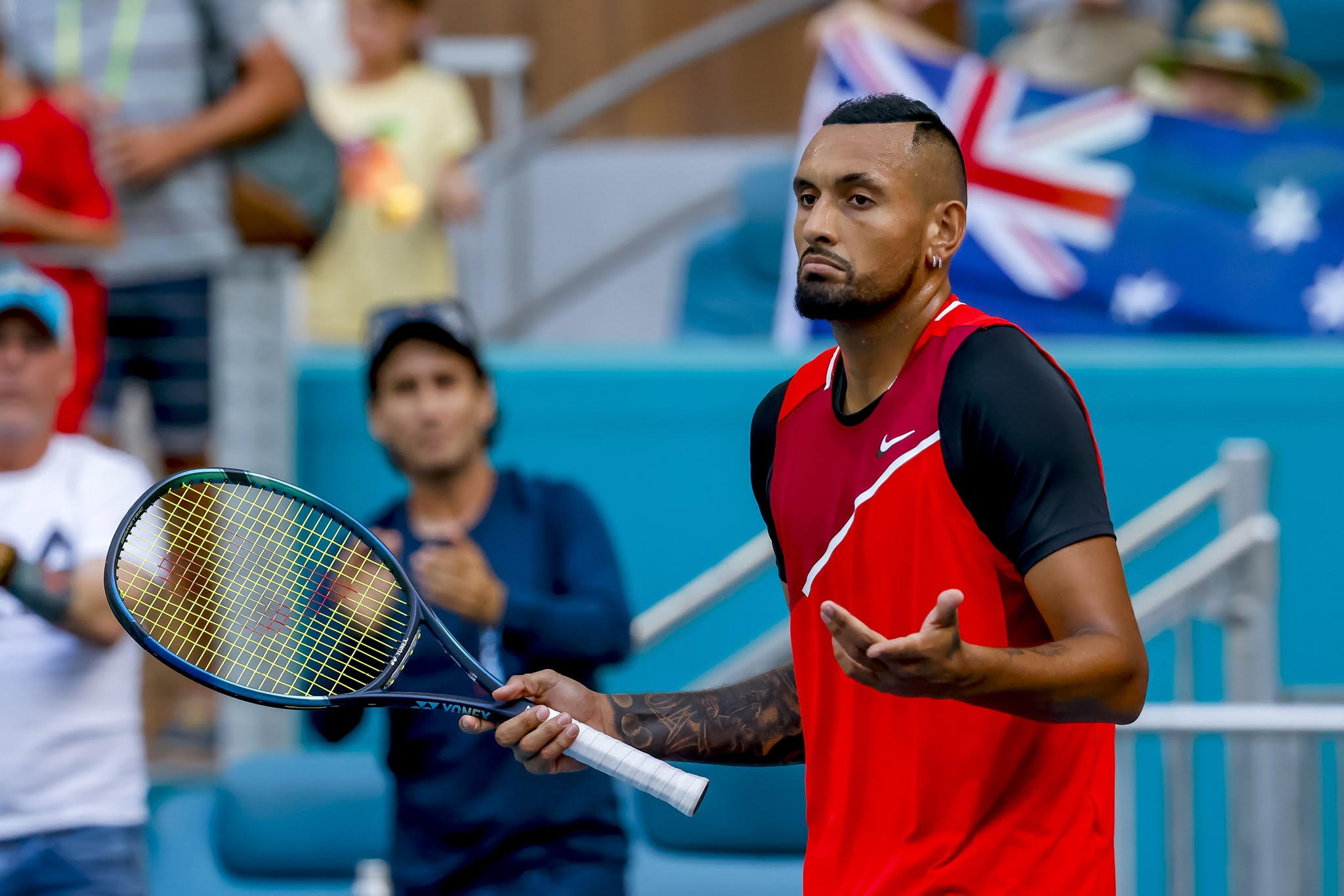 Australian tennis hopes appear to be in good hands once again at the Miami Masters after troublesome duo Nick Kyrgios and Thanasi Kokkinakis impressively booked their places in the round of 32.

Since winning the Australian Open doubles title together on home soil, the pair are a completely different animal now, taking that form into the singles circuit.

For the Aussie to win, 6-3, 6-0, including that bagel clinching second set, this was yet another statement victory.

This latest top ten win comes hot on the heels of the 6-4, 6-4 demolition of Casper Rudd at Indian Wells.

Not bad for someone ranked 102 in the world.

However, it’s safe to say that Kyrgios is much better than his ranking suggests.

And at this rate, he should be flying up the rankings and could possibly be back in the top 50 by the grass-court season.

Which is one of the Aussie’s strongest surfaces, as his monster serve is even more of a weapon on grass.

It’s also fair to say that in reaching the quarter-finals at Indian Wells, Kyrgios played above his level to make things uncomfortable for Rafa Nadal.

He took a set off the Spaniard and went down in three close sets.

So, injury permitting, it does appear that the Aussie has his motivation back in full flight.

This parallels with his close childhood friend, Kokkinakis, who also seems to be enjoying himself again on the tour.

At 97 in the world, he is gradually creeping up the rankings once again.

The 25-year-old enjoyed a sterling month in January as he won his home tournament of Adelaide before starring alongside Kyrgios in Melbourne, where they stormed to a first Grand Slam title.

Albeit in doubles, the pair destroyed even accomplished pairings and that run down under seems to have transformed the pair’s confidence.

Kokkinakis is basking in the glory again in Miami, after saving match point to put out Argentina’s Diego Schwartzman on Friday; 4-6, 7-6 (7-3), 6-4.

It was just over four years ago to the day that Kokkinakis stunned the world to defeat the reigning champion Roger Federer in Miami.

So, it’s fair to say the East Coast holds happy memories for the Aussie.

Now the draw looks ever so favourable for both Kyrgios and Kokkinakis.

The first takes on an out of form Fabio Fognini. Whilst the second entertains American qualifier Dennis Kudla.

It will be fascinating over the weeks and months, if we can say that Kyrgios and Kokkinakis are BACK, and for good this time.