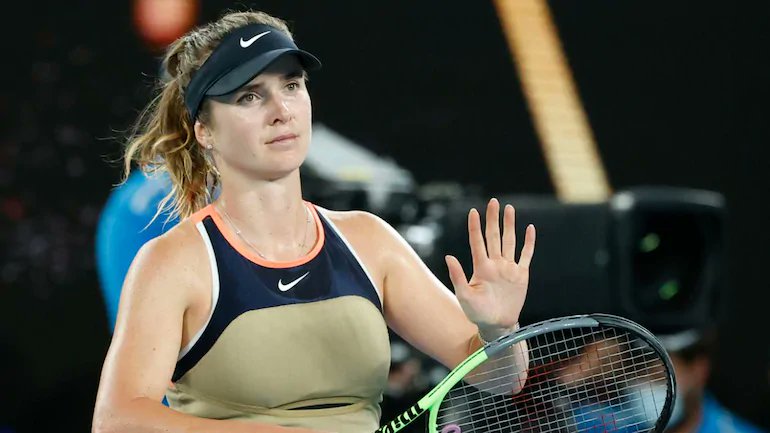 Elina Svitolina battled past Shelby Rogers 3-6 7-5 6-3 in two and a half hours to reach the third round in Miami.

The Ukrainian has been struggling for wins and confidence recently and today she faced another tough battle as she progressed to the third round.

Svitolina will now face Ekaterina Alexandrova in round three in a repeat of their brutal match in Abu Dhabi.

However there will be no further sighting of Madison Keys as she was stunned by Croatian Ana Konjuh.

Having suffered early exits in Doha and Dubai, Svitolina was aiming to get back onto winning ways against the big-hitting Shelby Rogers.

A positive start was made by the world number five who benefitted from a slower playing surface at this year’s Miami Open as she took a 3-1 lead.

Rogers, who was known for beating the top players, took advantage of Svitolina’s vulnerability from leading positions as she increased the intensity of her shots.

Svitolina had no response to this and Rogers stormed back to take the next five games and claim the first set 6-3.

In the second set the American took the momentum as she lead by a break on two occasions before the fifth seed responded immediately.

It was a battle for Svitolina throughout the match as she attempted to use her defensive skills to redirect her shots.

A crucial break at 5-3 was quickly snuffed out by the world number 52 as Svitolina’s nerves were present.

Eventually though Svitolina’s fighting qualities were her strength as she clawed out the second set as Rogers’ produced a woeful volley at the net.

The unforced errors continued to flurry for the American with Svitolina producing more confident shot-making.

A crucial break at 4-2 was the difference as Svitolina’s transition between defensive and attacking tennis was the key.

Eventually the fifth seed served out the match in more than two and a half hours to seal a potentially big win in Svitolina’s season.

After the match, Svitolina acknowledged the tough contest today, “Yeah it was quite a tough battle for me,” Svitolina said in her press conference.

“I started quite but unfortunately didn’t hold my serve and it was a bit disappointing. Then I got distracted with my wrist pain. It was not a perfect performance but in the end I was trying to fight and put aside all the distractions that I had.”

Next for Svitolina is Ekaterina Alexandrova cruised past Roland Garros semi-finalist Nadia Podoroska 6-0 6-4.

If the Abu Dhabi clash between Svitolina and Alexandrova is to go by it should be an exhausting clash with the Ukrainian winning that match at the start of the year 6-2 6-7(5) 7-6(8).

In other results in Miami, there was a less successful performance from Madison Keys after she was knocked out by world number 338 Ana Konjuh 6-4 6-2.

The Croatian who has just returned after having four operations is looking to fulfil the potential that so many had predicted for her as she converted all five of her break point opportunities to beat the world number 19.

Meanwhile there were also comfortable victories for Belinda Bencic and Johanna Konta over Zarina Diyas and Magda Linette respectively.