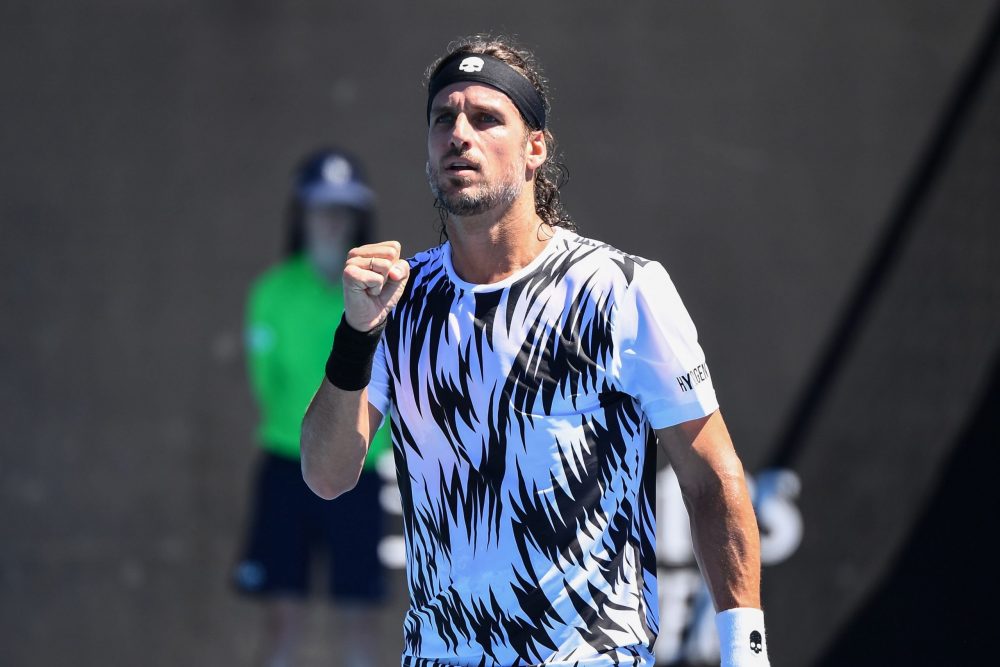 Incredibly Feliciano Lopez’s run of appearances in Grand Slam tournaments is a longer period than what Italy’s Jannik Sinner has been alive for.

Despite his age the 39-year-old Spaniard is proving at the Australian Open that he still has what it takes to compete with the best in the world. Currently ranked 65th in the world Lopez battled back from two sets down to defeat Lorenzo Sonego 5-7, 3-6, 6-3, 7-5, 6-4, in the second round on Thursday. To put that achievement into perspective, he is the oldest player to win a major match from two sets down since Ken Rosewall at the 1974 Wimbledon Championships.

“The first two sets I didn’t start it quite well, he was a better player. I didn’t find a way, honestly, during the first two sets,” said Lopez. “Then all of a sudden after the break everything changed. The conditions are pretty fast, I would say, especially today.”

Proving that age is just a number, Lopez’s average service speed registered at 187kmh which is just 4kmp less than work No.1 Novak Djokovic during his second round match. Overall, he produced 16 aces and 42 winners. Not a bad performance from the second oldest player in the top 100 after Roger Federer.

Lopez’s latest triumph also makes him the oldest player to reach the third round of the Australian Open since 1978. Incredibly Melbourne is the 75th Grand Slam he has played in a row, having not missed one since the 2002 French Open. Although his main draw debut in a major started back in 2001 with a match he still remembers now.

“I think I got killed in the first round by Carlos Moya, if I’m not wrong. I qualified and I lost to him,” Lopez reflected.
“He was my idol when I was growing up as a junior, Carlos was always someone I really admired when I started playing professionally. For me it was like a gift to play against Carlos in the French Open.’
“I think he was a much better player than me. But this is my first memory from a slam.”

On the ATP Tour Lopez’s Grand Slam tally of 76 appearances has only been surpassed by Roger Federer who is on 79. He has not given a firm outline on when he may potentially retire from the sport but he is already venturing outside of competitive tennis. Lopez is also the tournament director of the Madrid Open.

As for the future of the sport itself, the former world No.12 has come out in favour of retaining the best-of-five set format in the Grand Slams.

“I love the five-setters,” he stated. “Five-set matches bring something different to tennis, especially when they go into the fifth set, sometimes you have big matches and I honestly love them.’
“I don’t know if they are the best, given the circumstances that we have right now where most of the players we haven’t played much in the last year nearly one year and a half. This I don’t know. But I wouldn’t change the five-set matches in the slams.”

Lopez will play seventh seed Andrey Rublev in the third round.