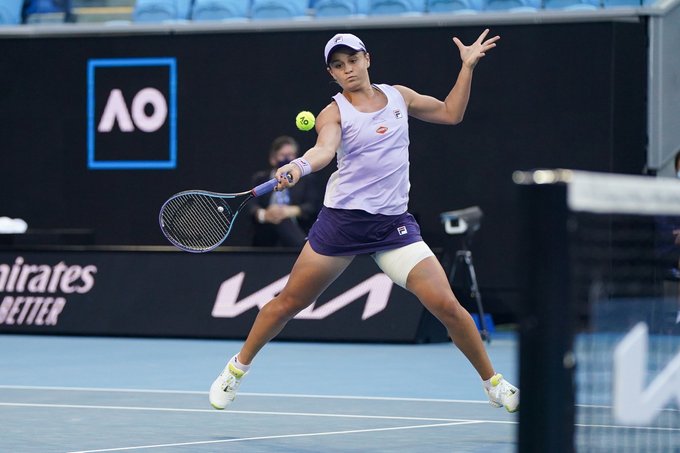 The return of Ash Barty to professional tennis couldn’t have gone much better than it has, according to her coach Craig Tyzzer.

The world No.1 took an 11-month break from the Tour due to the COVID-19 pandemic before returning to action last month. Since then, Barty has already won a WTA title at the Yarra Valley Classic and is currently on a eight-match winning streak. At the Australian Open she has cruised to the quarter-finals without dropping a set. Recording wins over Danka Kovinic, Daria Gavrilova, Ekaterina Alexandrova and Shelby Rogers.

Barty’s winning comeback has been hailed by Tyzzer who was named WTA Coach of the Year back in 2019. Speaking to reporters on Tuesday, he believes the benefits of having ‘the longest pre-season ever’ is starting to pay off.

“She’s been playing well each match. There’s probably been a few dips and a few rises, so there’s a bit of that flow as well,” he said.
“I think it’s ideal that she’s still alive and still playing, still able to keep progressing in the Australian Open. It’s obviously great for us and for her.’
“She’s put it together really well, probably better than I expected.”

At the start of the Australian Open the 24-year-old had the added boost of being cheered on by fans in Melbourne Park but that has since changed. The city is currently in the middle of a five-day lockdown and therefore the event is taking place behind closed doors. Whilst the absence of a crowd is noticeable, Tyzzer believes that it will not affect how she plays over the coming days.

“I know from last year when she won, she loved the crowd in Adelaide last year when she won. It’s a nice venue, really close, really loud. I think she enjoys the Aussie crowd behind her,” he said.
“She’s also good at going, Okay, I have to focus on what’s going on on the court. It doesn’t distract her. I think she’s done that really well. We played with crowds the first week, a bit here during the Australian Open, and she’s been able to focus on what’s going on.”

This year Barty is seeking to become the first home player to win the Melbourne title since Chris O’Neal in 1978. She reached the semi-final stage last year before losing to eventual champion Sofia Kenin.

Looking ahead to what the rest of the season may have in store, Tyzzer confirmed that Barty plans to return to Europe, as well as the Middle East. She skipped the French Open last year where she was the defending champion due to concerns related to travelling during the pandemic.

“We’re hoping that we’ll set up some sort of base somewhere probably in Europe where we can at least switch off and relax and spend some time away from tennis, maybe a bit of golf for Ash,” Tyzzer outlined.
“We’re yet to finalise anything in that regard. But we’re planning on being away for a while.”

Another tournament on Barty’s mind is the Olympic Games in Tokyo. Only once in history has an Australian female tennis player won an individual Olympic medal. That was Alicia Molik at the 2004 Games.

“She’s down to play. She’s pretty keen to play,” he commented on going to the Olympics.
“We’re hoping for her that goes ahead. She’s very excited.”

Barty will play Karolína Muchová is the quarter-finals at the Australian Open on Wednesday.