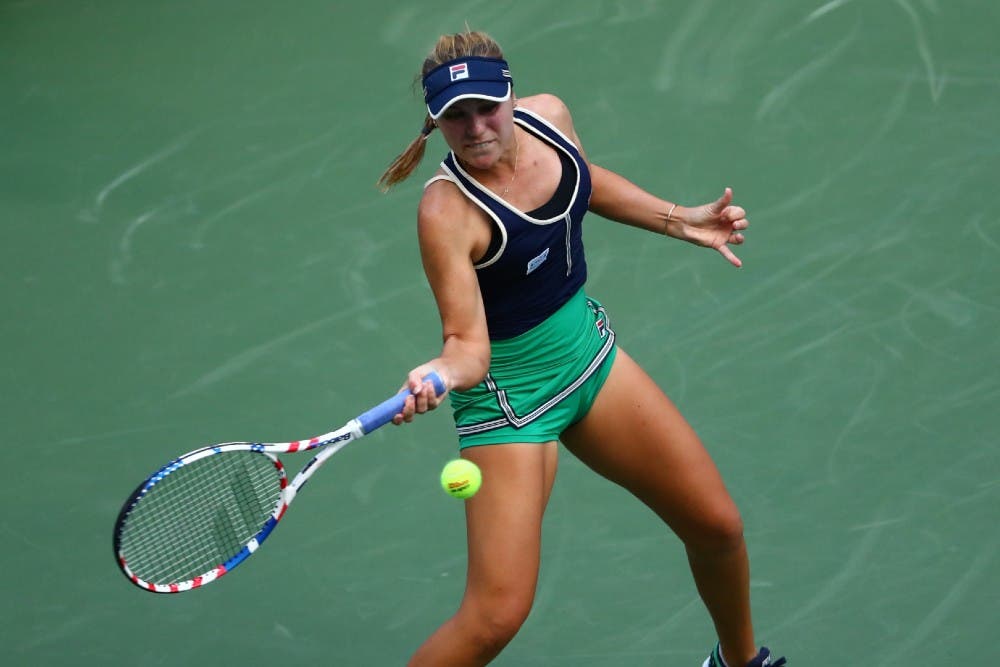 A year ago Sofia Kenin started her trajectory to become the next big thing in women’s tennis after lifting the Australian Open title at the age of 21.

At the Melbourne major she scored wins over the likes of Ons Jabeur, Ash Barty and Garbine Muguruza to become the youngest American player to win a major title since Serena Williams back in 2002. Following the milestone, Kenin suffered a series of disappointing losses before winning her next title in Lyon during March. However, what she didn’t know at the time was that she would not be able to play again for another five months.

The COVID-19 pandemic brought the world of tennis to a standstill with various tournaments either cancelled or suspended. Sudden Kenin’s climb in sport stopped and there was nothing she could do about it apart from wait. It was an unfortunate situation for the sport to be in and Kenin herself admits it had a big impact on her mental health too.

“Last year was supposed to be the best year after winning a slam and then COVID happened,” Kenin told reporters at a Motorola virtual breakfast on Thursday.
“It took a big toll on me and obviously I was quite disappointed.
“It’s kind of hard to get motivated when constantly every tournament is being cancelled.
“You see that for four or five months there are no tournaments which makes it really tough.”

During that period the world No.4 was still able to train at a private academy but her motivation for the sport suffered a blow. Her only taste of competitive tennis during the break was the World TeamTennis event where she played for the Philadelphia Freedoms.

“It was great but at the beginning our practices weren’t the best – no motivation,” she said.
“It was quite depressing to be honest.
“But my dad knew why I was feeling like this so he obviously helped me.”

Despite her problems, Kenin managed to enjoy success once again with the Tour resumed by reaching the final of the French Open in October, as well as the fourth round of the US Open. Her performance in 2020 was officially recognized by the WTA who named her Player of the Year in their annual awards.

Kenin is yet to defend a title of any kind in her professional career but will be hoping to end that run at the Australian Open. The task of doing so will be far from simple with only two players having done that within the past 15 years – Williams and Victoria Azarenka. Nevertheless, she is relishing the challenge.

“Definitely a little bit of pressure, for sure. But I’m going to do my best and I’m really looking forward to the challenge as defending champion,” she told the TODAY show.
“It comes with pros and cons but I’m really looking forward to it.
“I love being at this level and competing with the best players in the world.
“I worked really hard to get here and it’s an honour. It’s going to be a great challenge, everyone is super excited to be back here and with the fans, 50 per cent of the fans, I feel it’s going to be somewhat normal.
“I cannot wait to see the fans and the energy. All of us are really excited.”

Fortunately for the American she was not one of the 72 players who had to go into strict quarantine after being declared a close contact of somebody who tested positive for COVID-19. Meaning she has been allowed to train on court during the past two weeks.

Kenin started this season in Abu Dhabi where she reached the quarter-finals before losing in three sets to Maria Sakkari. She will return to action next week at the WTA Yarra Valley Classic.