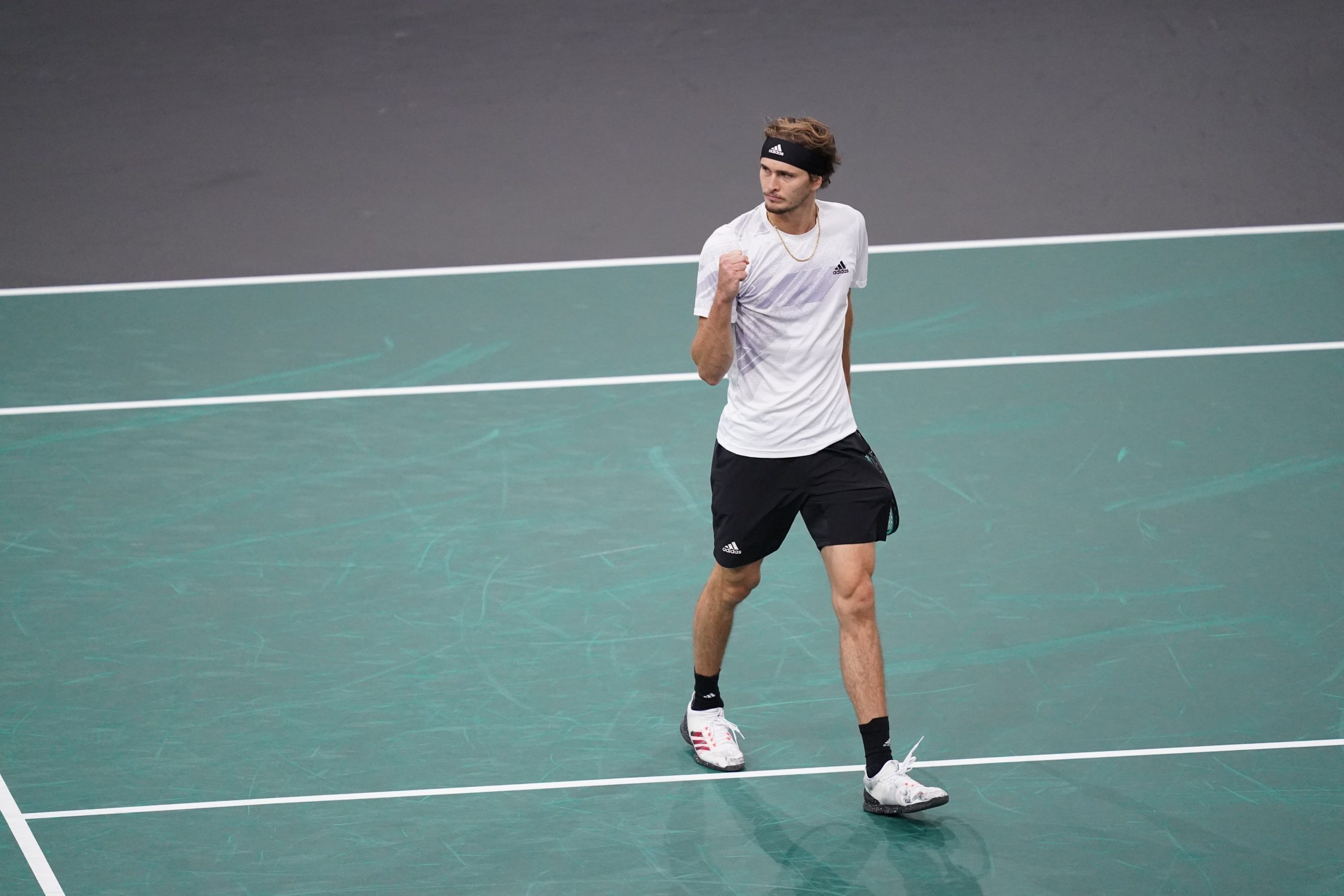 And in the doubles final, US Open champions Bruno Soares and Mate Pavic face Felix Auger-Aliassime and Hubert Hurkacz, who have survived three consecutive match tiebreaks this week.

Sascha Zverev has dominated headlines these past two weeks due to off-court allegations of abuse made by an ex-girlfriend.  But that hasn’t impacted his on-court performances.  The 23-year-old German is on a 12-match winning streak, coming off back-to-back titles in his home country.  And over the past two days, he took out a pair of multi-time Major champions in straight sets: Stan Wawrinka and Rafael Nadal.  Overall he is now 21-3 since the tour restart in August.

Daniil Medvedev is into his fourth Masters 1,000 final out of the last six events.  But after a stellar 2019, he’s yet to win a title during this abbreviated 2020 season.  And this is his first final since October of last year.  Prior to this week, the 24-year-old Russian had lost five of his last eight matches, including an 0-3 run on clay.  However, he’s advanced rather comfortably this week, dropping only one set.  On Monday, Daniil will reach a career-high ranking of No.4.

Zverev has owned this rivalry, winning five of their six matches played.  All their encounters have been contested on hard courts.  Medvedev’s only victory happened to come in a Masters 1,000 final, last year in Shanghai.  Their most recent meeting was at last year’s ATP Finals, when Zverev prevailed in straight sets on an indoor hard court.  Sascha’s has been putting on a serving clinic this week, striking 48 aces and just six double faults.  Yesterday against Rafael Nadal, one of the sport’s best returners, Zverev won 79% of first serve points, and was only broken once.  But Medvedev’s service numbers rival that of Zverev.  This week in Bercy, Daniil has struck 35 aces to just seven double faults, and won 83% of first serve points.  So it wouldn’t be surprising to see a tiebreak or two in this championship match.  Based on recent form, as well as their previous head-to-head, Zverev should be favored to win his fourth Masters 1,000 title.

Related Topics:Paris Masters
Up Next