Steve Flink on the men’s US Open: “This is Djokovic’s to lose” - UBITENNIS 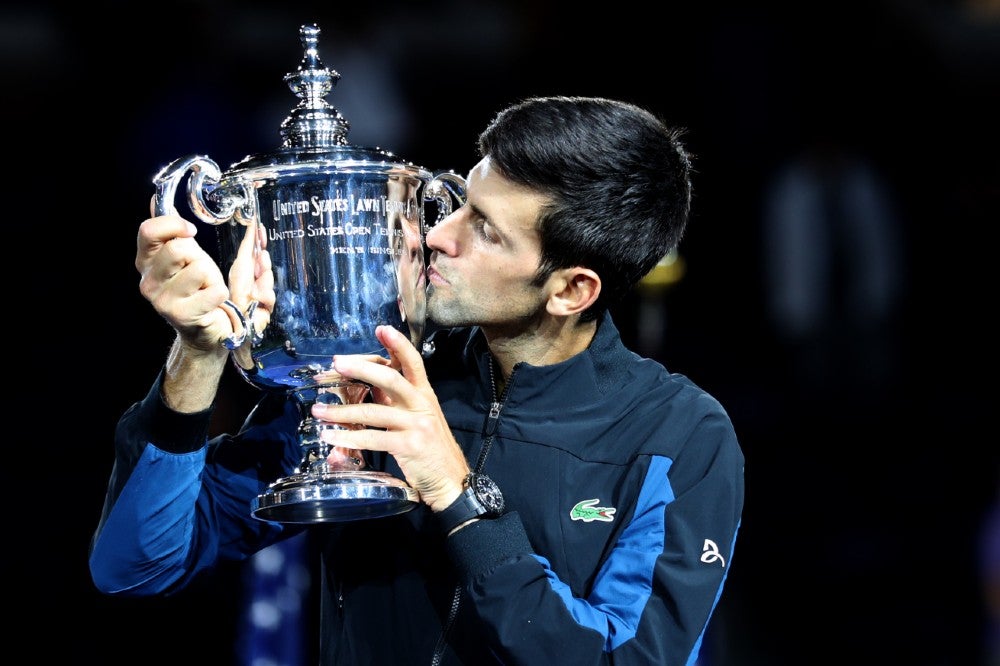 The Hall of Famer journalist and writer talks to our website’s director, Ubaldo Scanagatta, and presents his great new book, “Pete Sampras. Greatness Revisited”, available for purchase from September 1. However, the US Open is still very much on his mind: will someone be able to deny Novak Djokovic his fourth Flushing Meadows title as well as his 18th Major title?

00:00: “How many editions of the US Open have you reported on, Steve?” The strange feeling of not being there this time…

03:00: “Djokovic doesn’t have the easiest of draws, lots of big servers…”. Does Isner have what it takes to take him down in a five-setter though?

04:30: Is Opelka just an Isner doppelganger? “One thing’s for sure: Tsitsipas must be fed up with playing the two of them plus Anderson and Raonic in a row!”

06:56: Is it fun to watch matches between big servers? “Let’s just start with the tie-breaker!”

08:30: First half of the draw: who’s in to challenge Djokovic? “I think we are in for an exciting Djokovic-Tsitsipas match-up!” What about Sascha Zverev and his serving woes?

10:59: Second half: Medvedev v Thiem coming? “The Austrian was no show in this week, he cannot get away with that in a Slam!” Is Thiem ready to shield himself from the Canadians in his side of the draw?

13:08: What about last year’s semifinalist Matteo Berrettini? “I can see him get to the first round pretty easily, but then he has a rematch from last year against Rublev…”. Could the Italian beat both Russians, Rublev and Medvedev?

15:24: David Mercer, the Chair Umpire of the 1984 Wimbledon final between Connors and McEnroe has passed away. “He also worked in broadcasting and showed real love for the game. We lost a comrade.”

17:30: The French Open is trying to get more than the currently allowed amount of 5,000 spectators in attendance – are Steve and Ubaldo planning to fly over to Paris for their trademark daily videos?

19:34: On Steve Flink’s new book, “Pete Sampras. Greatness revisited”: “The book will be released on September 1, I’m very excited, so many players have spoken to me other than Sampras himself, from Djokovic to Edberg to Chang to Ivanisevic. There is a lot for readers to enjoy!”

21:43: Did the 14-time Slam champion enjoy the walk down Memory Lane? “Some players remember every single point they played, such as Agassi or Navratilova. Sampras doesn’t think that way, but he has a very keen memory for the crucial moments.”

21:47: As a 14-year-old, Sampras transitioned from a double-handed backhand to a one-handed stroke at the behest of his coach, Peter Fischer: “He was already thinking about Wimbledon, and I think that 14 Majors proved him right!”

24:10: That terrible match against Chang in 1989 and Gianni Clerici’s prophecy…

25:30: “One thing that he doesn’t get enough credit for is his mental toughness, especially on his second serves.” Is he the best server of all time?

26:26: Sampras doesn’t appear to miss the game, but is that factual?

Steve Flink on the US Open’s female draw: “Is this Serena Williams’ last chance? Osaka is the favourite, if healthy”