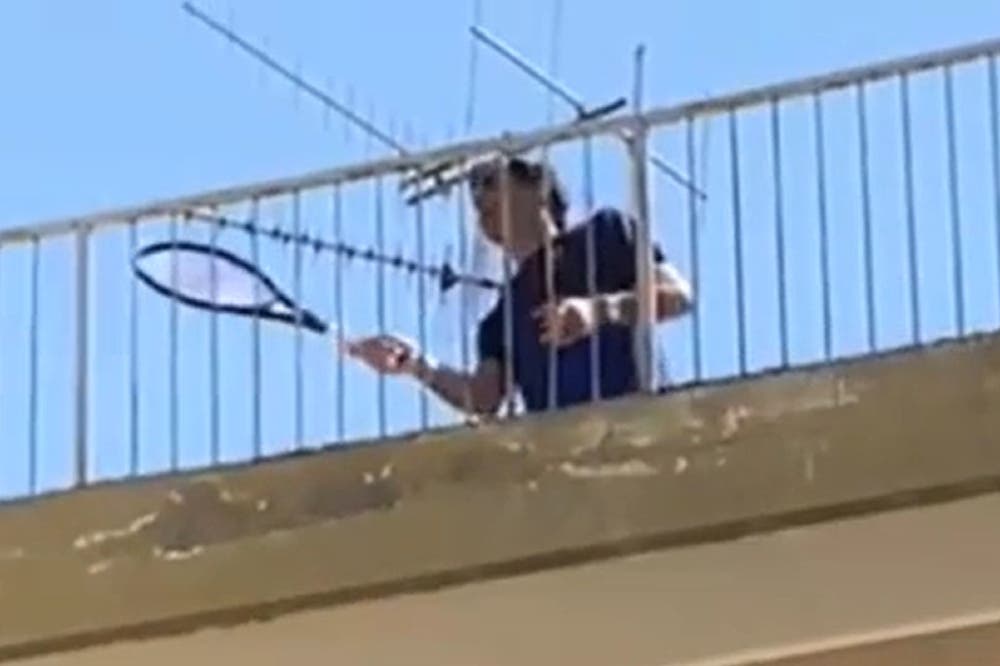 Roger Federer has suddenly appeared on an Italian rooftop in the town of Finale Ligure (in the province of Savona, a one-hour drive from Genoa) to shoot a new TV commercial for Barilla, the world’s largest pasta producer, for which the Swiss legend has been the celebrity spokesman since 2017.

The setting for the ad is not a random choice. As a matter of fact, that same location made quite a few headlines during the Coronavirus lockdown, as two girls, Vittoria Olivieri and Carola Pessina (13 and 11 years old), rallied and traded shots from the rooftop of their respective buildings. The video immediately went viral in the tennis world, and was shared by the ATP’s official website:

Obviously, it was this quarantine video toBto attract Barilla and Federer’s to the small seaside town. For this commercial, though, the Swiss maestro wasn’t asked to wear an apron and cook with a starred chef, but rather to showcase his own top notch skills, albeit in a peculiar setting. In fact, the two girls were asked to re-create their famous rooftop rally, but this time with a special sparring partner like Roger Federer.

Related Topics:barillaRoger Federer
Up Next

Simona Halep signs up to Ladies Open in Palermo